Every now and then, I am able to step back and observe my life and the events taking place as through a telescope.  In other words, I am able to gather the information from distant occurrences and bring them into focus; seeing them as a larger and clearer image.
For instance, I look back over my life and see how all the twists and turns have brought me to this point, and I can see God's hand and direction... how He took me from a small understanding of Him into a full-blown commitment to glorify Him in this sinful world.  It's a big picture of my small time on this earth. 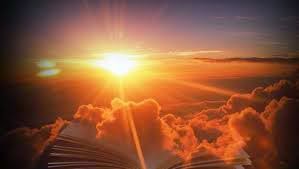 And for the last few weeks, I have not been able to keep my thoughts from turning to Jesus's prophecy in Matthew 24.  Even if you are not a Believer, we are all living in this world and seeing and experiencing the same events and phenomenons -- wars, disease, food shortages, earthquakes, volcanos, and religious persecution.  You can believe what Jesus says about these happenings -- that they have some significance for our eternal future -- or you may simply view them as a part of living in this human world.
It is easy, both to dismiss current events as having no lasting effect upon the world (this is nothing new in the history of man); or to ascribe too much to our own knowledge and opinion, claiming to know God's timeline.  I am doing neither.
Yet, I know that the Lord says He will come like a thief in the night, and we should be alert and informed about the signs of His approach.  For centuries Christians have debated exactly what He was telling us.  Should we just blindly trust that we are Saved and don't need to worry about when He is coming?  That we can't or won't be caught unawares?  If so, why does He give such specific answers in Matthew 24 as to what the signs will be of His coming, and the end of the world?  Why does he caution us numerous times to "keep watch" and "to be clothed and ready, lest we be found naked?"
These are the questions that have been plaguing me for some time -- as I observe what seem like endless wars in the Middle East, and new ones threatening in Russia/Ukraine; as I detect a growing threat of an Ebola worldwide pandemic; as I see hatred fomenting against our Christian faith across the globe; and as I watch the earth groaning and splitting apart from unprecedented earthquake and volcano swarms.
Has the history of man seen other such dark periods?  Of course.  Have other generations felt they were facing "The Tribulation"?  Absolutely.  So, why am I and other Christians, today, actually studying this topic in Scripture as never before in recent times?  Individuals, denominations, and churches that have shunned the study of the Book of Revelation in the past are suddenly hungry to understand its hidden meanings.  They are tying this New Testament prophecy to the Old Testament prophecies of Daniel, Isaiah, Jeremiah and Ezekiel, and seeing a newfound relevance to our day and age. 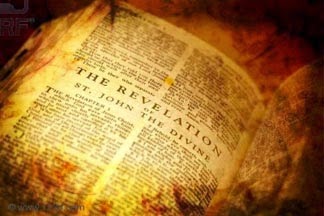 New students of The Tribulation are scurrying to figure out where we might be in the seven-year period of adversity; and to identify the Anti-Christ; or determine when the four horsemen of the Apocalypse will (or have) started their rides.
Even our entertainment industry is picking up on this reawakening to Biblical prophecies.  "Noah" has come and gone, "Left Behind" is scheduled for a remake, as well as the much-beloved "Ten Commandments"; only this time it has been renamed "Exodus: Gods and Kings", and stars Christian Bale as Moses.  What is behind this renewal and interest in Jesus's prophecies and God's judgment upon man?
Are we seeing the "Big Picture" and the fact that the "wars and rumors of wars" that Jesus predicted have really been ongoing since the beginning of the 20th Century?  Can we see that approximately 203 million have been killed from wars, genocides, intentional famines, and religious martyrdom; from WW I up to our present day wars and atrocities?
Are we discerning that the famines, pestilences and earthquakes Jesus predicted are very much present?  Or that we "shall be delivered up, and killed, and hated" for His name's sake?  The increasing number of Christian's who are being arrested and imprisoned in foreign lands, along with the slaughter by ISIS is reminiscent of Nero's purge against the Early Church.  We are even seeing the  beginning of atrocities in our own country.
I cannot help but see the Scriptural reference to those who will "be offended", and who will "betray and hate each other", as I witness the growing schism in the Church.  Differences in how same-sex marriage, the veracity of the Bible, and even how the existence of heaven and hell are viewed is leading to animosity and bitterness within the Body of Christ.  Now, Christians are not only battling those who discredit our faith, but we are fighting each other!
In Matthew 24, Jesus goes on to tell us that there will be many false prophets who will represent Him, and we see that in the growing influence of the Emerging Church, Chrislam, and Mega-Church Pastors who sell their own brand of the Gospel Message.  Right before He gives us the crucial sign of His return ("the Abomination of Desolation" in the Temple), Christ tells us that the earth will "abound" in lawlessness; sin will permeate our worlds and "the love of many will grow cold." 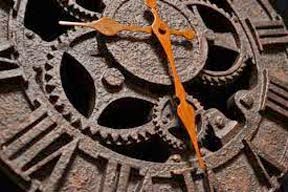 Sadly, I see that in members of my own family.  I have a brother who is a brilliant cancer geneticist who refuses to see God in his research.  Unfortunately, his arrogance and his belief that his intellectual pursuits are superior to my faith will yield no life beyond this one.  His heart is cold and turned from God; his time is running out.  At this point, all I have to offer him is intercessory prayer, and so I continue.
I write these sentiments today, not because I want to predict where we are on Christ's Tribulation calendar, but because my heart and soul are telling me that the essence of this world is fleeting -- I think I am more aware of all that is going on because I sense there is soon going to be a dividing line; between those who belong to God, and those who do not.   The events of this world will force us to decide on which side of that line we take our stand.  That's why, not even war, or a killer disease, or the threat of martyrdom should dissuade us from living our lives for Christ.  In the end, it is not our jobs, our homes, our reputations, our relationships, or our "things" that matter.  Why are we worried about preserving them?  We are to endure whatever comes against us for one purpose ... to glorify and exalt God.  None of us will escape making these choices.  Now is the time to be watching, to be sharing Christ's saving Grace, and to be clothed in readiness to receive Him.

Luke 21:36  "But stay awake at all times, praying that you may have strength to escape all these things that are going to take place, and to stand before the Son of Man."