Ebola in Texas! And So Many Questions ... 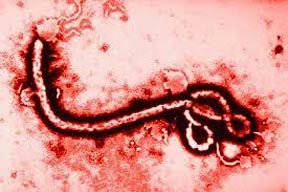 You can imagine the potential of fear and panic, now that a diagnosed case of Ebola has surfaced in the United States.  And we, here in Texas, are especially concerned.  We have very little information coming from health authorities, other than the patient is isolated in a hospital in Dallas, and is extremely ill.  But what facts we do know are not convincing us that the CDC has it all under control.
We are repeatedly told via talking head doctors on major news outlets that this pernicious disease is only transmissible via bodily fluids, and that a person is not contagious unless presenting symptoms.  Even if I believed this line of reasoning --- and that's a big IF --- we have much to be anxious about.
First of all, this patient came to Texas from Liberia, one of the hardest hit countries in West Africa.  According to a very detailed article on the UK's Daily Mail website, "People boarding planes in the outbreak zone are checked for fever, but that does not guarantee that an infected person won't get through."  So, it seems to me that an obvious question would be, "Why aren't we considering quarantining people when they arrive in this country from Liberia?"
(SIDE NOTE:  Our history on quarantining is neither admirable nor well-executed.  Wikipedia reports that our immigration policy at the turn of the 20th Century included quarantine hospitals near Ellis Island after a pandemic of cholera broke out in 1910.  I also discovered a sad commentary on that period, in which "over 420 individuals — 85% of whom were children under the age of 13 years old — died in Quarantine at the two hospitals."  Family members of those contained were often allowed to proceed through customs, never knowing what happened to their loved ones, or where they were buried.)
In this day and age, we are able to identify the symptoms of Ebola to include fever, muscle and joint pain, vomiting and bleeding; and we know that it may take as long as 21 days from exposure to an infected person before one starts showing these symptoms.  Again, The Daily Mail reports that "Health officials use two primary guidelines when deciding whether to test a person for the virus - whether that person has traveled to West Africa and whether he or she has been near friends or relatives or other people who have been exposed to the virus." 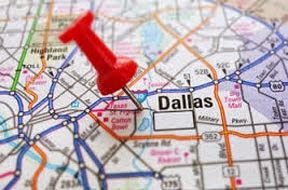 We know that this latest Ebola victim arrived in Dallas on September 20th, and began showing symptoms on the 24th, and subsequently went to a hospital on the 26th for treatment, only to be sent home with antibiotics.  Then on the 28th, two days later, he is diagnosed with Ebola and placed in isolation.  So what happened to these all-important "guidelines"?  I am assuming that 1) the hospital was aware he had arrived in the U.S. from Liberia, and 2) it certainly sounds like his symptoms on the 26th should have aroused some suspicion that Ebola might be suspected.  After all, he had been sick for 2 days already, and it only took 2 more days to demand his placement in an isolation ward!  As the article so clearly states, "It raises the frightening prospect that he was mixing freely with others for a full four days while showing symptoms of the virus -  the time when Ebola is most contagious." [my emphasis].
Again, if you believe that symptoms must be present to be contagious, this is clearly reason for great concern on the part of anyone who might have come in contact with the patient -- from family members, to hospital personnel, to the public.  But, if you have suspicions that this disease could be airborne, and contagious far earlier than the 21 days to present symptoms, then that opens a much broader window for contagious scenarios -- fellow passengers on the plane from Liberia, and all those who came into contact with the patient post-arrival in the U.S.
While U.S. health authorities have not been forthcoming in identifying the patient, the Daily Mail article quotes the president of the Liberian Community Association of Dallas-Fort Worth, lending some consideration that the patient is either Liberian himself, or his family has ties to Liberia -- all the more reason to question the initial hospital screening practices.

From my understanding, the CDC continues to maintain that U.S. hospitals are quite capable of handling Ebola cases.  But is this proclamation due to the facts that this country only has four special isolation facilities, (such as those who treated Dr. Kent Brantley and his missionary colleague, Nancy Writebol in Atlanta), and there is no longer any of the experimental serum ZMapp that saved their lives?  Does it mean that any future cases of Ebola will not receive this specialized care and will have to rely on individual hospital protocol?   It will be important to see if the seriously ill patient in Dallas survives without the specified care that these two patients received.
And speaking of Dr. Brantley, when testifying before the Senate Health, Education, Labor and Pensions committee, he was quick to label Ebola as "a fire straight from the pits of hell."  So without panicking, what should we, as individuals and families, do to prepare for the possibility of an outbreak?  I do not think it is inappropriate to prepare for the worst, and pray for God's mercy on this nation.  Inexpensive Tyvek suits, gloves, masks, and supplies such as Bleach and Hand Sanitizer are certainly items that should be considered.
But what we need more than anything else is the truth!  I would like to know what is planned for the returning military personnel who are being sent to help contain the outbreak in Africa?  Can we rely on local, state and federal health authorities to provide accurate reports on new cases, as well as informing those who might have come into contact with infected patients?  We are being asked not to panic or react out of alarm ... but being less secretive and more forthcoming would go a long way towards calming irrational fears.
Finally, I know that my trust truly belongs with the Lord.  I must rely on Him to protect me from this pestilence and the missteps and misjudgments of man.  He has the power and the authority to heal us.  May He protect this land!

Matthew 9:35    "And Jesus went throughout all the cities and villages, teaching in their synagogues and proclaiming the gospel of the kingdom and healing every disease and every affliction."