One Muslim's View of Christianity 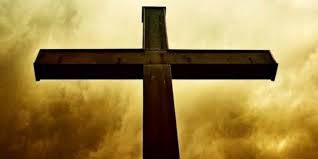 A rather minor story blipped across the media radar screen last week, but it caught my attention.  I have not been able to ignore its implications; it has caused me to do some serious thinking.  So I thought I would share my thoughts with you .... The Environment and Urbanism Minister of Turkey, Mr. Erdogan Bayraktar made the following statement:  "Christianity is no longer a religion. It’s a culture now."
He made the statement in the context of a warning to his fellow countrymen.  He cautioned them that Islam must not follow the path of decline that has seen Christianity watered down to philosophical clichés and ineffectiveness, and countries like ours turn away from faith and towards secularism.  Presumably, he is championing a more robust form of Islam; one that would not restrict the "key aspects of Islam" (like Sharia law and Jihad?).
But my focus today is not on Turkey and their struggle, but on ours.  Is he correct?  The Turkish Minister backed up his opinion with this statement:  "There are 2.5 billion Christians in the world ... The biggest three countries in the world are not Muslim countries. China, India – only the U.S. believes in a single God. Spirituality and religious feelings are weakening."  He went on to say that a Religion "teaches", and implied that Christianity no longer does that... it has simply become part of our culture; it no longer trains, illuminates or enlightens our existence.
That bothered me a lot because it was a pretty strong indictment.  And I wanted to resolve the accusation in my own mind.  First of all, what do I consider a Religion to be?  The dictionary defines "Religion" as:  the belief in and worship of a superhuman controlling power, esp. a personal God or gods; a particular system of faith and worship; or a pursuit or interest to which someone ascribes supreme importance.  "Culture" is defined as: the attitudes and behavior characteristic of a particular social group; the arts and other manifestations of human intellectual achievement regarded collectively [of a particular nation, people, or other social group].
I have never believed that God commanded us to form a Religion; in fact so much damage has been done in the world (and the Church) because of Religion.  The problem with Religion is that it does become "a system"; and oftentimes is at the whim of men.  That being said, Christianity is so much more than a Religion or a belief system ... to me it is the foundational hope that I have through my relationship with the Son of God and all that He has done for me.  It is the way I live my life; it is a hunger that I have to know more of Him; it is how I treat other people.  His teachings guide my speech, my thoughts, my actions.  He is who I want to share with everyone.  Do I live my Christianity perfectly? No. I will admit I am a work-in-progress.
So, in the West, or in this country in particular, has Christianity become just part of the culture; another aspect of our secular society?  Is it just an "attitude" or viewpoint of a particular subset of our social fabric?  Is it just an "intellectual act" that we flaunt in public, especially on Sundays?  If Mr. Bayraktar is right, and a Religion should teach something, what is our Christianity teaching about us?  Mind you, none of us would like to see our faith mimic the harsher and more authoritarian versions of Islam.  But I must ask myself if I "teach" or "demonstrate" the true message of Christianity when I declare my faith.  Do others see Jesus Christ, my Savior, in me?
In the end, I do not disagree with this Muslim that Christianity is undergoing a change in its perception of itself.  It is what the Bible calls "the falling away" or apostasy.  But there will always be a true remnant of the faithful who hear the Lord's voice and set themselves apart from the temptations of this life.  They remain constant and unwavering in their loyalty.  Their faith is genuine, heartfelt and a light unto the lost of the world.  Let His light shine in and through you!

1 Peter 2:9    "But you are a chosen race, a royal priesthood, a holy nation, a people for his own possession, that you may proclaim the excellencies of him who called you out of darkness into his marvelous light."