We now are hearing that Christians in the Middle East have more to fear than the Islamic State.  Both Breitbart News and Fox News have recently published reports that Christians are coming under attack from hard-line Islamists in Saudi Arabia, our so-called ally in the region.
To be exact, The Commission for the Promotion of Virtue and Prevention of Vice, is making it a practice to round up Christians who are allegedly conducting "home churches" in their residences.  Within the last two weeks, twenty-eight people were rounded up -- including men, women and children -- and Bibles were confiscated.  According to human rights activists, the whereabouts of these people are unknown.
It is seldom acknowledged, but Saudi Arabia is "the only nation state in the world with the official policy of banning all churches," reported Nina Shea, of the Hudson Institute Center for Religious Freedom.  "This is enforced even though there are over 2 million Christian foreign workers in that country. Those victimized are typically poor, from Asian and African countries with weak governments."  But they are nevertheless, bold in their faith! 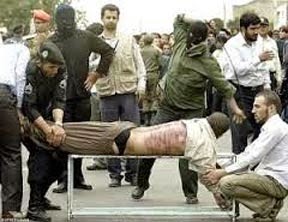 In fact, the Saudis ban all non-Islam religions.  With the country being 90% Sunni Muslim, one can imagine that Christians, whether workers or visitors, would not be welcome.
Breitbart News reports that in February 2013, Saudi Arabia arrested 53 Ethiopian Christians for praying in a home. The authorities accused the three leaders of trying to convert Muslims to Christianity. Three months later, a court sentenced two men to lashes for converting a woman to Christianity.
The English language Saudi Gazette ran this news item:  A Lebanese man was sentenced to six years in prison and 300 lashes for converting a woman, while a Saudi man was sentenced to two years and 200 lashes for aiding her escape abroad [to Sweden].
Although the official statement of the Saudi government is that they are unaware of the most recent mass arrests, it is well known that Saudi Arabia’s Islamist religious police continue to expunge any trace of Christianity within its territory.
So here comes the central point of my post:  why are we not hearing about these latest persecutions from every pulpit in America?  Are not these our fellow Brothers and Sisters in Christ?  Shouldn't we be offering intercessory prayer for their protection and deliverance?  Yet, I would be willing to bet that very few of our in-church-every-Sunday brethren are petitioning God on their behalf.  Why?
Well, I think that Eric Metaxas, the author of one of my very favorite books, Bonhoeffer: Pastor, Martyr, Prophet, Spy, has discovered the answer.  Speaking to the audience at the "In Defense of Christianity" summit, just one day after Senator Ted Cruz was booed for his stance on supporting Israel, Metaxas made it clear just where he stood, as well.
FrontPage Mag reported that the best-selling author "spoke about the critical spiritual implications of refusing to stand in solidarity with others who are persecuted."  The summit was meeting in response to the persecution of Christians, Jews and Muslims in Iraq by the ISIS army; anyone who would not convert to Islam or who opposed their reign of terror.  Metaxas cautioned that we should be standing in unity with all the persecuted throughout Iraq and Syria, no matter what their faith, as well as the Lebanese, Saudi, and Ethiopian Christians who are being persecuted for their spreading of the Gospel. 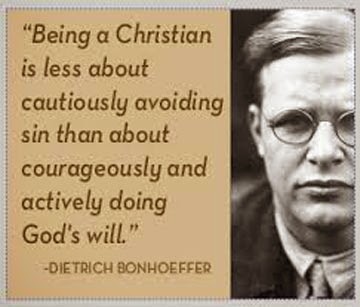 Metaxas quoted Bonhoeffer, a German Lutheran pastor during Hitler's savage persecution of the Jews, who said, "Silence in the face of evil, is evil."  (Bonhoeffer was subsequently executed for his part in a plot to assassinate Hitler.  He struggled with his conscience, but ultimately hoped that God would understand his need to confront evil).
Metaxas said that he had learned in his research for Bonhoeffer that many people that “claimed to be Christians” were silent because they were more “nationalistic” than they were Christian.  He reiterated gently but firmly that it was never appropriate to “conflate nationalism with Christian faith.” He made three points that show why Christian identity cannot be one with nationalism:
1.  The role of the Church is to be the conscience of the State. If it is one with the State – appeasing or compromising – it is abdicating being the Church.
2.  Satan is the one who divides the Church. After lightheartedly asking the audience, “you do believe in Satan, right?” Metaxas said, “We only see the true Church of Jesus Christ where there is unity.” He declared that the greatest enemy of Satan is unity in the Church.
3.  The Christian’s first allegiance is to Jesus of Nazareth (“Jesus the Jew,” he added), not to his or her nation.
So does this explain the silence in the American Church?  Are we too worried about our 501(c)3 status to be the moral conscience of the country?  If we speak out about persecution against fellow Christians in far-away places, how does that appear as criticism of our foreign policy?  Since when did Jesus say that politics come before the Body of Christ?  Of course, these questions would not even be on the table if the Church was acting like the true Church of Jesus Christ, instead of a "luke-warm" imitator.
Just because this is not happening to American Christians (yet), does that absolve us from a spiritual relationship with other persecuted Christians?  Metaxas was frank in declaring that our unity with fellow Christians, persecuted or not, should not be about national unity or political unity.  It is about unity as the Church, one Body of Christ around the world, called to speak with one voice against evil ... just as Dietrich Bonhoeffer did, and as Senator Cruz had said during his speech.  “Speak up for your Christian faith. Speak up for your Brothers and Sisters. Repent of this silence. Rejoice to be in the Lamb’s Book of Life.”  Well said, Mr. Metaxas!

Ephesians 6:18   "Praying at all times in the Spirit, with all prayer and supplication. To that end keep alert with all perseverance, making supplication for all the saints..."
Posted by Pam Kohler at 7:00 AM