Jihad From the Inside 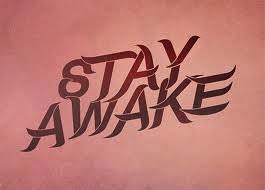 The recent beheading of an innocent woman in Oklahoma has us all unnerved.  The threat is no longer that someone waving the black flag of ISIS will travel to America and overtly commit this barbaric act.  It is becoming more apparent that the influence of this radical terrorism is being stealthily encouraged and incited right under our noses.
News reports are now surfacing that the killer in Oklahoma attended a mosque which was led by an Imam with ties to known Al Qaeda mastermind Anwar al-Awlaki.  This same Imam has ties to the mosque attended by the Boston Marathon Bombers, the Tsarnaev brothers, and to Nidal Hassan, the murderer at Fort Hood in Texas.
In case you're thinking that my thoughts are just an over-reaction to random relationships, I'd like to introduce you to Dr. Mark Christian, an Egyptian Muslim by birth, and now a practicing obstetrician/gynocologist, who has stepped forward to sound the alarm about the Muslim Brotherhood's plan to infiltrate America through immigration and cultural reform.  Dr. Christian is the founder of the Global Faith Institute, which according to their website, is "a Christian platform dedicated to the proclamation and pursuit of truth as it relates Middle Eastern history and current happenings to the rapidly unfolding events in the US and around the world."  As the banner on the website proclaims, "Islam Isn't an "Over There" Problem... It's a Right Here, Right Now Problem."
Dr. Christian is well-qualified to speak about "this problem".  His bio speaks for itself:  Groomed from boyhood to become an influential leader of the Muslim faith, Mark was afforded unparalleled exposure to the ideology and objectives of radical Islam, and the stringent creed of Sharia law.  This exposure was gained through his remarkable experiences as the constant companion and confidante of his father, a wealthy doctor, devout Imam, and persuasive advisor for the Muslim Brotherhood in Egypt – and through his uncle, who, during the massive imprisonment of the Muslim Brotherhood members in Egypt in 1965, shared a cell with Sayyid Qutb, the revered and infamous ideologue for the Brotherhood’s movement.
However, in 2003, Dr. Christian broke with his Islamic faith, converted to Christianity, moved to America and changed his name.  Now, in a very pointed article on FrontPageMag, Dr. Christian is warning his new country that "stealth jihad" is a very real and present danger.  He explains that “The Muslim Brotherhood is so big right now and so influential and so wealthy that they can do things on their own.  The only thing that is missing is the power of the U.S. military to be on their side.”  That is a very frightening scenario!
Their plan is aligned with that of ISIS; to start a new Islamic empire, from which they can control the world.  As it relates to America, they are working through immigration and reforming our culture.   Dr. Christian shares statistics from the Pew Research Center, which state that prior to 1990, less than 5% of our nation's immigrants came from Muslim countries.  But the latest numbers show that "more than 1.7 million Muslim immigrants have come to the United States between 1992 and 2010."
Temporary student visas and a return to their home countries used to be the procedure; but now permanent status can be gained "through an array of programs, including the U.N. refugee program, the annual diversity visa lottery and special programs for foreign religious leaders."  And here is where the threat to America becomes obvious:  according to Dr. Christian, these refugees and immigrants don't assimilate well to American culture, and often don't respect our values.  They can't identify with the American mindset that embraces individual liberty and personal responsibility.  They become easily disillusioned, suffer low-paying jobs, and "supplement their paychecks with food stamps, Medicaid and government-subsidized housing."  They are ripe for exploitation. 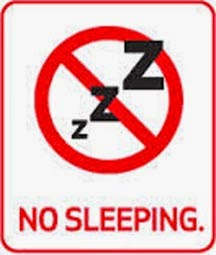 Dr. Christian further warns that Europe's experience with their immigrant Muslim populations could soon become America's nightmare.  One just needs to look at the riots and problems that countries like Britain, France and Germany are experiencing, to see how quickly a nation's culture and laws can be impacted by a push for Sharia Law.
And Dr. Christian points out that Islam is not just another religion.  It has a very deliberate political component.  And organizations like the Muslim Brotherhood are not afraid to take advantage of America's never-ending pursuit of Political Correctness, tolerance and diversity.  Because of his own family experience with the Muslim Brotherhood, Dr. Christian is trying to sound the alarm, pronouncing what he calls stealth or cultural jihad:  "The Brotherhood’s strategy is three-pronged. It uses its front group CAIR (Council on American Islamic Relations) to influence the government and military life, while ISNA (Islamic Society of North America) works to foster “interfaith” dialogue with major Christian denominations and Jewish organizations. A third front group, the Muslim Student Association, or MSA, focuses on influencing K-12 and university education."
What he says makes sense:  "They want to influence the whole United States,” Christian said. “They see the U.S. as three things – it’s a government, it’s a religious institution and it is colleges and education; so we have three organizations and all are designated to each one of those things."
And what makes me sad, as well as disturbs me, is his accurate portrayal of this furtive influence in the churches of America.  “They say, ‘Oh we all worship the same God and we need to find common ground,’” Christian said. “It’s all about ‘respecting women, Islam is great,’ and it’s all a bunch of lies. Whenever you find those kinds of movements within the church, you always find a watered down, very liberal theology that is anti-Semitic and anti-Zionist. But there is money involved and influence involved.”  I experienced this at a mega-church I used to attend.  When an imam was invited to speak, red flags went off in my soul, and I began to see a steady decline in true Biblical principles.
Ultimately, Dr. Christian's warnings seem frighteningly accurate.  If you are paying attention, you can see the influence within our government, our educational institutions, and our churches.  While the radical "overt" jihad is readily apparent through attacks like we witnessed at Fort Hood, and more recently, in Oklahoma, it is the "covert" jihad through political influence and money that we need to control.  We all know that such influence and money equals power.  This particular power is merging and inserting itself into the very foundations of our nation and culture.  If you are sufficiently alarmed, then perhaps these final words of Dr. Christian will wake you up:  "It is coming together even better, I think, than they planned."