"That Will Never Happen..."

How many times have you heard this phrase uttered, as many of our fellow Americans still refuse to abandon their normalcy biases?  Don't you want to shake them out of their blindness and point out all the ways in which the world is changing?  The ways that they have repeatedly claimed would never transpire?
For instance, there are the people who refuse to look at the possibility that the U.S. dollar could one day lose its status as the world's reserve currency.  "That will never happen," they say.  "The U.S. is the economic leader of the world.  The dollar is as strong as it's ever been."  Well, I would like to point out that at the beginning of this month, during its annual economic summit, Russia signed a joint cooperation pact with China to begin moving away from the U.S. dollar and promote their own currencies between themselves. 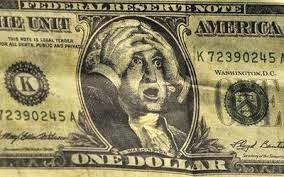 Combine this news with the fact that Russia just signed a $400 billion, 30-year deal to supply gas to China.  Economic analysts explain how this effects America:  China buying Russian oil exports means the Chinese yuan will be exchanged directly into Russian rubles -- this, in effect, bypasses the U.S. dollar.  And as Russian deals with the U.S. economic sanctions, it is forced to use the ruble for its trade purposes.  This, in effect, changes the ruble from a convertible currency to a reserve currency.  No need for the dollar, there!
If more major and developing countries begin to conduct their trade in their own currencies, and outside of the U.S. dollar, it doesn't trend well for the strength or value of the dollar.  While the dollar has been strong against foreign currencies in the past, it has also allowed us to borrow great sums of money from fellow nations.  But that has meant rising U.S. debt, and a growing lack of confidence in the solidarity of the dollar.
While the dollar still remains as the world's reserve currency, there are cracks in the foundation of that position, and the signs of our economic collapse grow more prominent.  But that will never happen, right? 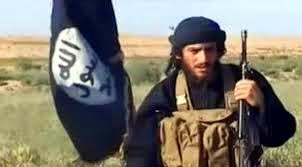 Another issue to which Americans have been blind is the creation of a Global Caliphate.  "That will never happen," they said.  "You are over-reacting to Islam and its adherents.  It's just a small minority who are radicalized.  No one wants a Caliphate."  Can they still say that?  If the events of recent weeks and months does not wake them up, then they must truly be in a "normalcy coma".  I do not believe that any rational person can deny that a new Caliphate is a distinct possibility.  Radical jihadists from all over the globe are flocking to the call of a sophisticated, social media-savvy, blood-thirsty army of Muslim extremists.  They have made their goals known, and in case anyone is paying attention, they are doing a pretty good job of accomplishing their objectives.
And in case anyone is unaware, we are directly in their sights.  I've also noticed that ISIS is making inroads in Lebanon, strengthening themselves in Syria, and threatening to launch a campaign in Jordan ... is all this with the ultimate goal of surrounding and attacking Israel?  They have declared themselves a Caliphate; an Islamic state ruled by strict Islamic laws.  From where I sit, they're well on their way to establishing exactly what they proclaim.  But that will never happen, right?
Finally, Americans cannot foresee that another Holocaust could ever be perpetuated upon the Jews.  "That will never happen," they answer.  "The world would never let that happen.  It was such a horrendous crime against humanity; we have progressed beyond that."  Are they aware of what is going on in Europe and on the streets of our own cities?  Read my post from Friday.  Do they know that Muslim radicals in France, Great Britain, Denmark, Sweden; and yes, even Germany, have targeted Jewish citizens and businesses --- just as they did prior to WW II?  Do they know that Jewish schools and institutions are being burned, and people have been killed?  Are they aware that Orthodox Jews in our own country have been shot and killed while on the way to synagogue, or that swastikas are beginning to appear across the landscape of our cities?  Do they know that Jews are beginning to fear for their lives and property, just as they did only 75 short years ago?  The signs are there!  Are we being reckless if we keep insisting, "this will never happen again"?
As you can see, the world is struggling ... it is struggling for stability; it is struggling to maintain its humanity; and perhaps most importantly, it is struggling against pure Evil. But do we put our futures at risk when we refuse to acknowledge what the world is showing us?  Are we just too darned preoccupied with our own selfish little world that we can't possibly imagine a pole shift?  Because I can tell you that the spiritual forces behind these events are hoping that we will remain preoccupied while they set their plans in motion.  If we will just stay self-absorbed a little longer, events will fall into place and the things we couldn't imagine happening will be impossible to avert.  I imagine if on September 10th, 2001, you had asked a sampling of Americans if planes could be flown into the World Trade Center towers and bring them down, the overwhelming answer would have been "That will never happen...". Have we learned nothing?

1 Peter 5:8    "Be alert and of sober mind. Your enemy the devil prowls around like a roaring lion looking for someone to devour."