There's a Difference Between Condemning and Prohibiting 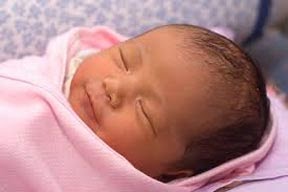 In a twisted vote last week, the California State Assembly Health Committee voted down a bill that would have outlawed the practice of sex selection through abortion.  I say "twisted" because opposition to the bill by all of the Democrats on the committee came because they saw the bill as a prelude to broader abortion restrictions.
Citing U.N. statistics that estimate upwards of 200 million girls around the world have been aborted merely because they were the wrong gender, supporters of the bill explained that countries like India and China are dominated by a male-child mentality, with mothers preferring future working men and family providers over the "burden" of baby girls.  You would think that would be enough to make sure that gender selective abortions never become the law of our land, wouldn't you?
Add to that the very real possibility that women in countries like China and India, where sex-selection and late-term abortions are illegal, may now be coming to California to get the procedure done, capitalizing on the state's loose abortion laws. Assemblywoman Shannon Grove stated her support for the bill, which would outlaw gender selection abortions: "It's outlawed in India, but allowed in California; and people from other countries are coming to California because it's taxpayer-funded."
So was it her warning, or perhaps a moral outrage that swayed her colleagues?  Not a chance!  "The way the bill is crafted, it seems to be a significant roll back on a woman's right to choose and that's not something I'm prepared to support," said Assemblyman Rob Bonta.  Another member of the Committee stated, "My constituents do not support this particular effort in restricting access to reproductive health services or interfering in that relationship that a woman has with her physician."  What are these people thinking?!?
This statement will give you an idea exactly where they are coming from … Chairman of the Assembly Health Committee Dr. Richard Pan reportedly called the practice of gender-selection abortion "abhorrent," but still voted against the bill, saying, "It actually criminalizes the discussion between a physician and their patient around reproductive choices."
They actually see this issue as being about reproductive choices? REALLY?  The sad fact is that although they voted down the official bill (Prenatal Nondiscrimination Act  or AB 2336), Democrats then introduced a resolution to condemn sex-selection abortion--but not to outlaw it!
I guess they feel they've done their duty by introducing a resolution (ACR 149) condemning the practice of gender-selection abortion and designating the month of May as "Femicide and Gendercide Awareness and Prevention Month." Yeah, let's just make a lot of noise and call attention to ourselves,  but not really do anything about ending this evil practice.  There!  We've addressed it, so let's move on.  And, by the way, don't we all feel better now?
But a spokesman for Assemblywoman Grove said it best, "The authors of this resolution oppose sex-selection abortion in theory, and will condemn it in a resolution. Yet they will not support a bill to actually outlaw the practice."
You and I both know that leaves the door open for this sinful procedure to continue.  We can no longer point to the ignorance of Third World countries; nor can we say we are a country that safeguards women's rights --- it's all a sham!  When we knowingly and deliberately refuse to prohibit such a vile and obscene practice, and pretend that "condemning" it is enough; then we deserve whatever retribution God deems appropriate.  He will not turn a blind eye to our wickedness.  I can promise you that.

Ezekiel 23:7    "Keep far from a false charge, and do not kill the innocent and righteous, for I will not acquit the wicked."
Posted by Pam Kohler at 7:00 AM

Email ThisBlogThis!Share to TwitterShare to FacebookShare to Pinterest
Labels: Medical, Our Culture.