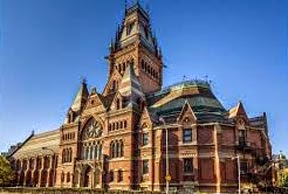 The powers that be at the exclusive Ivy League University of Harvard may have rejected its Extension Cultural Studies Club request to hold a "Black Mass", but do not think that it was done out of reverence for any religious institution, or God, for that matter.
In fact, University President Drew G. Faust affirmed the University’s commitment to free expression, noting that the club would be afforded the decision to proceed with the re-enactment, although she did deplore the event as offensive.  But thanks to the 10,000 men and women of Harvard who spoke out against this despicable ritual, the Satanic Temple was forced to move its "re-enactment" to a location off-campus.
You will understand why this event angered and embarrassed students, alumni and friends of the Harvard family when you realize that, historically, black masses have involved desecrating the Eucharist, which Catholics believe is the real body of Jesus Christ, by placing it on the genitals of a naked woman, urinating on it, and slitting an infant’s throat to pour blood over it.  Nice, huh?  And the President of Harvard thinks this group should be allowed their "free expression."  Disgusting!
But I believe that there is an even deeper significance to the desire to play out this ritual on the grounds of Harvard.  Founded in 1636, Harvard College is the oldest institution of higher learning in America.  In 1692, the leading Puritan preacher, Increase Mather, became president of Harvard. One of his acts was replacing pagan classics with books by Christian authors in ethics classes, and maintaining a high standard of discipline. The Harvard "Lawes" of 1642 and the "Harvard College Laws of 1700" testify to its original high level of discipline. Students were required to observe rules of pious decorum inconceivable in the 21st century, and ultimately to prove their fitness for a bachelor's degree by showing that they could "read the original of the Old and New Testament into the Latin tongue, and resolve them logically."  My, how times have changed!
So what better place for Satan to prove that He has authority in America? The Devil knows darn well that if there was a Harvard group that wished to parody Mohammed, it would have been condemned by everyone.  But it's an open market on any religion that professes faith in God, and everyone is free to express their dislike of Christianity.  Meanwhile, the Devil gleefully uses the members of the University's Extension Cultural Studies Club who claim that they are simply "a marginalized group of society."
Do not be surprised if some Southern Poverty Law Center or ACLU lawyer comes to the group's defense, claiming denial of First Amendment rights.  This fight is far from over, and if the political correctness of the University President is any indication, special dispensation will be given to this group as an "alternative religious community."  For now, I will echo the words of the former President of the Harvard Catholic Student Association:  "This is a time of prayer for those who seek to persecute the Church and the University that has allowed it. The only response to such overwhelming hate is that of Christ Himself: love."

1 John 4:3   "and every spirit that does not confess that Jesus Christ has come in the flesh is not of God. And this is the spirit of the Antichrist, which you have heard was coming, and is now already in the world."
Posted by Pam Kohler at 7:00 AM