She opens her mouth with wisdom,
And on her tongue is the law of kindness.
She watches over the ways of her household,
And does not eat the bread of idleness.
Her children rise up and call her blessed;
Her husband also, and he praises her:
“Many daughters have done well,
But you excel them all.” 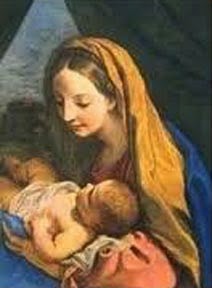