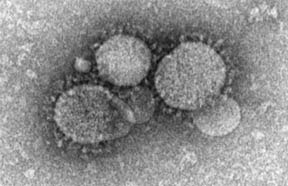 One of the most terrifying scenarios we can imagine is threatening the health of our nation.  The deadly Middle East Respiratory Syndrome (MERS) has now struck a second victim in Florida.  This deadly disease has infected 572 people worldwide, with 167 dying from the disease.  That is a 29.2% case fatality rate.

The first case in the U.S. was a man who had worked as a health care provider in Saudi Arabia before traveling by plane to London and Chicago, and then by bus to Munster, Indiana.    He was discharged on Friday, with health officials hoping that was the end of MERS in America.  This second case in Florida has dispelled that optimism.
The man in Florida also worked in Saudi Arabia and had returned home to Orlando to visit family.  At the moment, he is reported as responding to medical care and his prognosis is good; largely because his symptoms were mild and he was not coughing when he arrived at the hospital.
What is concerning to me is that the opinion of the World Health Organization concerning the seriousness of the disease, as well as its method of transmission, changes rapidly.  In February of 2013, WHO announced that "the risk of sustained person-to-person transmission appears to be very low".  But just three short months later, in May 2013, they warned that the MERS virus is a "threat to the entire world".  Further, they are investigating the clusters of cases where transmission of the virus has been from infected patients to healthcare personnel; a reversal of their opinion that it had not yet mutated to a person-to-person transferral system.  The Indiana case certainly seems to lead to that conclusion.
But you should know that the real danger of this disease is fourfold:  it is spreading; it often masks itself as flu-like symptoms; there is no vaccine; and there is no cure.  To the first point, while Saudi Arabia is ground zero, with 483 of the cases, the disease has been identified in Egypt, Jordan, Kuwait, Qatar, the United Arab Emirates, Tunisia, Malaysia, Oman, France, Greece, Italy, the United Kingdom, the Philippines and now the U.S.  What's more, it is now apparent that the virus spreads from person-to-person through close contact, but might also be transmitted to humans from animals, according to the Center for Disease Control.
Symptoms of the MERS virus include fever and cough, which are also symptoms of the flu. MERS can also cause diarrhea and shortness of breath, and can lead to pneumonia and kidney failure.  These symptoms are particularly dangerous for the elderly and people with pre-existing conditions, with nearly one-third of those infected dying.  You should not delay seeing your doctor if these symptoms persist.
There is no effective treatment for the disease, and no vaccine is available.  All that doctors can do is address the symptoms.  You can see why this could potentially become a modern-day plague.  I personally know of many men who work in the oil-related industry in Saudi Arabia and frequently travel back and forth to visit family.  And since both cases in the U.S. have originated with American workers returning home for family visits, it seems to me we could have a recipe for disaster as this disease continues spreading.  And it is not lost on me, that both Old Testament and New Testament prophets in the Bible foretold that plagues and pestilence would decimate the earth's population.
I'm sure there are those who think that plagues are of the ancient world; that with our technology and advances in medicine, we will never be subject to such an epidemic again.  That might be true if it were not that the God of the Universe is in control, and His divine judgment takes many forms.  I pray that this deadly disease can be stopped in its tracks.  The fact that it has broached our shores should be cause for grave concern by all Americans.

Ezekiel 5:12    "A third of your people will die in the city from disease and famine. A third of them will be slaughtered by the enemy outside the city walls. And I will scatter a third to the winds, chasing them with my sword."