"Everybody's A Winner" Is a Losing Proposition

So, every child at the White House Easter Egg roll was declared a winner by the Leader of the Free World.  The kid that busted his butt patrolling the grounds and worked his plan to collect the most eggs, is declared equal to the kid that was happy to let others do the work for him... after all, there was always the chance that the eggs would be redistributed equally, right?  And if not, he was still held in the same esteem as the over-achiever.  Why sweat it? 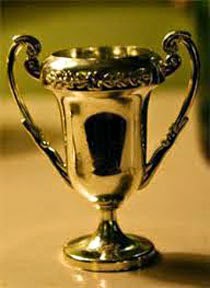 And that's what has landed this country's kids a dismal 36th in the world rankings for education.  A global exam was given last year to 15-year-olds from around the world.  U.S. performance was extremely low, with our kids scoring average test results in reading and science, and well below average in math. We failed to reach the top 20 in any of the subjects tested. America fell notably below the United Kingdom and well behind most of our Asian counterparts.  That's not surprising.  As we approach high school graduation next month, take note of the last names of the Valedictorians and Salutatorians of the Senior class.  I would be willing to bet that a majority of them are Asian names.
Education Secretary Arne Duncan contributes the poor results to stagnation.  "The problem is not that our 15-year-olds are performing worse today than before...the problem, instead, is that they are simply not making progress. Yet, students in many other nations...are advancing, instead of standing still."  Might I suggest that students in other nations are rewarded for making progress?  Could it be that there is honor, pride, and yes, even encouragement to excel beyond others?  Why would our kids today make the effort to do better, when achievement is not worth your while?  When underperformance is celebrated the same as success?
I can remember how important it was to me, as an elementary student, to be the winner of the spelling bee.  Do they even have them anymore in school?  Or is there a fear that a child who didn't do the work might be made to feel inferior?  And I worked hard for that National Honor Society sash in high school, and the Dean's List in college.  That's when learning was measured, and superior knowledge was a sought after goal.
Secretary Duncan just wants to lay the blame on lack of innovation, resources, and good teachers.  How about taking government out of education and returning it to the trusteeship of parents and teachers?  Like everything else, too many people are entrusting the government to do the job that is their responsibility.  The dumbing down of American children is no accident.  An unmotivated, unchallenged, and unrewarded population results in a submissive and unresisting proletariat.  Being a winner doesn't get you anywhere, and everybody's happy with mediocrity.  It's time for a new vision; before it's too late and we find ourselves at the bottom of world creativity and productivity.

1 Corinthians 9:24   "Do you not know that in a race all the runners run, but only one receives the prize? So run that you may obtain it."
Posted by Pam Kohler at 7:00 AM