What's In The Air That We Breathe?

I just spent the entire weekend getting my vegetable garden and my flower beds planted.  And I have to tell you that I'm more than a little concerned about how healthy my harvest will be this year... especially after reading this headline on Truthstream Media:  Gov't Study:  75% of Air and Rain Samples Tested Positive For Monsanto's RoundUp.
You read that correctly.  According to the article, a study conducted by the US Geological Survey comparing figures for air and rain samples from 1995 and 2007 in Mississippi concluded that 75% of all 2007 samples tested positive for glyphosate — the active ingredient in Monsanto’s best-selling herbicide Roundup. 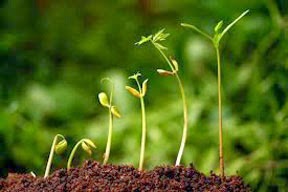 And according to another article on the Global Research website, "Consequences [of glyphosate] are most of the diseases and conditions associated with a Western diet, which include gastrointestinal disorders, obesity, diabetes, heart disease, depression, autism, infertility, cancer and Alzheimer’s disease."  Of course, Monsanto and others in the industry assert that glyphosate is nearly nontoxic to mammals, and therefore it is not a problem if glyphosate is ingested in food sources.  But while there are short-term studies involving rodents that have shown no apparent toxicity, studies involving life-long exposure in rodents have demonstrated liver and kidney dysfunction and a greatly increased risk of cancer, with shortened lifespan.  So, if given a choice, do you really want to take that chance?
But that's the problem -- we don't have a choice!  Apparently this toxic chemical is in the very air that we breathe, and the rain that nurtures our food supply.  Does anybody want to take a guess as to how this is happening?  Think it has anything to do with all the reported sightings of chemtrails?  Or the conspiracy theories that the military's HAARP program (High Frequency Active Auroral Research Program) actually has the capabilities to control weather, and therefore, the rain?
At the moment, how this potentially toxic chemical is falling from the sky doesn't concern me as much as how do I protect my health and the food I eat?  I know I can't control the distribution of glyphosate, but can I limit my exposure and keep my organic food from being tainted?  And I don't know if there is any connection, but I have witnessed an unprecedented number of bronchitis cases this crazy winter -- and all among healthy individuals who have not experienced this respiratory problem in the last decade.  Maybe it has something to do with 80 degree temps one day and in the 30s less than 24 hours later; but that brings us back to ... is this weather natural?  Is anything natural anymore?!?
My husband and I try really hard to stay away from processed foods, and have spent a lot of time teaching ourselves how to garden, how to dehydrate food, and how to pressure can the produce that our garden yields.  I love the idea that we aren't eating all the additives that are included in food off the grocery store shelf.  But now we have to wonder ... rainwater is always preferable to hand watering our garden; but do we need to worry that what has always been considered "pure" is now contaminated?
And have you noticed that there seems to be an epidemic of "gluten intolerance" and celiac disease among the population?  I used to be a skeptic, thinking that the food industry had to develop the latest fad disease so they could create a new market for "gluten-free" products.  But guess what a recent study by Anthony Samsel (a retired science consultant) and Stephanie Seneff (a research scientist at MIT) revealed?
Their study showed that both gluten intolerance and celiac disease are on the rise as a result of ... you guessed it ... glyphosate.  They point out that this rise in celiac disease parallels the increase in the use of Roundup, and the effects of glyphosate are those listed for celiac disease... namely nausea, diarrhea, skin rashes, macrocytic anemia and depression.  "We propose that glyphosate, the active ingredient in the herbicide, Roundup®, is the most important causal factor in this epidemic."
So, even if we have the time and the space to grow our own organic gardens, and can avoid the GMO food being sold over the counter, we are still being assailed on all sides by unnatural chemicals that affect our food supply.  How can we escape it when air, rain and soil samples prove otherwise?
I can't help but sense how displeased God is at evil men messing with His creation.  When they begin intentionally polluting what He has made pure and perfect, then Judgment cannot be far behind.  So, I will leave that up to Him and try to protect His ground that I plant, and be thankful for the natural bounty I receive from His sun and rain.  And I will pray that I harvest only life-giving nourishment.

1 Corinthians 3:7     "So neither he who plants nor he who waters is anything, but only God who gives the growth."