As The Internet Goes, So Goes Our Freedom


I'm more than a little perplexed over our government giving up its authority over the internet.  Perhaps I view it from a typical Western perspective ... the nation that was founded on the unique principle of individual freedoms seems the best qualified to oversee the technical management of the world wide web; especially since we are the ones who invented it.
Granted, our reputation for freedom and privacy has become a little tarnished lately -- Edward Snowden's revelations about U.S. surveillance techniques have contributed to that.  We may no longer be the nation that our Founders envisioned, but I don't think that I want to see a "global entity" in charge of domain addresses and content.  For the moment, there is a free exchange of ideas and opinions, and one can almost always find the truth because it is still available on the net if you are discerning and vigilant. 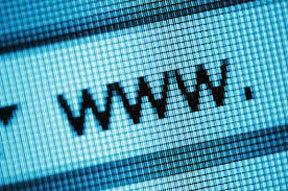 But what happens when China, Russia, Iran, or dozens of other countries gain more control?  By the way, these very nations are already pushing for more authority over the Internet through the International Telecommunications Union, a United Nations agency.  China, Russia, Iran and the United Nations ... now that's a combination that conjures up a vision of freedom, doesn't it?  I'm sure individuals will be allowed to speak freely and openly, right?  And I'm positive that the leaders of these authoritarian countries will gladly allow criticism of their regimes, and there's no need to worry about domains being shut down or voices being silenced.
Which leads me to this thought ... Is it just me, or does the world seem to have gone mad?  Malaysian airliners disappear amid a wide array of conspiracy theories that can't be dismissed outright.  Voices in Russia and the U.S. trade taunting threats of nuclear annihilation, against a backdrop of political machinations in which we don't know who is to blame.  Advocates for Transhumanism promise eternal life as a cyborg, and genetic modification is the new "miracle cure".  The world's economy is teetering on collapse and we seem to be one "event" away from a total cataclysm.  Parents are discovering that they no longer have control over their children's health care, education or discipline; your children are the property of the State.  And last, but not least, the truth about God is being removed from everything -- from our military to our national discourse, and sadly, even in our churches.
But do you know how I can even make these statements?  Because there is a free dissemination of information on the internet!  As broken as our governmental system is, do you think we would know about the genocides in Rwanda and Darfur, if it were not for the internet?  Would we be able to continue to uncover what happened in Benghazi without the internet?  Would we know how Iran's nuclear program is growing, or the increasing threats against Israel?  Would we know about the growing assaults on our First and Second Amendment rights without the internet?  And without the web, would we have the opportunity to research what's really in the Bill - whether it's before or after Nancy Pelosi has signed it?
You see, no matter how much of the information on the net is compromised or propagandized, the truth is out there, and it's free and limitless.  Once the Global authorities get there hands on regulating it, or some dictator decides to assume control, you can bet that they will not allow an unrestricted flow of information to be available to the masses.
Perhaps this circumstance is simply one more nail in the coffin of mankind's right to speak, act, or think as he wants; the power of self-determination and free will that God granted us.  While the U.S. government assures us they will watch the transfer of power "carefully", do any of us think we will ever see the innovation. the explosive growth of commerce, or the free flow and diversity of ideas that have been the essence of this internet age?  It will be interesting to see how this plays out, and who lines up as the winners and losers.  Don't count on it being us.

Proverbs 4:7    "The beginning of wisdom is this: Get wisdom, and whatever you get, get insight."
Posted by Pam Kohler at 7:00 AM