Suffer Me The Little Ones

I am still reeling from the headline on The Drudge Report yesterday:  "Aborted Babies Incinerated to Heat UK Hospitals."  Has the world lost all sense of mercy and compassion?  This sounds like a headline straight from hell!

You will remember that when the healthcare debate was raging over Obamacare, there were enough concerns about the Government-run Healthcare System in the United Kingdom to cause more than a few of us to issue warnings.  We were told to ignore the horror stories that had begun emerging from across the ocean; after all, "In Britain, the government itself runs the hospitals and employs the doctors."  And that's supposed to reassure us, how?  I mean, c'mon, look at the beautiful show they put on at the Olympics -- all the children were safely tucked into their beds by caring National Health Services (NHS) nurses.  No need to worry!
Except that the scary stories kept coming:  patients so dehydrated that they were drinking water from flower pots; guidelines put in place to limit care to the very young and the very old;  starving, thirsty patients in soiled bedclothes; and errors made in more than 1 in 10 cases, leading to 5.2% of deaths, which was the equivalent of nearly 12,000 preventable deaths in hospitals in England every year. 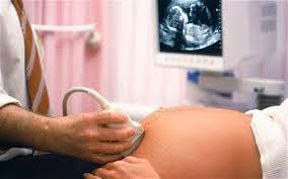 And the unthinkable has been revealed.  The Telegraph writes that the remains of more than 15,000 aborted and miscarried babies were incinerated as 'clinical waste' by hospitals in Britain, with some used in 'waste to energy' plants.
According to Wikipedia, Waste to Energy, or its more sophisticated name, WtE, is the process of generating energy in the form of electricity and/or heat from the incineration of waste.  It is touted as a form of energy recovery.  Most WtE processes produce electricity and/or heat directly through combustion, or produce a combustible fuel commodity, such as methane, methanol, ethanol or synthetic fuels.
Except in this case, the"waste" was one of God's creations who was either thrown in with all the other trash, or incinerated for the purpose of generating energy in the form of heat for hospital sites.  I cannot even fathom how the heart of our Father in Heaven must be breaking.  Only soulless people without the ability to feel or care could be a part of this tragedy.  And they can't even claim ignorance!
One of the country’s leading hospitals, Addenbrooke’s in Cambridge, incinerated 797 babies below 13 weeks gestation at their own ‘waste to energy’ plant. The mothers were told the remains had been ‘cremated.’  Another ‘waste to energy’ facility at Ipswich Hospital, operated by a private contractor, incinerated 1,101 fetal remains between 2011 and 2013.  Apparently, this hospital's budget could not cover their heating bill, so they borrowed bodies from another hospital to meet their energy needs.
Not only is this practice disgusting, immoral and monstrous, but the article doesn't seem to indicate that hospital Boards or Trusts felt they were doing anything outside the norm of human empathy.  Unfortunately, I suspect that this incident is just a symptom of the decay in our human spirit.  It is not unlike the apostasy of the Israelites when they abandoned God to follow false religions.
As a race of human beings, we have pretty much spit in His eye; we have renounced His statutes and declared ourselves outside His jurisdiction.  And now we have relegated the sacred status of His unborn to the incinerator.  We would do well to remember His judgment that came upon the Israelites in the Valley of the Son of Hinnom.  They burned their sons and daughters in the fire pits to a false idol, and God passed His judgment on them:  He would tread on the wicked and the dead bodies would pile up until there was no room to bury them all.  This reprehensible practice is no different.  Our time of judgment is coming.

Ezekiel 28:18    "By the multitude of your iniquities, in the unrighteousness of your trade you profaned your sanctuaries. Therefore I have brought fire from the midst of you; It has consumed you, and I have turned you to ashes on the earth in the eyes of all who see you."
Posted by Pam Kohler at 7:00 AM