Hobby Lobby In The Lion's Den

Whether you are a Christian or not, everyone is anxiously watching the Government (via Kathleen Sebelius) v. Hobby Lobby case that is before the Supreme Court.  It's really interesting to read all the views of the news sites on the proceedings and contrast it with the "culture" websites, and you wonder if these people are living in parallel, yet contradictive, universes.
For instance, Breitbart.com says it is all about Choice .. the choice to embrace our First Amendment Constitutional rights, which say in part, “Congress shall make no law respecting an establishment of religion, or prohibiting the free exercise thereof; ...".  And that's where the main conflict arises. 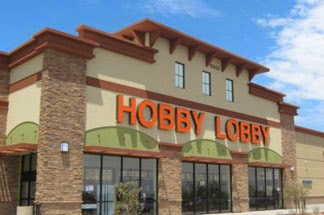 Acts 5:29   But Peter and the other apostles answered and said: "We ought to obey God rather than men."
Posted by Pam Kohler at 7:00 AM