What Are We To Make Of Justice Scalia's Remarks?

Earlier this week, remarks made by Supreme Court Justice Antonin Scalia sent a shockwave through the blogosphere.  While speaking to law students at the University of Hawaii, Justice Scalia stated that the nation’s highest court was wrong to uphold the internment of Japanese-Americans during World War II.  But it was his follow-up statement that should alarm us all: he wouldn’t be surprised if the court issued a similar ruling during a future conflict.
Obviously, this is a subject that would be on the hearts and minds of these particular students.  I'm sure that many of them had family who were subjected to Executive Order 9066, which ordered Americans of Japanese descent into the camps, regardless of citizenship. 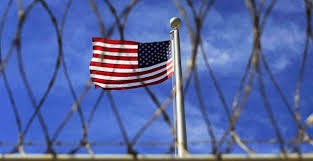 The Washington Times reports that Scalia was responding to a question about the court’s 1944 decision in Korematsu v. United States, which upheld the convictions of Gordon Hirabayashi and Fred Korematsu for violating an order to report to an internment camp.  “Well of course [the Korematsu case] was wrong. And I think we have repudiated it in a later case. But you are kidding yourself if you think the same thing will not happen again."  He then cited a Latin expression meaning, “In times of war, the laws fall silent.”
The law school's dean, Avi Soifer, said he believed Scalia was suggesting people always have to be vigilant and that the law alone can't be trusted to provide protection.  But I think what Justice Scolia was suggesting goes far beyond that.  We can be as vigilant as possible, but when your government labels you an "enemy alien", as they did in World War II to the Japanese-Americans, the Italian-Americans, and the German-Americans, laws become instruments of suppression and control.  (PLW's great-grandfather was ordered to a German-American detainment camp in Crystal City, Texas).
There is a lot of history tied up in this topic, and it would serve us well to know where we've come from in this matter.  Executive Order 9066 was signed by President Franklin Roosevelt, authorizing the Secretary of War to prescribe certain areas as military zones.  There was hysteria during the war.  An incident in which an Imperial Japanese Navy pilot crash-landed on a Hawaiian island and was initially assisted by a few island natives, before being over-powered and killed by others, incited the suspicion of all Japanese-Americans.  By law, an "enemy alien" is a citizen of a country which is in a state of conflict with the land in which he or she is located. Usually, but not always, the countries are in a state of declared war.  See how that definition could easily be applied to any citizen who takes issue with the powers that be?
Fear of "invasions-from-within" have permeated our history.  In 1798, alarm that the French Revolution might spill over into America and find willing sympathizers, led to a prediction by advisors to President John Adams that 100,000 U.S. inhabitants would join a French invading army.  This led to the passage of the Alien and Sedition Acts.  These Acts allowed the president to imprison or deport aliens who were considered "dangerous to the peace and safety of the United States". They also restricted speech which was critical of the federal government.  They were designed under the guise of national security, but many historians say they were designed to decrease opposition to the government.
You might also find it interesting that three of the bills were either repealed or allowed to expire; the only one that is still in effect is the Alien Enemies Act.  This Act authorized the president to arrest, imprison, or banish any resident alien hailing from a country against which the United States had declared war (1 Stat. 577).  Is it hard to envision that this law could be once again used to "predict" that legal American citizens were, if not enemy aliens, at least enemies of the State?
No, I believe that Supreme Court Justice Scalia was speaking from a sense of the legal environment and perceived powers of our current political system.  In the past, it has been proven that whenever our Federal powers have felt threatened by the possibility of conflict, citizenship and individual rights do not outweigh the government's suspicions.  Should we expect to feel more secure today?

Psalm 43:1     "Vindicate me, O God, and defend my cause against an ungodly people, from the deceitful and unjust man deliver me!"