The Bible vs Social Media 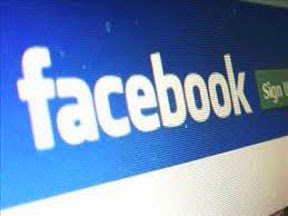 A not-so-surprising statistic was released earlier this week, which revealed that 10 years after its inception, Facebook has 757 million daily users; 143 million of those reside in the U.S. and Canada.  Extrapolating those figures, that means that an astounding 54% of Americans and Canadians check in on Facebook every day!
I have to tell you that I have tried to see the merit of this most popular of social media sites.  I get it that it allows you to stay in contact with loved ones that are far away; there is an emotional value in that.  And I have used Facebook to promote the accomplishments and artistry of PLW's career.  But I also have to admit that I am bored and tired of every mundane comment by the millions of people who think that their every thought or action is eagerly anticipated by the world.  Do we really need to know every time you have a headache, or what you ate for breakfast?  Narcissism (excessive self-love and preoccupation with self) is definitely a by-product of these self-oriented sites.  This is something that our culture could use less of!  And sadly, I'm afraid that for many, it is simply a cry to be heard; to be noticed in this increasingly isolated world.
Now, let's take a look at how many people use their Bibles on a daily basis.  In 2013, a survey was done on behalf of the American Bible Society, and it was called the annual "State of the Bible."  While 56% of respondents claimed that the holy book has “too little influence in society today”, and 53% reported that reading the Bible brings one closer to God, this study revealed that only 26% of Americans read their Bibles four or more times each week.
So what effect do you think that might have on a society and culture?  When receiving the "News Feed" is more important than being fed by the Good News?  When self-love trumps love for our Lord and others?  To begin with, and from a purely scientific standpoint, the Daily Mail reports that researchers believe that the speed, volume and ease with which information is shared through social networking sites may be making it more difficult for us to think analytically.  These same researchers state that there is a danger that the rise of information-sharing websites such as Twitter and Facebook will make us rely more and more on the opinion of others.  This could erode our ability to think critically and make us lazy because we assume that there will always be someone else who knows the answer.  That naturally leads to the possibility that we will be easily led to bad or dangerous advice because we don't take the time to think for ourselves.  Why let someone else's brain (whether your friend on Facebook or Google's "brain") do the work for you, while yours atrophies from lack of use? 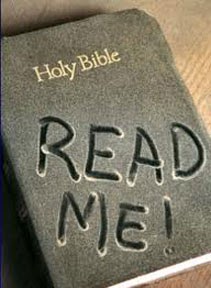 The "State of the Bible" survey found that Americans overwhelmingly (77%) believe morals and values are declining in the U.S.  They even go so far as to cite the cause for the decline as a lack of Bible reading.  And as in previous years, the survey found that the Bible remains a highly valued, influential force in America.  While most homes (88%) have a Bible, that has little to do with actual readership and usage of the book.  Furthermore, beliefs about the Bible and its role in society are becoming increasingly polarized—particularly when the data is examined by age group.  More than half (57%) of those ages 18-28 reported reading the Bible less than three times a year or never -- the exact age group that uses social networking sites the most.  (If they are truly seeking value and significance in their lives, this Book will provide it for all eternity -- not just for a moment on the social network!)
So what can we conclude about these various statistics and findings?  Are we just lazy?  Do we simply want the instant gratification of self-worth from the number of "likes" on our Facebook post?  It is certainly disheartening to think that time spent with God in His Word does not merit more of our time than the latest vanity post or tweet.  Especially when we declare that morals are declining and we have the solution at our fingertips!  We are surely a nation that deserves God's disregard!

Psalm 119:37   "Turn my eyes from looking at worthless things; and give me life in your ways."

Email ThisBlogThis!Share to TwitterShare to FacebookShare to Pinterest
Labels: Faith, Op Ed, Our Culture., Our Youth