The Scariest Interview I've Ever Heard

They appeared calm, cool and collected; attempting to reassure the TV audience that were simply benevolent purveyors of freedom; the ticket to free information to those who lived under despotism.  But Executive Chairman, Eric Schmidt, and Director of Ideas, Jared Cohen, --- arguably among the most powerful men in the world --- are the at the helm of Google, and their appearance on The Blaze was both chilling and menacing.
I'm not sure if they simply think the American people are so dumb that we can't see behind the innovations, or that they are so arrogant; knowing that their power and those same innovations cannot be stopped.  Frighteningly, I think it's probably both.

When asked about the possibility that their monitoring of our lives could turn sinister, they kept repeating adnauseum their mantra that it could never happen because the environment and soul of the company centered on making the world “a better place for each and every citizen” -- an ideal embraced by senior executives and every employee at Google.  They kept insisting that they operated under the social code of "Do no evil."  Awww, isn't that nice?
But they cannot deny that being the most-used search engine in the world has catapulted them into a class of their own; and a very powerful and influential one at that.  They dismissed any concerns that their collection of our personal data -- emails, phone calls, texts, internet searches, spending habits, credit card information, passwords, videos and all other private personal information -- might infringe upon our freedoms.  Instead, they kept insisting that their search engine and data collection delivered the opportunity for an unlimited supply of information and the lofty prize of freedom to those whose freedoms have been suppressed.
But consider these prescient words from Edward Bernays, the sinister Father of modern day Public Relations and Propaganda:  “The conscious and intelligent manipulation of the organized habits and opinions of the masses is an important element in democratic society. Those who manipulate this unseen mechanism of society constitute an invisible government which is the true ruling power of our country. We are governed, our minds are molded, our tastes formed, our ideas suggested, largely by men we have never heard of."
And guess who is the Keeper of those "organized habits" and "opinions"?  Google! I am not denying that Google has contributed in positive ways to the explosion of information and technology over the past few years.  It has given us the opportunity to discover anything that our imaginations can conceive, and that applies to the web giant, itself.   Consider their recent hire of futurist and transhumanist advocate, Ray Kurzweil.   Anyone who has followed his career has to be a little nervous about his alliance with the some of the most powerful men in the world. 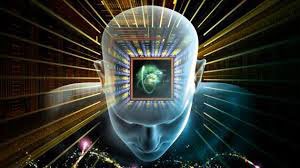 Both Schmidt and Cohen attempted to downplay Kurzweil's recent prediction that, within 15 years, robots will be smarter than humans.  Does that mean a robot/computer will possess consciousness, i.e. an awareness of its own mind and the world?  And doesn't that present all kinds of social and moral problems?  They insisted that consciousness was "many, many years away", and seemed to liken Kurzweil to a crazy uncle in the attic, working away on his fanciful inventions.  Yet that is exactly what they hired him for!
Regardless of all the ethical questions that I feel are paramount -- such as, "What is your ultimate goal in integrating humans and computers?"  (They can't deny that this is Kurzweil's dream.)  Or, "Where does personal privacy fit in this equation?" --  I keep coming back to God and how He views us messing with His creation.
My husband, Peace-Loving Warrior (PLW), is currently reading a book originally written in 1876 by George Pember, an English theologian.  In his book, titled Earth's Earliest Ages, Pember wrote for our age, when he left us with these wise thoughts to ponder:
1.  Knowledge in this life is a gift fraught with peril ... unless it be accompanied by a mighty outpouring of grace, it causes undue elation.  When our human pride begins to tell us that our aspirations are more important than God's will, the weight of that power will lead to our downfall.
2.  In our own days the leaders of science are too often the leaders of infidelity, the despisers of God, and of prayer.  This was written in 1876!  Just think how far down that slippery slope we have come!  Search my past posts on Kurzweil and the Global Congress 2045 and their campaigns for transhumanism, and you can see the personification of Pember's thesis.
3.  And the law of Satan is this:  That we seek all our pleasures in, and fix all our heartfelt hopes upon, this present age over which he [Satan] presides; and that we use our best endeavors -- by means of various sensuous and intellectual occupations and delights, and countless ways of killing time which he has provided -- to keep our thoughts from ever wandering into the Age to Come which will see him a fettered captive instead of a prince and a god.
If you understand nothing else from this post, please grasp this truth:  the Age of Computers is a tool in the hands of the one who would separate us from our Creator.  But only if we let him!  Can anyone dispute that their iPhone or iPad occupy "countless ways of killing time" -- ways that keep us from engaging with God?  And can inventors such as Kurzweil, or executives such as Schmidt and Cohen, deny that they are immersed in such "intellectual occupations" as to not only change who we are as humans, but to deny us the liberties of personal privacy?
I fear we are way past the time for philosophical discussions on "consciousness" and "personal privacy issues".  Google has already surpassed those milestones.  The scientists/inventors now conceive of themselves as their own god.  The tragedy is that they have enticed far too many of us to take our eyes and hearts off the true Creator, and we now lust after the designs of the one who will soon be "a fettered captive instead of a prince and a god."
Just like Nimrod and the folks at the Tower of Babel, our modern-day technological geniuses want to become famous by displacing the need for God.  Motivated by pride and arrogance, they have made a name for themselves.  But perhaps they should revisit that section of the Bible and learn of the destruction that was the result of such conceit.  God will not allow His Sovereignty to be usurped; and not only did they not achieve the greatness they sought, but they suffered His Divine Judgment.  Watch and see ... history is going to repeat itself.

Luke 1:51     "He has shown strength with His arm; He has scattered the proud in the imagination of their hearts."
Posted by Pam Kohler at 7:00 AM