I don't usually repeat a topic two days in a row, but I had no idea how advanced this agenda was!  I really think you need to be on top of it, and know what is coming at us at break-neak speed! Yesterday, while traveling on business, my husband, Peace-Loving Warrior (PLW) and myself listened to a podcast that nearly blew my mind.  I'm not a techno-geek, and to be honest, hate the intrusion in my life of most all things computer-related.  But we were listening to a broadcast with Thomas Horn, American Christian author, in which he discussed the international Global Future Congress 2045, which took place last summer.  What I heard was so shocking, that I swore he was relating an episode of The Twilight Zone or Outer Limits.  So I decided to check out this congress for myself. 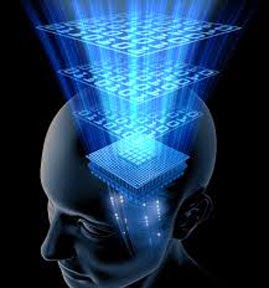 The website for GF2045 states that their focus was "a discussion of a new evolutionary strategy for humanity aimed at overcoming the 21st century’s civilization challenges. The strategy is based on carrying out two revolutions: spiritual and sci-tech. We believe this is the only way to overcome existing crises."
Being a very spiritual-minded Christian myself, I wanted to see if scientific minds could, in any way, mirror my concept of spirituality and God.  That question was answered in the very next paragraph:  "At the congress, a vision will be presented for the spiritual transformation of humanity, and new technologies will be demonstrated which are likely to form the basis of the sci-tech revolution. The congress will also showcase our Avatar science mega-project, aimed at accelerating the creation of technologies enabling a gradual transition from our biological bodies to an increasingly advanced artificial carrier of the human self."
So, in case you didn't take my post yesterday seriously enough, I'm here to tell you that these folks are serious about transforming us!  As we all know, in Genesis 1, God made us in His image, and you can't get much better than that!  Why would we want "an artificial carrier"?  No matter how advanced it is, it cannot be better than the one our Creator -- Jehovah God -- designed!
In case you need further convincing, here's some more of the GF2045 craziness:   "The main science mega-project of the 2045 Initiative aims to create technologies enabling the transfer of an individual’s personality to a more advanced non-biological carrier, and extending life, including to the point of immortality. We devote particular attention to enabling the fullest possible dialogue between the world’s major spiritual traditions, science and society."  Somehow, I don't think that they're speaking about the eternal life offered by my Savior, Jesus Christ!
Unlike yesterday's post, this isn't some movie character talking; these are the words of some very prominent scientists, who hold titles like Genius Android Creator, Science-Spirituality Bridge-Builder, Brain-Machine Connector, and Spiritual Transhumanist.  But it's not only scientists and engineers; none other than the retired Archbishop of Ottawa, of the Orthodox Church of America took part in this blasphemous conclave!
One of the most disturbing segments of the Program was titled The Goal of Biotechnology Is the End of Death.  Dr. Martine Rothblatt, who calls herself a "visionary", tried to sugarcoat her hypothesis: "Biotechnology creates some of mankind’s most remarkable and much loved products (isn't that sweet?), from treatments to forestall blindness to cures for several cancers."  She then goes on to explain that biotechnology is the creation of medical tools to enhance life processes, but behind closed doors, the real objective is "the end of unwanted, non-violent and non-accidental death."  In other words, humans no longer have to live a finite life at the whim of an unseen, and fantasy God, but will one day -- very soon -- be able to control their own mortality.
You see, they not only foresee replacing diseased vital organs with regenerated or mechanical substitutes, but (hold on to your tin foil hats!) "preparations are being made for transplanting the mind from a diseased brain, or an end-stage diseased body, to a computational substrate. I call this process creating a mindclone, and it enables effective immortality for a person’s consciousness. The individual remains vitologically alive as a software-based being, a process well exemplified by the Avatar Project of the 2045 Initiative." 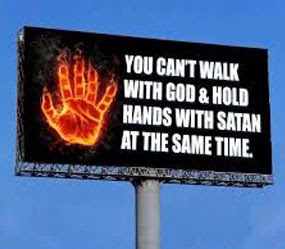 I know this sounds very Dr. Frankenstein-ish, but folks, this kind of planning and development is being done right under our noses.  If you don't believe me, please go read it for yourself!  And the sickest aspect of it all, is that these processes are seen as entrepreneurial!  You can actually invest in and make money by trying to destroy the human soul and spirit that relates to God!
Dr. Rothblatt ends her discussion with the following statement:  "Closely related to these entrepreneurial skillsets are the social and policy interactions needed with governments and NGOs to help ensure the Avatar Project of the 2045 Initiative is welcomed as a positive contribution to building the world as it should be."  Mind you, not as our God would will it, but as these godless men and women would dictate it ... make that as "governments and NGOs (non-governmental organizations) would dictate -- Just think corporations and entities that operate "independently" from any form of government; oh, like the UN, for instance.
I used to think that the Mark of the Beast would be something as simple as an RFID chip in my hand or forehead, but this profane science aims at changing the very essence of a human being!  If we no longer resemble our Creator, do you think He has any interest in saving us?
Therefore I have a feeling that part of these madmen's objective is to remove the very need for God. Just get rid of Him, live forever, and answer only to yourself ... or your new Master/Creator.  So get ready for the new earthly innovations, coming to a science lab near you!  As for me, I think I will pass on the new body parts, and reject a mindclone, and just wait for my glorified body at Jesus's return.  The last thing I want to hear Him say is, "Sorry, I don't recognize you."