How Technology Plans To Change The Human Race 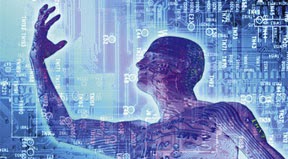 I have written many posts on the advancement of a science called "Transhumanism".  The official definition of this trend is "is an international cultural and intellectual movement with an eventual goal of fundamentally transforming the human condition by developing and making widely available technologies to greatly enhance human intellectual, physical, and psychological capacities.".  Whew!  That's a fancy way of saying they're going to integrate humans with computers, and change the condition of humanity.
But perhaps the most disturbing aspect of this movement is their claim "that human beings may eventually be able to transform themselves into beings with such greatly expanded abilities as to merit the label posthuman".  If that term doesn't disturb you, it should.
These same people who call themselves "transhumanists" (proponents of the more palatable term "singularity") have a vision of redesigning the human organism (that would be us) by a variety of methods.  One way would be through advanced nanotechnology.  Another would be by radical enhancement using some combination of technologies -- such as genetic engineering, psychopharmacology (mind-altering drugs), life extension therapies, neural interfaces, advanced information management tools (another way of saying using robot parts), memory enhancing drugs, and  wearable or implanted computers.
But we can't forget their assumption that these technologies will render us with such expanded abilities as to usher in a "posthuman" era.  That doesn't mean that humans will cease to exist on the planet; it simply means that both humans and the technologically advanced forms of ourselves (posthumans) will continue to exist together, but the latter will predominate in society over the former because of their abilities.  That's their goal!
And it is explicitly demonstrated in the trailer for the new movie Transcendence, starring Johnny Depp.  You will recall that I have often suggested that our movie industry predicts what the Powers that Be are sending our way, if we will just pay attention.  Well, in this movie, it's pretty much in your face! 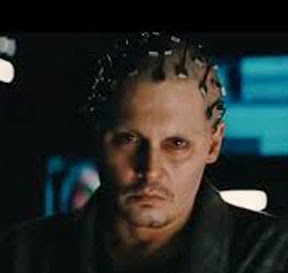 The trailer shows us the evolution of human/artificial intelligence (A.I.), and Depp's character is heard to say, "Imagine a machine with the full range of human emotions.  It's analytical power will be greater than the collective intelligence of every person in the history of the world."  Think that's just movie hype?  I'll say it again ... that's their goal!
Depp's character is proud of his involvement in this science, claiming that the development of this artificial posthuman will start to evolve and to influence the entire world; and because of the world wide web, it will be able to go everywhere.
But here's the fly in the ointment, so to speak.  Depp's character warns that "an A.I. is like any intelligence ... it has needs."  And as we find out, it "needs more power."    In other words, this "more intelligent race" will dominate the world!
But here's where every Christian should feel the hair on the back of his neck standing up!  The opening line of the movie trailer says this:  The path to building super-intelligence requires us to unlock the most fundamental secrets of the Universe.  Isn't that what the Serpent in the Garden of Eden was really temping Eve with?  Because it's just a small jump from posthumanism to becoming a posthuman god.
Follow me --- it's the idea that posthumans, being no longer confined to the parameters of human nature, might grow physically and mentally so powerful as to appear possibly god-like by present-day human standards.  Just like the Serpent said, "you will be like God."  Technology has been just as cunning as the serpent in the Garden.  And we have become addicted to the forbidden fruit that is leading us to our own destruction.
So go ahead --- continue to consume the latest in technology.  Buy the Google glasses and insert the RFID chip.  It will make you smarter and bring you closer to immortality.  You can become a part of recreating humanity while becoming your own god, and have the satisfaction of transforming the one true God's image of Himself.  Congratulations, mankind!  You've secured your own destruction!

Revelation 4:11    "Worthy are You, our Lord and our God, to receive glory and honor and power; for You created all things, and because of Your will they existed, and were created."

Email ThisBlogThis!Share to TwitterShare to FacebookShare to Pinterest
Labels: Technology