Wounded Warriors: What Does Their Future Hold? 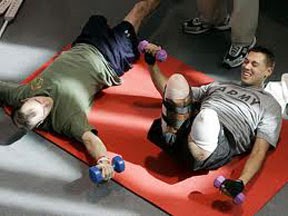 Over the MLK holiday, PLW and I had the good fortune to host a Wounded Warrior and his family on our little place in the country.  We have befriended so many of these guys through our work with the Fisher House organization, and it was our honor to offer this couple and their children a day of relaxation away from the city and their everyday lives.
I want to respect their privacy, so I will refer to them in this post as Scott and his wife, Lauren.  As the guys went off to explore the neighboring ranch and do "guy things", Lauren and I settled on the couch and began a discussion about their hopes for the future.  Scott is due for another round of surgeries to try to help his healing from the IED explosion that cost him the loss of his right leg below the knee, and the acute damage to the calf muscle of his left leg.  It is actually the left leg that refuses to heal, and more tissue from his groin will be grafted into his leg in hopes that this time, it will "take".
Scott is one of the older Wounded Warriors we have met, and therefore seems to have adjusted to his situation a little bit better than some of the younger soldiers.  It helps that he has Lauren, a tougher-than-nails wife who doesn't allow him to feel sorry for himself.  But as I listen to her outline their hopes for the future, I cannot shake my feelings of uncertainty for them.  For the first time in our two-year friendship, I sense that this military family is picturing their service from a new perspective.
In the past, Scott has clung to the concept of commitment, duty and camaraderie that constitutes being part of the military "family".  He has been dedicated to his rehabilitation; and rejoiced each time he received a new specialized prosthetic leg that enabled him to run, swim, or bike.   He was always upbeat and focused; with the goal of rejoining his unit in mind.  As Lauren would consistently tell me every time we tried to thank them for their sacrifice, "You don't owe us any thanks, This is our job!"
We could sense some minor irritation of having to deal with the bureaucracy of the Veterans Administration and the Federal government, but overall, they felt that they were being taken care of and their future was bright in the military.  But during this visit, I heard a different story.  They are beginning to feel as though the Medical Boards and VA are not as detailed in providing the benefits they have been promised, and have heard stories from other wounded warriors about being encouraged to just separate or medically retire from the military without receiving full disability benefits.  Because Scott and Lauren are older, they have the advantage of knowing it is better to persevere and get every "t" crossed and "i" dotted, if you want to receive 100% disability benefits.  Once you have left the military, it is next to impossible to try to come back to the VA for additional benefits.
(If you want to get a good taste of just how complicated and frustrating this process can be, read this Q&A from a military wife.  And this was six years ago!  Think how many more IED-related injuries our soldiers have incurred since then, and you can imagine the backlog of cases before Medical Boards.)
During my discussion with Lauren, there was the implication that this kind of treatment would discourage future enlistments in our all-volunteer Army, and the recognition that our military is being decimated from within.  This should be discouraging news to both the military and civilian population of this country!
We then switched topics to housing benefits and the assistance they were receiving in this area. It seems there is a program whereby Banks are working with the VA/Military by offering foreclosed homes to wounded warriors and their families.  It is my understanding that the vets are allowed to look at available homes online, but not allowed to inspect them.  They apply for a home, and if they are chosen, the home is theirs in return for simply paying the property taxes for three years.  If at the end of the three years, they are not in arrears on the taxes, the title for the home is signed over to them.  But Lauren had just received a phone call from a good friend, who had fallen in love with a home on line, applied for it, was awarded the home, and within three months of moving in, pipes burst in the laundry room, and she is without water.  The homes come with a one-year warranty, but when her friend called to report the damaged pipes, she was told that the reporting agency was in Chicago (she was in Florida), and it would probably be better for her to just cover the costs herself.  In other words, "Welcome to the bureaucratic chaos that is the Federal government!"  From the sounds of it, this program is a crap shoot/shot in the dark/spin of the roulette wheel all wrapped up in one! 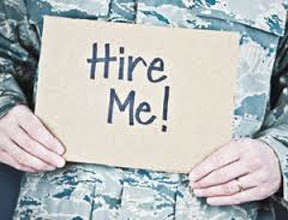 So with all these developments, it came as no surprise to hear Lauren say that as soon as Scott recovers from the next surgery and they can get all their paperwork straightened out, he will most likely leave the military.  But when asked what he would like to do as a profession, there is a long pause, and I can tell that they have no idea.  The military is all he's known for many years.  It is my impression that when he, and a lot of the wounded warriors, first incurred their injuries they were convinced they would be fitted with prosthetic limbs, rehabilitated, and could return to active duty.  But as it became apparent that these injuries required multiple surgeries and the rehabilitation was slow and costly, the numbers of wounded began to bog down the system; and there are now thousands of young men and women stuck in the machine.
So where does that leave them?  I can tell you that I have personally seen too many young men that are in far worse shape than Scott.  I truly believe that there is not any job he could not do.  But with unemployment at its current high rate, how will this economy support all the wounded veterans leaving the military?  And I can tell you that their disability benefits (even if they are able to receive 100%) will not keep up with inflation.  Even if we had a healthy economy, I fear that there is not enough money to properly care for them or rehabilitate them.  And, sadly, I don't think there will be the heart in the halls of Congress to provide programs to teach them new skills.  And where will the jobs come from anyway?  It breaks my heart to think of this generation of noble warriors living the rest of their lives with such devastating injuries, plus coping with unemployment.
For now, it seems that we are continuing wars on multiple fronts, with ambiguous exit strategies and no clear impetus to defeat the enemy.  In the meantime, our soldiers and their spouses and families are paying a tremendous price.  God Bless them!  But where are the moral sensibilities of our Leaders?

Psalms 34:17-20     "When the righteous cry for help, the Lord hears and delivers them out of all their troubles. The Lord is near to the brokenhearted and saves the crushed in spirit. Many are the afflictions of the righteous, but the Lord delivers him out of them all. He keeps all his bones; not one of them is broken."