Warships: A First For the Olympics 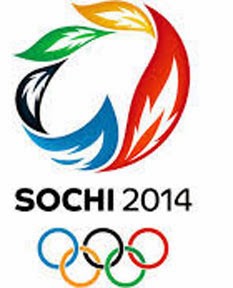 The ancient Olympic Games have always been shrouded in mystery and legend.  The names of Zeus and Hercules swirl around contests of mythical proportions and tales of sporting events alongside ritual sacrifices performed by pagan cults.  The 2014 Winter Olympic Games have the potential to rival the ancient festivities, as controversy over "White Widow" kill squads and jihadist terrorist groups threaten to overshadow the spirit of the Games.
Who would have ever thought that the U.S would deploy at least two warships into the Black Sea off the coast of Sochi, Russia, in anticipation of potential terror attacks against the Olympics?  According to a Washington Times article, Don Borelli, a former member of the FBI Joint Terrorism Task Force, said the terrorist threat in Sochi, Russia, is unique because officials already know terrorists are planning an attack in Sochi sometime during the Olympics.  There is not just a possibility of an attack, but near certainty.  Terrorist organizations don't usually name the exact event or a specific time, but now they have dared security officials from around the world to stop them. 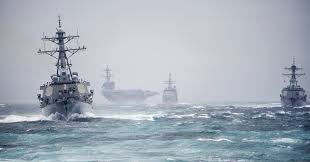 Which brings us back to the reason that the United States and the State Department feel it is necessary to take the unprecedented step of positioning warships off the coast of Russia.  The ships will have helicopters that could assist in evacuations and fly Americans out of the country if needed.  There are also aircraft on standby in Germany that could be at Sochi in about two hours, if additional backup is necessary.  (I mean no disrespect to our Olympic athletes, but I wish we had seen this kind of enthusiasm about extracting Americans that fateful night in Benghazi).
Between the flurry of activity and the purportedly reliable information from a variety of sources, there is reason enough to think that officials are expecting the worst.  All this heightened preparation is because of a video that was released online Sunday.  CNN reports that the video promised a “present” for tourists at the Olympics as revenge for Muslims killed around the world.  Lending credence to this report is the fact that the two young men who appear in the filmed threat are believed to be the suicide bombers responsible for two attacks in the Russian city of Volgograd last month.  Add to this, the report that Russian officials are searching for a terrorist they believe may already be in Sochi. The woman is being called the “Black Widow” or "White Widow", depending on which report you are reading.
Ruzanna Ibragimova, the 22-year-old widow of a terrorist killed during the Moscow theatre attack, is believed to have travelled from Dagestan to Sochi on or around January 11th.  Fox News sources report that she is a known member of a Chechen jihadist group, and was recently spotted on the street outside the foreign ministry near Sochi.  In addition, the Russian security force FSB states: "According to our information Ms. Ibragimova may be used by the ringleaders of illegal armed groups for the organization of terrorist acts in the zone of the 2014 Olympics."   All this has caused US security forces to believe that "this notice is the first sign that terrorists may have managed to penetrate the security cordon." 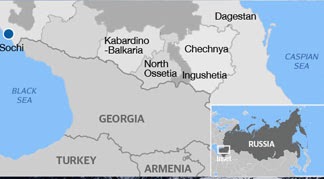 This makes Don Borelli, the former FBI Joint Terrorism Task Force member, issue this warning:  “If somebody is already on the inside, if she already has a job at a particular event or special access, she’s already bypassed one of those layers of security.  I would imagine it’s not just her. There are probably lots of people on the radar that the Russians are looking for.”
And all with good cause.  Doku Umarov, the jihadist leader who has been described as Russia’s Osama Bin Laden, has called for attacks and to stop Russia from hosting the Games.  Of course, President Vladimir Putin has assured visitors to Sochi that they would be safe.  Russia has deployed 40,000 police and security personnel in a 'ring of steel' around Sochi to deter attacks by Islamist militants from the nearby North Caucasus republics.  But the recent attacks in Volgograd and the sighting of a jihadist widow near Sochi is enough to realize there are no guarantees of safety for anyone attending the Games.
The Olympic Games have always had their share of controversies, adversities; and in the case of the Munich Games, tragedy.  Let us pray that the only thing in history that  the 2014 Winter Olympics will be remembered for is the excellence of the competition.  The modern Games have had to adapt to a variety of economic, political, and technological advancements.  It's a sign of the Times that terrorism has become one of the challengers in the arena of international competition.