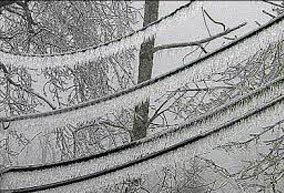 We, here in Texas, are not accustomed to the icy conditions of winter weather we received yesterday.  Although parts of the state have experience with snow, ice and sleet, it is highly unusual for the entire state to find itself in the clutches of an arctic blast of inclement weather.
But I imagine that a lot of people learned some valuable lessons... or at least I hope they are smart enough to assess their experience and plan for the future.  We have sure learned some lessons!  First of all, we were awakened in the middle of the night to a succession of power outages, and by daybreak the outage seemed to be permanent.  That meant no heat, of course.  As many of you know, there is a difference between a "dry" cold and a "wet" cold.  And because it was sleeting, it made the cold seem even more miserable.
Of course, the phones weren't working, and the internet was down as well.  But my neighbor and I confirmed, via cell phone, that our entire neighborhood was without power.  Since we have wood-burning stoves, we had a convenient source of not only heat, but a way to cook breakfast.  I had the tea kettle boiling in no time, and french toast cooking in the cast iron skillet.  But it made both PLW and myself quickly realize that if one had to exist through a prolonged bout of wintry weather with no electricity, it would take a boatload of wood to sustain you.  Note to self:  you can never have enough firewood. 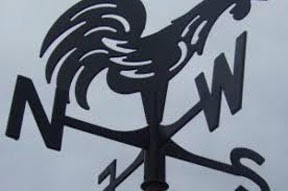 The only real problem we had, and one that we simply did not anticipate, was the loss of some of our chickens.  We have suffered temperatures this low before without any loss of life, but the combination of the icy winds and the sleet were too much for them.  The sheltered side of the chicken coop was not facing north, and they were exposed to the wintry mix.  Extra hay in the nesting boxes wasn't enough to protect them.  The chicken coop was too heavy for the two of us to try to move ourselves, and our chickens paid the price.  Until we can enlist the aid of neighbors and their tractors to make the necessary adjustment, we decided to create a "greenhouse effect" by stapling plastic around the entire house.  That meant a trip to town for the plastic and supplies, which revealed several more important lessons.
Of course, without power, computers and credit card machines don't work.  So if you didn't have cash, or the store was unwilling to keep a hand-written list of charges to add to your account when power was restored, you were simply out of luck.  We were prepared, but the eye-opener for us were the lines outside the small, local Dollar General store.  Food-stamp recipients had no way to purchase anything with their EBT cards, and both this discount store and the grocery store simply locked their doors.  This was going to be a temporary shutdown and these people literally looked lost!  Blank faces and vacant stares told me that if we are faced with a real long-term crisis, there will be thousands upon thousands who will be unprepared.  Without at least a small amount of cash on hand, you will find that your plastic cards are useless.
The next apparent thing was the inability of people to gas up their cars -- the gas pumps don't work without electricity.  Even if people had relatives or friends they could bunk with, how far could they get on empty tanks?  We at least had warning that this weather system was headed our way, and still there were many who were caught with no viable form of transportation because they didn't think ahead.
Power was eventually restored by noon-time; this was really a non-event and a minor irritation.  But I can imagine that many people felt a sense of panic and had no plans in place to deal with the inconveniences.  What happens when it is a full-scale, permanent emergency with devastating consequences?  Those blank stares are going to become expressions of anger; panic will turn to fear and violence; and neighborly concern will change to every man for himself.
It's these little "practice runs" that should make us all aware of our shortcomings, as well as our strengths.  It should show us where we have it "right" and encourage us to fortify those areas even more.  We should also see even more clearly those activities and spheres in which we are lacking.  Think things through to the extreme.   So you made it half a day just fine without power.  What if you found yourselves without power for a week?  Where would you suffer?
I've always said that when TEOTWAWKI happens, I will be happy to spend endless hours studying my Bible and commentaries.  But I quickly realized the number of online study tools that I use.  I have an extensive book collection, but some of my most valuable resources are online.  This was a reminder to get those sources in the paper-and-ink variety.
All in all, it was not a huge inconvenience for us.  But it does shake you out of your "normalcy bias" and reacquaint you with the notion of how important it is to be prepared.  Old Man Winter showed us how quickly our world can change, and that we can't take anything for granted.  I'm hoping that this historical winter will serve to teach these valuable lessons to millions of Americans before it's too late.

Proverbs 21:20    "The wise store up choice food and olive oil, but fools gulp theirs down."