More Questions Than Answers When It Comes to H1N1 Flu 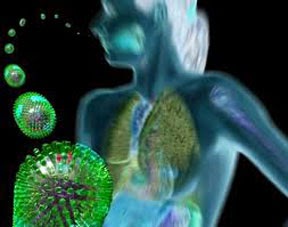 The Weather Channel's lead headline yesterday was "Deadly H1N1 Spreading Across the U.S."  They go on to report that "The H1N1 flu strain — which was responsible for the 2009 swine flu pandemic — has dominated this season’s flu scene, according to the U.S. Centers for Disease Control and Prevention.".
Right off the bat, my skepticism alarms start going off.  First of all, it's The Weather Channel (TWC), for pete's sake.  Before we go any further with this discussion, we have to recognize that TWC is owned by a joint venture between NBCUniversal and investment firms Blackstone Group and Bain Capital.  NBCUniversal is a subsidiary of GE, a conglomerate which includes a division called GE Healthcare, which in turn is organized into two primary business segments: GE Healthcare Technologies and GE Healthcare Bio-Sciences.
If you're still with me, you might find it interesting to know that biosciences are at the core of many innovations that lead to products that cure diseases.  Are you starting to see the light?
The second question that my mind formulated was this:  Was the 2009 swine flu event really a pandemic?  After all, that's such a scary word!  Let's take a look at the definition of a pandemic and how it compares to an epidemic.  According to Medilexicon's medical dictionary, a pandemic is an outbreak of global proportions. It happens when a novel virus emerges among humans - it causes serious illness and is easily human transmissible (spreads easily from person-to-person).  An epidemic is specific to one city, region or country, while a pandemic goes much further than national borders.  Also, a pandemic is usually caused by a new virus strain or subtype - a virus humans either have no immunity against, or very little immunity.  Furthermore, the medical dictionary explains that pandemics generally cause much higher numbers of deaths than epidemics. The social disruption, economic loss, and general hardship caused by a pandemic are much higher than what an epidemic can cause.
So, numbers are obviously important; let's take a look at the numbers being reported so far this winter.  Here is what The Weather Channel reported:
•  Late last month, health officials in Texas confirmed that the H1N1 flu killed six people.
•  In Michigan, Swine flu has killed three adults, and infected about a dozen more child and adults. These patients remain on life support, according to The Detroit Free Press.
•  Last week, in California, Santa Clara Health Department officials reported the state’s first flu death of the season. More than 7 other cases have been reported in surrounding counties.
•  In Oregon, Health officials confirmed two deaths from H1N1 flu, and another 81 hospitalizations.
•  Utah officials warn that swine flu is on the rise, and could be responsible for the first two flu deaths reported last week, according to The Salt Lake Tribune.
•  In North Carolina, the flu has killed 13 people in North Carolina, according to USA Today.
It is not my intention to diminish the deaths of any of these people, and I am saddened for those who are on ventilators and life support.  I would like to have a little more information as to the state of their health prior to being infected with the virus.  In all of these cases, any loss of life due to a virus is to be mourned and investigated.  But in all due respect, I do not understand how this could be classified as a pandemic at this stage of the game.
True, the CDC claims that the virus has spread across half the country and more outbreaks are expected with the advancement of winter conditions.  But when you consider the "Spanish flu" outbreak of 1918-1919, in which more than half a million people in the U.S. died; and worldwide death estimates ranged from 20 million to 100 million, you get a picture of what a real pandemic looks like. 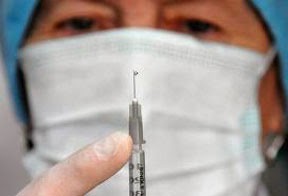 And I think what is most concerning to me is that the CDC seems to be really pushing the vaccine for this strain of flu, especially among infants and young children, who they are recommending get two doses of the H1N1 vaccine.  All I have to do is read the story by the Atlanta CBS affiliate, in which a young Australian girl, Chloe Glasson, began suffering from narcolepsy four months after being injected with Pandemrix, a vaccine to combat against swine flu, in November 2009.  She reportedly falls asleep up to 30 times a day after getting the flu shot, and is one of at least 100 people to suffer from the sleeping disorder after getting vaccinated with Pandemrix.
Which brings me back full circle to the affiliation between The Weather Channel, NBCUniversal and GE Healthcare.  Who stands to really benefit from scaring the public into thinking we are suffering a pandemic?  And just how much would GE Healthcare and its Bio-Sciences division stand to profit because of their vaccine product to cure this specific disease?  I know .... I'm probably way out on a limb on this one, but somehow, I'm just not buying into the pandemic/get the vaccine scenario.
You see, I am currently in my 4th day of suffering with the H1N1 flu bug.  I've weathered the high fever, the chills, and the joint aches and pains.  I am now waging the battle with congestion and a stuffy nose.  But rather than rely on a vaccine that I do not believe has been adequately tested, nor proven to be effective (let alone not harmful), I prefer, whenever possible, to let my body heal itself, as it was designed to do.
Believe me, I understand that there are times when a visit to the doctor is necessary, and antibiotics are necessary to cure an infection, but if my body is able to overcome the flu on its own, then I have built a stronger defense against the next time the flu bug comes calling.  I also understand that the H1N1 strain can mutate, but again, each time that my own immune system can defeat the bug, the better chance I will have to survive the real pandemic, when vaccines, antibiotics and doctors might not be so available.
Each of us has to decide how we will approach the onslaught of flu season, but when 2 out of 3 doctor friends tell me they won't recommend the vaccine (and the third is a government employed physician whose primary task is to promote the vaccine), then me and my body will try to work together first, before I take the chance on foreign, synthetic substances that are supposed to stimulate antibodies.  At this point, I'll take my chances with God's methods of healing.

Psalm 103:2-3     Bless the Lord, O my soul, and forget not all His benefits, who forgives all your iniquity, who heals all your diseases...