The Public Needs To Know: Radiation Risk Is Real!

A few days before Christmas USA Today reported that Alaska Airlines had canceled 24 flights after flu-stricken pilots and flight attendants called in sick.  During that same time period another 14 flights were cancelled, supposedly due to bad weather.  In fact, an airlines spokeswoman stated that a "very unusual" cold and flu season was affecting the Pacific Northwest hub, and the entire region was impacted.

Couple that bit of news with this report I found on the Before It's News website:  Hundreds of Alaska Air flight attendants were struck with mysterious illnesses causing them to lose their hair, develop lesions, and sustain unusual rashes.  Original reports claimed that these maladies were due to their new flight uniforms which contained tributyl phosphate, a toxic organophosphorous compound linked to skin problems.  Ok, that might be a plausible explanation; but so is radiation poisoning.
And humans are not the only ones seeing these "unusual" health issues.  Both marine life along the Pacific Northwest coastline; and the polar bear, ice seal, and walrus populations, are all experiencing the same kinds of symptoms.  When you combine these facts with the timing and the related incidence at the Fukashima Daiichi plant, one cannot dismiss the possibility of a looming radiation disaster.
These symptoms appear to go beyond the potential causes cited by scientists and biologists; namely, viruses, bacteria or other mysterious factors.  Which leads to a very disturbing picture ... why is the public not being told of the possibility of nuclear fallout?  What is to be gained by keeping silent and failing to warn citizens of this very dangerous health hazard?  And if the fallout is reaching our shores and airspace, what, if anything, is being done to combat it?  Before It's News suggested in this same article that "radiation detection flights" are indeed being conducted by the military.  It will be interesting to see if the public is ever informed of the findings of these surveys.
But it is not only internet websites raising the specter of radiation poisoning from Fukashima.  Maxim Shingarkin, Deputy Chairman of Russia’s State Duma Committee for Natural Resources recently had this to say:  “Currents in the World Ocean are so structured that the areas of seafood capture near the US northwest coast are more likely to contain radioactive nuclides than even the Sea of Okhotsk which is much closer to Japan. 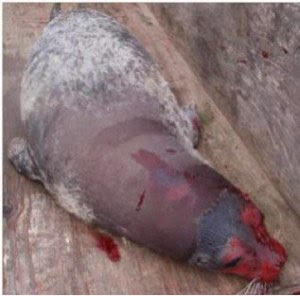 As if that's not frightening enough, his Russian colleague, Vladimir Slivyak, Co-chairman of the Ecodefence international ecology group, said this:  “ ... It took years after Chernobyl to make detailed conclusions about the scale of nuclear pollution. We are having a similar situation with Fukushima [...] We’ll probably know the consequences of this accident in 10-15 years.  It is clear that a large amount of fish, sea weeds and everything the ocean contains has been polluted. It is clear that this pollution spreads all over the Earth. It is clear that vast territories have been polluted in Japan itself. All this is generally clear. But we need research to provide more details and this will take a long time.”
Then there's this finding by nuclear expert Arne Gundersen, who says there is evidence that a nuclear cloud dispersed over the Pacific Northwest shortly after the the catastrophic failure of the Fukashima Nuclear power plant in March of 2011.  "One of the scientists we work with had air filters, continuous air monitors, set up in Seattle and we could clearly show that the average person in Seattle was ingesting about 10 hot particles a day into their lungs. No matter what you do you can’t get that out, the particle size was such that once you breathed it in, it lodged in your lung […] What people in Seattle could have done were to put air masks on, but of course by the time we got that data and analyzed it, it was May and the worst of the cloud had already passed."
Lesions, rashes, radioactive particles in our lungs, and injured marine life ... it's hard to ignore these signs of radiation poisoning.  And we haven't even discussed the danger of eating seafood from the Pacific Ocean!  Never mind the so-called "experts" who will tell you that the Ocean is so big it will dilute the radioactivity.  Do you really want to take the chance of feeding your family polluted seafood?  Are you willing to risk any variety of cancers that can result from radiation poisoning?  Just think of the billions of people who rely on the Pacific Ocean for fishing, drinking and recreation.  And how many more instances of airborne pollution can we expect?
The bottom line is this:  there is more than tourism and food supplies at risk here.  The lives of people and animals are under threat from this deadly exposure.  We deserve ample warning and the truth!