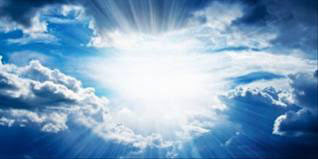 I chose this particular Scripture today, because this, my final post on the history and origins of Christmas, is the perfect time to turn our focus back to God.  During the last three Sundays, I have given you plenty to think about on the subject of Christmas -- Scripture to digest and discern; historical references to research on your own; and the words of early Church fathers and honored theologians to meditate upon.
If you were inclined to make the effort to dig deeper on this topic, then you will be ready to read my words in a spirit of logic and reason.  If the thoughts that I have expressed were too difficult to contemplate (or you considered them too radical), then chances are you dismissed any research and will  approach this post personally and emotionally.  Please know that it was never my intention to offend you.  I simply hoped that we could agree on the importance of seeking God's desires.  So wherever you are on this delicate issue, let's finish our discussion in mutual respect and love.