Not Your Normal Christmas Letter

Do you dread those holiday letters?  You know the ones ... those who go above and beyond the events of your friends' daily lives, and regale you with every trivial detail of little Susie's piano recital; or brag on how wonderful and extraordinary their kids are compared to yours.  Don't get me wrong --- I love catching up with old friends.  In this age of two-sentence text messages, or a quick Facebook post, it is easy to miss out on the deeply personal occasions in the lives of others.
I have always loved getting the Christmas letter from my middle sister.  She has a sharp, witty sense of humor that translates into a wickedly entertaining repartee of her family's comings and goings (think episodes of Seinfeld and Everybody Loves Raymond).  But this year, she threw me a curve ball, and the result is a message that I believe will inspire you.
As I've mentioned in past posts, all three of her sons are members of law enforcement.  (I will dutifully refrain from being the proud aunt; this is her story).  She has often struggled with how to answer the question, "How did this happen?  How is it that all three boys entered this field?"
Each of my nephews have distinctly different personalities, so there was no common ground there.  There are no family members that preceded them in law enforcement, and no mentors that pointed them in that direction.  But one day, my brother-in-law stumbled upon an old computer file of an essay that their middle son wrote when he was at the Police Academy.
The paper's central focus was on an article written by Dave Grossman, a former psychology professor at West Point, and a retired Lieutenant Colonel in the US Army.  Grossman is perhaps best known for his first book, titled On Killing: The Psychological Cost of Learning to Kill in War and Society.  In this particular article, he expounds on the three types of people in society:  sheep, wolves, and sheepdogs.  Here's a summary of his philosophy: 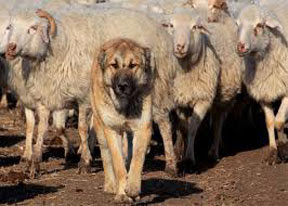 “Most of the people in our society are sheep. They are kind, gentle, productive creatures who can only hurt one another by accident. Then there are the wolves, who feed on the sheep without mercy.  The moment you forget or pretend this is not so, you become a sheep. There is no safety in denial. Then there are sheepdogs. Sheepdogs live to protect the flock and confront the wolf. The sheep generally do not like the sheepdog. He looks a lot like the wolf. The difference, though, is that the sheepdog must not, cannot and will not ever harm the sheep.”
See how this would be an important concept for a future law enforcement officer?  In his Police Academy essay, my nephew related how this article reinforced an event from his childhood and a lesson taught by his father:  “My dad would drop my brothers and me off every morning and utter this simple phrase: ‘Be a leader, not a follower.’ And believe it or not, that phrase actually sank in.  I still find myself thinking about these words today when I am put in adverse situations. But back then in the harsh reality of trying to be cool and fitting in it was hard for me to realize how I was supposed to act on those words.
There was a kid I grew up with. He was the definition of a sheep. He was not considered an athlete or popular. But he was wicked smart and one of the nicest guys I have ever met. Our families were close. I hung out with him all the time. As we made our way through the grades, he started to get picked on more and more.
I was small, not the ‘genetic’ sheepdog by any means. But I felt like I needed to stick up for this person. I hung out with the wolves as well as the sheep and knew the consequences of picking a side. As the abuse continued I saw the pain this caused my friend, and I realized that if no one else was going to stick up for him I would. It was one of the hardest things I’ve ever done, but it made me stronger as a person.
And it still feels good to know that I made a conscious decision to be the sheepdog without regard to how other people thought. I have continued to try to be that kind of person as I’ve grown older. I’m not saying that I was angelic by any means, and the tormentors were not bad people at all. We were just kids. To some degree, I enjoyed the attention I received for standing up for what I believed, but maybe that is not such a bad thing. Maybe that is a small part about why being a police officer is so appealing to me.
I like being morally right. I want to be the person people look to in a time of crisis. I want to stand up for what I believe to be morally right. And if anyone is under a microscope in that way, it is police officers. Even the people police officers try to help sometimes do not get it. I think this article says what my dad always told me growing up. ‘Be a leader, not a follower.’ Be a sheepdog, not a sheep. I want to be the sheepdog on the train. I want to stare stupidity in the eye and make it back down. And I want to have the tools to handle the situation if the wolves do not back down.”
My sister's letter goes on to say that she doesn't think she and my brother-in-law have done a better job of raising their children than anyone else.  But here's where I get my say and the opportunity to brag!  I am not saying they are perfect; no parent is.  But I saw the boundaries, the discipline (when she pointed that finger, my nephews knew she meant business!) and the love with which my sister mothered her boys.  Their father was an ever-present example of fairness and compassion.  And look at what his simple instruction to "be a leader, not a follower" did in their lives.  Together, they inspired my three nephews to live their lives in service to others.  They are all sheepdogs.
So what I hope you take away from this second-hand Christmas letter is this:  The wolves are gathering, and as Dave Grossman says, "There is no safety in denial."  The truth is, we are all going to need to find the sheepdog within ourselves.  Inspire your children with a simple moral lesson each day; I promise you they are listening.  Our society will be the better for it, and perhaps we can raise a generation of young men and women who can say along with my nephew, "I want to stand up for what I believe is morally right."  Wolves, beware!

In honor of my nephews and all law enforcement who stand on the front lines between us and the wolves:

1 Thessalonians 5:12-13   "And we urge you, brethren, to recognize those who labor among you, and are over you in the Lord and admonish you, and to esteem them very highly in love for their work’s sake. Be at peace among yourselves."
Posted by Pam Kohler at 7:00 AM

Email ThisBlogThis!Share to TwitterShare to FacebookShare to Pinterest
Labels: Our Youth, Personal