If you didn't think that the Affordable Care Act was designed to protect healthcare for the Elite, while limiting the average citizen's access, then you might want to check out the latest revelation from the powers that be.  Apparently some of the new healthcare exchanges that have been set up in New York, Texas, and California, for example, will not offer patients’ access to Memorial Sloan Kettering in Manhattan, or MD Anderson Cancer Center in Houston, (two top cancer centers), or Cedars-Sinai in Los Angeles, one of the top research and teaching hospitals in the country.
In case you don't understand the significance of this development, it means that if you have lost your health care coverage, and must sign up on one of the exchanges in these states to meet the health coverage mandate, and (God forbid) you get cancer, you will not be covered to seek healthcare at these prestigious cancer hospitals because they will now be considered "out of network". 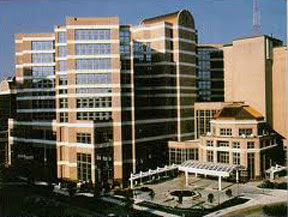 Furthermore, should you be fortunate enough to be able to pay the extremely high out-of-pocket expenses to be treated at these hospitals, you may still have to obtain referrals to prove that such care is medically necessary.  You see, the so-called "medical board and experts" that will be overseeing the implementation of the ACA have deemed these hospitals too expensive and, incredibly, they say they are often times "inefficient".  Inefficient from what perspective?  I daresay the cancer survivors that have benefitted from the expertise of these advanced medical facilities might not use that word in describing their success rates.  However, the Elite (who would like to see the population of the masses decreased) might just see those same success rates as not achieving the goal they have in mind; then "inefficient" is a highly appropriate term.  (Sorry for the sarcastic and pessimistic attitude, but this all seems so clear to me).
When I tried to research various articles to get a better understanding of the logic behind this move, I just came away feeling as though I was given a lot of political mumbo-jumbo ... they claim it is all about cutting costs and controlling waste.  You can have that specialty coverage -- if you can afford the premiums.  But in the end, it will be the sickest patients; who incidentally will be the least able to afford it, that need the care that these specialty hospitals provide.  And many of them will be made to pay with their lives.
Of course there are those policy experts that will tell you there is good news coming from the ACA: that roughly 1.6 million Americans have enrolled in ObamaCare so far.  What they don't tell you is that of that number, 1.46 million of them actually signed up for Medicaid.
According to an article in the New York Post, the Congressional Budget Office projects that, in part because of ObamaCare, Medicaid spending will more than double over the next 10 years, topping $554 billion by 2023.  Where's the talk of "inefficiency" and "too expensive" now?  In fact, studies have shown that the expected expansion of Medicaid through the ACA could bankrupt both state and federal governments.  And you don't think that will effect the quality of healthcare that these patients receive?
But it's never really been about quality has it?  And these latest disclosures only go to prove that healthcare for the average and low-income citizen in this country is going to become a valuable commodity; one that only the rich and elite can afford.

Luke 6:19    "And all the crowd sought to touch Him, for power came out from Him and healed them all."