Her World Will Be So Different

In December I am looking forward to the baptism of my Great-Niece.  I have yet to meet her because she lives several states away from me, but I am updated with photos of an angelic face; one of such innocence and purity.  She smiles easily and appears to be delighted after her two months of life on this crazy planet.
I can't help but think how different her life will be from mine.  My childhood was engulfed in a sense of security; children played outside in the sun and the rain and the snow; and neighborhood moms could be counted on to watch out for each others' kids.  It was not unusual to be scolded and reprimanded by someone other than your own parent. 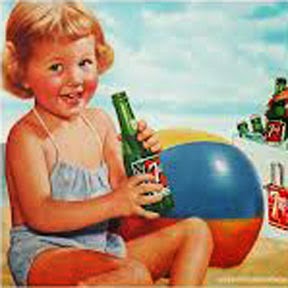 I grew up reciting the Pledge of Allegiance each morning at school, and it was a regular habit to sing "Anchor's Away" or one of the other military theme songs during an average school week.  Our school Christmas plays always featured a manger scene, and the elementary classes would practice "Away In A Manger" and "O Little Town of Bethlehem" for weeks before the big debut.
Our family gathered around the TV each Sunday night to watch The Wonderful World of Disney, and you never heard a cuss word spoken.  Andy Griffith and Andy Williams were household names, and the only hint of anything the least offensive was Dean Martin's feigned inebriation as he tried to hop up on the piano to close out his show.
As I entered middle school, junior and then senior high school, the images of dead presidents and dead soldiers began streaming into our living rooms, and I was mature enough to sense that the naiveté of both myself and the nation were about to come to an end.  Racial tension was something just coming into focus, and didn't really exist in my small part of the universe.  But I could feel a growing awareness that people of all races knew it was important to find a way to move forward together.  Our mutual advancement depended on it.
The sky was the limit when it came to my education.  My generation eagerly grabbed hold of the academic ladder and took advantage of a growing economy that had lots to offer anyone who was willing to work hard.  Welfare and food stamps were not in vogue and people avoided being on those rolls if they could help it.   I entered the work force, never doubting that my country would remain an economic power house, or that my government didn't have my very best interests at heart.  Trust was still part of my vocabulary. 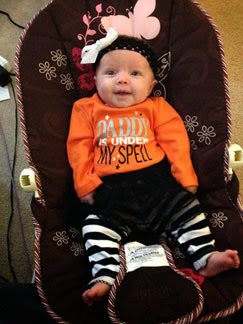 But I'm afraid that sweet little baby Elizabeth will inherit a far more dismal world.  The rapid pace in which our nation has changed in just the last 5 years, does not bode well for her during her childhood and on into her adult years.
Technology has forever changed the ways in which she will play and entertain herself.  And if those in the transhumanist field have their way, she will interact with robots as much as she does humans.  And if education continues down the treacherous trail it is on, she may not even have the option of attending a private Christian school, or contemplate homeschooling.  And I just pray that my niece, her mother, will remain steadfast in her faith and teach Elizabeth about the grace, and love, and repentance, and Divine judgment of the One True God of the Universe-- no matter what the cost.  That's her only hope of navigating the deception that will assail her.
And I find it hard to even think about what television and movies will be like for her.  Between the explicit sex scenes, the demonic violence, and the push for everything "unnatural", she will be scene as a freak if she's able to maintain any moral conviction.
The state of race relations have deteriorated far below the tension and strain of my youth.  Outright hostility and hate are being peddled by those who hope to gain power from the pain of their fellow man.  If we stay on this path, what will it be like for her?  What does her future really look like?
I know I may sound over-reactive.  After all, generations throughout the history of the world have had it far worse than our enlightened existence, right?  She could have been born during the Dark Ages or in the despair of a Third World Country.  But she wasn't.
She was born in a country who offered the most hope and the brightest future of any nation on earth.  She was born in a country that was founded on the idea that all men should be granted the opportunity to reach their fullest potential.  And she was born in a land that encouraged its citizens to reach for the stars and beyond.  And perhaps it's the use of the past tense that causes me to worry about her most of all.  May God protect her and strengthen her.

1 John 5:18      "We know that everyone who has been born of God does not keep on sinning, but He who was born of God protects him, and the evil one does not touch him."
Posted by Pam Kohler at 7:00 AM