Dear Oprah: Take Your Blinders Off!

I was appalled to read a comment by media mogul Oprah Winfrey during an interview with the BBC.  As reported by the website, 21st Century Wire, she claimed that the current U.S. President has been ‘disrespected’ because of the color of his skin.  But rest assured, as Winfrey has a ‘final solution’ to end racism in the world today. She told the BBC: “there are still generations of people, older people, who were born and bred and marinated in it, in that prejudice and racism, and they just have to die.” 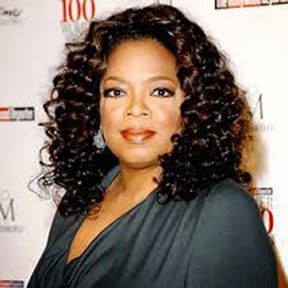 Excuse me?!?  I'm pretty sure that I would be included in her demographic of "older people", and I assure the Big O that I was not born, bred, or "marinated" in racism.  And since she's the same age as I am, I'm pretty sure she's included in that particular sector of the population.  But, I forgot --- racism only goes in one direction, right?  And is she willing to lump in all those white, "racist" women, of a certain age, that made her the millionaire that she is today?  I never heard her claiming racism while these women supported her meteoric climb in the TV ratings.  If I'm not mistaken, she seemed to enjoy playing the role of Benevolent Master to any and all who were willing to bow down at her throne.
I used to applaud Ms. Winfrey for her accomplishments (they were well-deserved) and what I truly thought was her color-blind altruism and concern for others.  But I must admit that I turned her off after one particular episode of her show when I understood her to imply that there were multiple ways to God, and Jesus was just one prophet among many.  Oh, she made sure to walk the fine line of appealing to everyone, but I couldn't help feeling that her elevated status and increased profits were beginning to cast a shadow on her humanitarianism and kindheartedness.  I felt like I was beginning to see behind the mask.
And now, apparently, she feels confident enough to say that racism will disappear when all of us "older" people die off.  But I would like to ask Ms. Winfrey this simple question... what about the racism that is raising its ugly head among the younger black population?  Has she heard of the new and very dangerous attacks called "the knockout game"?  Well let me explain it .... The way the game is played, one of a number of young blacks decides to show that he can knock down some stranger on the streets, preferably with one punch, as they pass by. Often some other member of the group records the event, so that a video of that "achievement" is put on the Internet, to be celebrated.
But here's the kicker; the "victim" of the game is most often white, Jewish or Asian.  As an esteemed member of her own race, Dr. Thomas Sowell, explained it, "the mainstream media have usually suppressed news about the "knockout game" or about other and larger forms of similar orchestrated racial violence in dozens of cities in every region of the country. Sometimes the attacks are reported, but only as isolated attacks by unspecified "teens" or "young people" against unspecified victims, without any reference to the racial makeup of the attackers or the victims — and with no mention of racial epithets by the young hoodlums exulting in their own "achievement."  (One participant in the game was recorded as bragging, "white girl bleed a lot.") 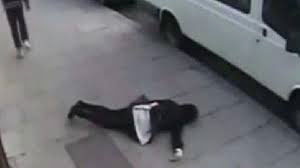 This is not some benign prank; some harmless game by over-exuberant youths.  People have been beaten unconscious, both in this game and in the wider orchestrated racial attacks. Some of these victims have been permanently disabled and some have died from their injuries ... and all because they were perceived as easy targets.
So, it saddens me to see Oprah use her considerable fame and influence to add fuel to the racism issue.  If I had the opportunity, I would like to ask her why she only sees racism through the prism of how blacks are treated?  Was all that goodwill and compassion she showed her multi-ethnic audiences throughout the years just a deception?  Was she truly despising us as the tears rolled down her face?  By looking at the problem so narrowly, and from only one side, doesn’t that make matters worse?
I will agree with her that racism seems to be on the rise these days.  But I think she needs to take a good hard look at the underlying causes and be willing to look honestly at her own race.  Because from where I sit, it is not us "old" people who are contributing to the hate and prejudice; it is a sickness being instigated and incited among the discontented and entitled youth.
Oprah defined her career by her message of harmony and helping others.  If she is truly interested in making the world a better place, she could start by being honest, and then encouraging people to come together in a spirit of understanding and tolerance.  As far as I am concerned, she has discredited herself and her legacy is in serious danger of imploding.

1 Peter 3:10-11      "Whoever desires to love life and see good days, let him keep his tongue from evil and his lips from speaking deceit; let him turn away from evil and do good; let him seek peace and pursue it."