I have been watching this organization for awhile, and am glad to report to you that they give me great encouragement. The name of the organization is Concerned Veterans For America, and they are exactly what their title suggests .... veterans (and their families) who see that the freedom and liberty they have fought for overseas, now needs to be defended here at home.
Their official mission statement is as follows:  The goal of Concerned Veterans For America is to translate the experience, concerns, and hopes of our fellow veterans and their families into a common vision of liberty and freedom. We will provide a new and unique perspective on the issues that threaten to cripple not only our economic and national security, but the spirit of opportunity and liberty that we fought to defend and all Americans cherish. Our task will be to bring that fresh perspective to the American people and our leaders. We will lead. 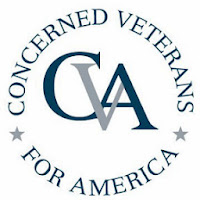 Who are they?   Let them tell you for themselves:  We are veterans. We are the family members of those who proudly wore the uniform. We come from every branch of uniformed service, with service histories stretching from World War II to the War on Terror. We come from all walks of life and live in every community across the United States.

There is a strong belief that the freedoms we have defended – that our friends and loved ones suffered and died for – are threatened by the irresponsibility, broken promises, and misguided priorities in Washington. We contend that veterans, service-members, and their families are, and will continue to be, disproportionately affected by the current economic crises. We must rally to continue fighting as active citizens, just as we fought as soldiers.
Throughout our years of service, through many deployments around the world, we have seen firsthand what happens when freedom and free markets are interfered with and fail.  After our service, we have watched our elected leaders fail to rise to the tests they face. We are committed to the historical promise of our nation, which is that all Americans have an equal opportunity to pursue prosperity. We affirm this commitment by working to return to the tradition of limited, effective government and disciplined administration through which this nation has weathered many past storms, so that those men and women who have given the most in service to the nation will not be denied their chance to enjoy that prosperity . We believe that it is our duty to stand as active citizens in defense of the freedoms that create that opportunity for prosperity, and to lead our fellow veterans in this new mission.

Now that you've got a pretty good picture of who this organization is, and what they stand for, let me tell you why I think it is important that they exist.  For the past few years, I have been waiting for the veterans who have come home to realize how the country has changed since they've been away.  For those of us who have witnessed "the fundamental transformation" of our great nation, it has been difficult to realize that our military has largely been isolated from the policy decisions in Washington and the reshaping of our culture. 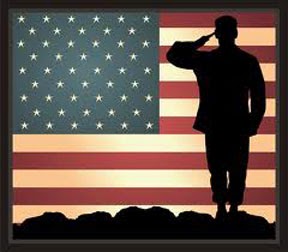 Now that many of them have come home to a radically different America, they are once again rising to the occasion and accepting the same mission they had while in uniform --- defending freedom.  They recognize that our crippling national debt is denying many Americans the opportunity to prosper.  In fact, the former chairman of the Joint Chiefs of Staff, Admiral Mike Mullen, has argued that debt is the biggest threat to U.S. national security.  When budget cuts and Sequester affect the military's efforts to adequately defend the country, that's something the veterans can identify with, first-hand.
But it is more than national defense that concerns them.  Today’s veterans return home to a struggling economy and fewer job opportunities. Unemployment rates for Iraq and Afghanistan veterans are significantly higher than for the general population.  Veterans did not join the military to get rich, nor do they demand riches upon their return home.  But the fiscal irresponsibility of our leaders in Washington has not earned the respect of our veterans.  They expect our elected representatives to show the same dedication and selflessness that those who defended this country in uniform have shown.
The organization states that there are 15 million veterans in this country (from WW ll vets to those who have fought in the current wars in Iraq and Afghanistan).  That's a pretty huge voting bloc; it includes 50 million if you count family members.  Veterans have much to bring to the table:  discipline, commitment, sustained effort, and a willingness to fight for something larger than themselves.  Think about it .... wouldn't unselfishness be a nice trait to have in our national debate?
Finally, what gives me so much hope is that our veterans are being encouraged to take action; to stand up and be counted!  They are being called to a different mission:  active citizenship.  Their motto is "Defend and Reform", and I have no doubt that they will execute this mission as they have throughout our history; with honor, courage, commitment and leadership skills that will affirm America's freedom and strength.

To learn more about this outstanding organization and their mission, visit their website: www.concernedveteransforamerica.org.

Galatians 5:13    "For you were called to freedom, brothers. Only do not use your freedom as an opportunity for the flesh, but through love serve one another."