I prefer to celebrate today as Independence Day, instead of Fourth of July.  I want to recall the true meaning of this day, instead of observing the façade.  We've made it all about a day off from work, fireworks, hotdogs, and a day at the beach.  We've forgotten what it MEANS!
Independence:  free from outside control; not depending on another's authority; not depending on another for livelihood or subsistence; capable of thinking or acting for oneself.  Those who established this great nation certainly fit that description.  Two hundred and thirty-seven years ago today, fifty-six brave men made a bold Declaration, in which they "mutually pledge[d] to each other our Lives, our Fortunes and our sacred Honor."  And what was so precious to them that they were willing to make those sacrifices?  INDEPENDENCE! 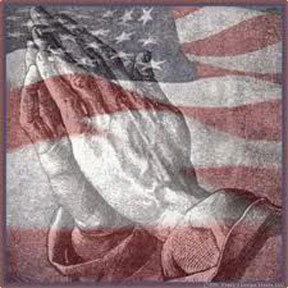 They were very clear about how they wanted to live their lives, and were able to enunciate the "repeated injuries and usurpations" of their unique American rights and liberties.  Indeed, the Declaration of Independence lists a long inventory of the Americans' grievances against the Crown.  The bottom line was this: they were not willing to live as vassals of the king's government.  They knew that their natural rights of life, liberty and pursuit of happiness were being restricted and they were willing to stand up to an oppressive and dictatorial regime.
As Americans of the twenty-first century, are we still capable of recognizing when our independence is being threatened?  Are we made of the stuff our ancestors possessed?  I believe we are!  I have seen a renewed patriotism and loyalty to our founding principles, and a desire to return to the self-sufficiency and self-determination that were the hallmarks of our forefathers.  In 1776, Americans were ready to stand on their own and throw off the burdens of exorbitant taxes, regulations and unjust laws.  They yearned to be a free people, responsible for their own successes and failures; not subjects of a despotic tyrant.  King George III underestimated this hunger for freedom, independence and liberty.  And he underestimated their firm reliance on the protection of divine Providence.
I still believe that God can guide the future of this country, just as He shepherded its founding.  If you have read a historical account of the eight long years of our fight for independence, you will see His hand at every turn.  From the first shot at Bunker Hill, to the last one at Yorktown, there was no way we should have ever defeated the great fighting force of the British Empire!  But God had a plan for America; He chose us to show mankind that they were designed to live in freedom.
So as we celebrate the historic signing of the document that changed the world, let's not forget that the brave citizens of those colonies did not accomplish this on their own.  They could not accomplish it on their own.  And let's remember that the country was divided among their loyalties.  Historians think that only about 40-45% actually supported breaking away from Great Britain, while 20% were counted as Loyalists, and another 35% remained neutral.  Just like today, they were not a cohesive populace.  We can sometimes become discouraged that we are no longer a "united" nation.  But God can still work His miracles and use His power and authority to re-establish us as His beacon of light to the world.
That's what I choose to celebrate today!  I am proud of our history, and proud to be an American.  I commit my strength, influence and energy to preserve what God and those amazing 56 men set into motion so long ago.  God Bless America!

And I invite you to watch this emotional video that celebrates those who help ensure that we remain independent and free.  They need our prayers and our support.  Bless them, Lord!

Galatians 5:1    "For freedom Christ has set us free; stand firm therefore, and do not submit again to a yoke of slavery."
Posted by Pam Kohler at 7:00 AM

Email ThisBlogThis!Share to TwitterShare to FacebookShare to Pinterest
Labels: Pariotism