Why Keep Asking "Why"? ... Or At Least Ask the RIGHT Questions! 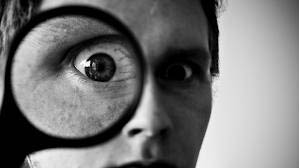 Boy, I don't even know where to start today!  In the aftermath of the arrest of the surviving Tsarnaev brother, my mind is racing in so many directions; and with no concrete answers!  I guess I first want to address the incessant and idiotic (at least to me) questioning by the MSM as to what could possibly have made these two young men take part in such a heinous act?  Let's put all of our political correctness aside once and for all, can we?  It's time to quit hiding behind "tolerance" and say it loud and clear.  No more being afraid to offend someone; the reason these two brothers carried out this bombing is .... RADICAL ISLAM!  There .... I've said it.  We shouldn't be apologizing when the facts are right before us.
All the wishing and hoping by the Progressive Left could not make their dreams come true.  There was no way they could make the culprits redneck, Tea Party, or white right-wing extremists.  Not that they didn't try to convince their sheeple that it was so.  But it is time that the American people realize that the agenda of our government has been to lead us away from what we've instinctively known all along .... there is a war going on between two radically different ideologies.  The religion of Islam has been hijacked by fundamentalist extremists who have declared jihad on Christianity and Judaism; it is their goal to kill and destroy us "infidels".  We have been lulled into a false sense of security by leaders who have not only placated this ideology, but supported it in clandestine ways.  And now the facade is falling apart.
Because, you see, this latest "terror attack" has uncovered more questions than it has answers for.  And I reminded PLW of a spiritual axiom that popped into my head this morning.  You have heard me say that this whole "internet age" and new technology has been an instrument of Satan (pornography; introducing the occult to our children through Dungeons and Dragons and the like; and desensitizing our youth through violent video games --- just for starters).  But the Holy Spirit reminded me this morning that what the Devil means for evil, God can use for His own good purposes.  And I believe we are seeing that in the wake of the Boston bombings.
For you see, the technology that is available through cell phone cameras means that the public can catch our authorities in lies and misconceptions.  The "official" story is now harder to substantiate when there is more conclusive evidence that shows a different narrative.  So at this stage of the "story" there are actually more questions than our various branches of the government and national security departments ever anticipated being asked.
I am trying not to get caught up any way-out conspiratorial theories, but there are some legitimate questions that have been raised by multiple sources and agencies that, at this early stage in the investigation, deserve at least a cursory consideration.  So let me just throw some of these out there and let's see where the next weeks and months take us.  Here are just a few questions and thoughts swirling around in my head: 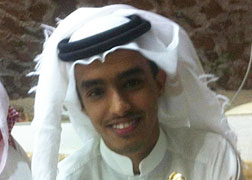 •  Why have we not heard anything more about the initial suspect in the attacks (the Saudi National who was hospitalized)?
•  Did you know that he is allegedly here in the States on a Student Visa and is supposed to be a student attending school in Findley, Ohio?  So what was he doing living in an apartment in Boston?
•  Did you know that he allegedly attended the same Muslim Brotherhood mosque as the Tsarnaev brothers?
•  Did you know that on January 14, 2013, our president met with the Saudi Minister of the Interior, and two days later, Janet Napolitano signed an agreement with this same Minister giving Saudi Nationals "Trusted Travelers" Status?  Did you know that this status is only shared by citizens of Canada and Mexico; that not even our "trusted" allies in Germany or France share this status?  Israel is still waiting to receive this important status!  Did you know that with this status, if Saudi Nationals come into our country on Student Visas, that it doesn't even show up?  They are virtually incognito?
•  What is all the confusion about this Saudi student's deportation?  Does it have anything to do with the 140 Saudi's that were flown out of the U.S. shortly after September 11, 2001?  What are the real connections between our government and the Saudi government?
•  What about the rumors that the Tsarnaev brothers (at least the older one) were actually double agents that were supposed to infiltrate the extremist Chechyan movement, but then became radicalized themselves? (Read Israel's DebkaFile report for more on this theory).  Is Russia "the foreign government" who allegedly alerted the U.S. about the older brother's trip to Russia?  And why did the FBI not continue to observe him?
There are too many rabbit holes to go down, with no clear answers.  And we may never know the real truth.  Is there a slight chance that the parents could be on to something when they declare that their sons were "set up"?  Even the circumstances of the older brother's death have changed.  Did he have a suicide vest on, or didn't he?  Who actually ran over him?  The younger brother supposedly tried to self-inflict a gunshot wound to his head, resulting in his inability to speak.  Yet new sources say there was no gun found on his person when he was arrested.  There are too many inconsistencies! 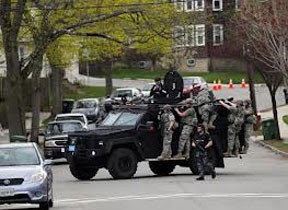 Then we can go a whole different direction and take a look at the civil liberties issue.  Why were no Miranda Rights read to the youngest brother?  Why was an entire section of Boston shut down; people subjected to warrantless home searches; armored vehicles in the streets? .... yet the suspect was found outside that perimeter?  Are precedents being set for Martial Law?  According to the website, SHTFPlan, under the Patriot Act and the National Defense Authorization Act, anyone deemed to be acting in a manner that seeks to subvert the laws of the United States can be declared a terrorist... hence no Miranda rights are necessary.  That will be convenient if we ever have "real" Americans involved in a terror plot, won't it?
Then there are the really crazy effects of this whole tragedy ... I actually heard someone call in to a talk radio program and suggest that these poor boys were a product of "bullying" by arrogant and unsympathetic Americans!  That's right, blame it on us Americans again.  And then there is New Jersey Senator Frank Lautenberg who just can't "let a good crisis go to waste" and decides that this is the perfect time to introduce legislation that would restrict the use of gunpowder in order to "reduce terrorism".  Can't forget the gun control agenda, now can we?
Finally, there is the enlightening article on WorldNetDaily.com that "Americans are 'snapping' by the millions."  Apparently we are suffering chronic debilitating stress, our suicide rates are up, and we are depressed beyond comprehension.  The article goes on to tell us that all this is part of the plan.  Just reading a few pages into Saul Alinsky’s notorious “Rules for Radicals,” one encounters repeated confirmation that the very key to radical “change” is keeping the populace angry, encouraging their grievances, stoking their resentments and making sure they are continually upset.  So just how does this latest tragedy feed into that strategy and how much is manufactured to accomplish this goal?
As you can see, I have asked lots of questions and have no real answers.  But I guess my whole point to this post is that we MUST ask the questions!  No more acceptance of the picture "presented" to us; we must seek our own truth and rely on our own instincts; always being vigilant to preserve our rights and our God-given liberties.  It will be interesting to see how far the tentacles of Evil reach, and if the American people can hang on to the freedoms that are slipping away.  God be with us!

Proverbs 16:4     "The LORD has made everything for his own purposes, even the wicked for a day of disaster."