The U.N. and Our Divided Faith 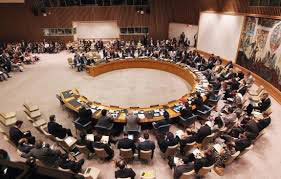 The U.N. Small Arms Treaty is back in the news.  Just a couple of days ago, on Tuesday, the U.N. General Assembly overwhelmingly approved the first international treaty attempting to regulate the $60 billion global small arms trade.  While none would argue that arms dealers have contributed to terrorism and despotic actions across the globe, there are those who are concerned that such far-reaching global legislation could infringe upon the sovereign rights of nations, and lead to a backdoor attempt to disarm and suppress free societies.
I, for one, do not cotton to the idea that the United Nations makes laws for me, an American citizen. This regulatory statute is in direct violation of the Constitution of the United States, which is the supreme law of the United States of America.  Period.  Supreme means superior to all others.  How hard is that to understand?  There's no room in that statement for another governing body to interject its authority into our business.
While conservative leaders in Congress vow to keep this external law from being ratified as domestic law, there are religious evangelical leaders who are calling for its approval.  The Christian Post reported that Christian leaders from several organizations gathered in New York on March 27 for a prayer service over the Arms Trade Treaty currently being reviewed by world leaders.
Paul de Vries, President of the New York Divinity School said, "One of the goals here is to reduce the trafficking of these weapons, which has often resulted in Muslim terrorist groups having tremendous amounts of weapons to bring down or to weaken Christian nations in Africa and other places. This is a small effort, because it is hard to enforce these things – it's really more spiritual warfare than having something on paper."  Please believe me, when I say that I would never question Dr. de Vries' sincerity or belief that he is approaching this matter from a spiritual perspective. 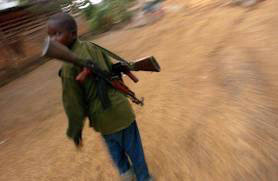 Now I will agree that there is a tremendous spiritual war being waged.  No doubt about it.  But a simple treaty is not going to stop Evil in its tracks.  Another important issue that these Evangelical leaders are focusing on is the despicable practice of child soldiers in Africa and they think that somehow that genie can be put back in the bottle with this treaty.  "We pray that God will guide the decision process so that a strong treaty is adopted that will contribute to peace and safety for all people, and especially for those who live in the most violent corners of the globe," read a leaflet from the prayer event.
And in response to those who (like me) are expressing concerns that it is going to trample on Americans' 2nd Amendment rights, this group of prayerful leaders believe that the Small Arms Treaty will only focus on countries where the illegal trade of weapons and ammunition is very high, and will not infringe on 2nd Amendment rights for Americans.  Galen Carey, Vice-president at the National Association of Evangelicals said, "The treaty says that there is no regulation of domestic weapons or gun ownership or sales and so we believe that those who have those concerns need not worry. Our second amendment rights will in no way be compromised."  He went on to remind critics that "the U.S. already has some of the strictest controls on international arms exports, while maintaining unparalleled protection for the rights of individual citizens to own guns."
With all due respect, are they living on the same planet that I am?  Have they paid attention to the regulation efforts in Colorado and those currently before our Congress?  And do they really not see the writing on the wall?
Here is another of Carey's naive statements:  "The treaty can make it much more difficult for gangsters, rebel groups or even governments who oppress their own people to purchase weapons on the international market, if these regulations were to go into effect. It would make it harder and more expensive for them to get these weapons, and less weapons means less people will be harmed".
Excuse me, but I'm one of the faithful who believe that the Devil is in the details.... literally.  I find it hard to believe that they really think governments who want to oppress their own people will humbly and honestly follow any treaty that doesn't further their agenda.  Have they read their Biblical history lately?  And governments never lie to their people, right?
It's for the children this group of devout Evangelicals claim.  Make no mistake, I abhor the atrocities inflicted upon innocent children in the name of terrorism.  But, I, too, am thinking of the children; of all the children who may lose the opportunity to be born into a self-governing, free nation that was established by the hand of God if this treaty is adopted by the U.S.  We may share the same faith in a loving God, but our trust in earthly dominions is worlds apart.

Galatians 5:1      "It is for freedom that Christ has set us free. Stand firm, then, and do not let yourselves be burdened again by a yoke of slavery."