The Second Amendment Survives .... For Now

There were nine proposed changes to a gun control bill presented to the Senate yesterday and two of the more prominent ones failed to pass.  The vote on the so-called Manchin-Toomey amendment was 54 in favor, 46 against — failing to reach the 60-vote threshold needed to move ahead.  The Senate’s failure to expand background checks means the three pillars of President Obama’s gun control agenda have stalled. The chamber also rejected Dianne Feinstein's much ballyhooed proposal to ban military-style semi-automatic weapons and high-capacity ammunition clips. 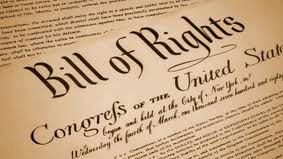 Needless to say, the anti-gun lobby is less than pleased.  New York City Mayor Michael Bloomberg didn't hide his anger, "Today’s vote is a damning indictment of the stranglehold that special interests have on Washington."  That's kind of the pot calling the kettle black, isn't it Mayor?  After all, your hired thugs have been largely responsible for the stealthy attack on Colorado's Second Amendment rights.  He went on to say, "The only silver lining is that we now know who refuses to stand with the 90 percent of Americans – and in 2014, our ever-expanding coalition of supporters will work to make sure that voters don’t forget."  First of all, your ever-expanding coalition of supporters have been exposed.  Secondly, I'm not sure where you get your information, but I'm calling you on your statistic of 90% of Americans want the same thing you do.  An early April poll by Gallup revealed that gun control issues are not exactly at the top of American's priority list, scoring only 4%; far below the Economy, Unemployment and Dissatisfaction with the Government.
Although Harry Reid voted against the gun control issues, don't get your hopes up that he has suddenly put the liberties of Americans before politics.  Mocking gun rights, Reid stated that he still feels gun control is "more important than preventing imagined tyranny."  Oh, and by the way, having voted against it, Reid can now reintroduce the amendment at a future date.  And Madame Feinstein herself, criticized her Senate colleagues and challenged them to "show some guts."
And while we're talking about playing politics, Vice-President Biden feigned tears at a White House Press Conference, and the President himself, couldn't avoid staging a convenient photo op.  Surrounded by Newton citizens and Gabby Gifford, he went so far as to claim that "The gun lobby and its allies willfully lied about the bill.  This pattern of spreading untruths … served a purpose."  Just like the Affordable Health Care Act, right?
While I am pleased with this momentary setback to the attempt to rob me of my Second Amendment rights, I know that the fight is not over.  Expect back room deals, arm twisting and more "events" to keep this issue at the forefront of this Administration's agenda.  I truly believe it was proactive citizens who called their Senators that made the difference on this vote.  If the American people ever back down on this push to eradicate our rights, honest citizens will find themselves defenseless.  Round One goes to us.

Luke 11:21-22      "When a strong man, fully armed, guards his own house, his possessions are safe. But when someone stronger attacks and overpowers him, he takes away the armor in which the man trusted and divides up his plunder."