Since before Christmas, we have seen the images and heard the tragic details about the shooting at Newtown, Connecticut, in which 20 children and 6 adults were murdered by a madman.  I don't think there is a day goes by that the MSM doesn't give us another glimpse into the heartbreak of that awful day.  We are constantly reminded that innocent children lost their lives that day to an evil force.  Those precious children will never live to fulfill their potential, and we are often asked to think about the pain and fear they must have been subjected to.
We are also aware that our Federal Government has not let us forget this tragedy either.  Anguished parents become expert witnesses in front of Congress for the purpose of furthering an agenda of expanded gun control.  Parents are even promoted to speak for the White House; one of the President's weekly addresses to the nation was given by a shattered Newtown parent.  Each day our TVs bring us a fresh reminder that families will never be the same; and there are children who will not be experiencing the joys of growing up.
I want to make it clear that, in no way, am I diminishing the evil that occurred that day or the very real pain and heartbreak that these families are faced with.  And the loss of these beautiful children ... it is hard to comprehend.
But now I want to ask a controversial question .... why has the media not covered the horrific murder trial of the Philadelphia abortion doctor with the same reaction and passion?  The numbers may not be as great; only eight children and one adult.  But Dr. Kermit Gosnell is no less a monster than Adam Lanza, and the deaths of these innocent children are no less tragic. 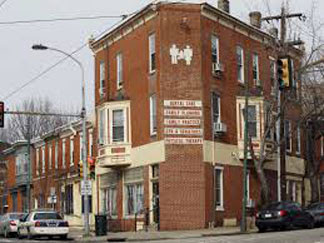 The details seem tailor made for a horror movie .... According to District Attorney Seth Williams, Gosnell “induced labor, forced the live birth of viable babies in the sixth, seventh, eighth month of pregnancy and then killed those babies by cutting into the back of the neck with scissors and severing their spinal cord."  It is hard to even type those words! This is Evil incarnate!
Yet have you heard about any of this with the same enthusiasm that the MSM repeated the tragedy at Newtown?  Are these not murders of innocent children?  Further research details even more horrific practices and atrocities against live babies, but it is not my intention to shock you with the butchery. You can read it at your own discretion.   I just want you to consider the possible reasons this "headline-grabbing" story is being ignored, while Newtown is still so front-and-center.
Could it be that there is a disparity between these two events and the abortion story just doesn't fit the Progressive agenda?  I know that this sounds like I'm drinking the conspiracy kool-aid again, but it's hard for me to imagine that Gosnell's murder trial isn't the lead story on every major news network.  It has all the elements of a "hot" story and one that offers the media weeks of coverage:  ill-treated minority patients; underage and improperly trained employees; sickening actions taken against defenseless children, both before and after they were born.  Yet, the media is strangely silent.
I just can't imagine that network executives don't see the similarities .... innocent children lost their lives to an evil force ....  precious children who will never live to fulfill their potential .... and the pain and fear these children must have been subjected to (the fetuses were responsive to the despicable actions at the abortion clinic).  The results of the tragedy are the same.  The only difference is the method with which death was administered.  Is it too much of an exaggeration to say that the MSM appears to want to avoid spotlighting the issue of abortion in Philadelphia, while eager to exploit their own gun control agenda from the Newtown tragedy?
According to TheBlaze, ten Congressmen took to the floor of the U.S. House to shed some light on Gosnell's murder trial.  Among them was New Jersey Representative Chris Smith, who said, “If Dr. Gosnell had walked into a nursery and shot seven infants with an AR-15, it would be national news and the subject of presidential hand-wringing."  Representative Smith went on to intimate that if Gosnell had used a so-called "assault weapon", CNN's Piers Morgan would have been all over the story.  I join him in asking, "Will the decades-long major national news media cover-up of the brutality—and violence—of abortion methods ever end?  Will Americans ever be told the horrifying details as to how — and how often — abortionists dismember, decapitate, and chemically poison innocent babies?”
Perhaps for the first time, the shocking details will be forced into the spotlight.  It's time the American public realize that abortion involves the murder of innocent children; both unborn and those who have taken the breath of life.  As a nation, it is time to end this abomination and repent of our sins.

Email ThisBlogThis!Share to TwitterShare to FacebookShare to Pinterest
Labels: Media