Hollywood Gets It Wrong Again!

This is the other side of the coin from yesterday's blog post.  Michelle Malkin has written an excellent article on leftist Hollywood director Robert Redford's latest movie, titled The Company You Keep.  Redford has long been known as a political and environmental activist through movies he has both directed and starred in, such as Three Days of the Condor, Milagro Beanfield War, The Candidate, Lions for Lambs, and The Motorcycle Diaries, which chronicles the radicalization of Marxist guerilla Ché Guevara.

Redford has now set his sights on glamorizing the terrorist activities of an arm of the Weather Underground.  He will star in the movie, along with fellow Hollywood leftie, Susan Sarandon, in which they will portray fictionalized versions of May 19th Communist Coalition (M19CO) members Kathy Boudin and David Gilbert.  The M19CO name was derived from the birthdays of Ho Chi Minh and Malcolm X; so that should give you a pretty good idea of the origin of their ideology -- violence is acceptable as a means to an end.
Redford and his executive producers will attempt to romanticize their character's involvement in a murderous spree, going so far as to gush, "This is an edge-of-your-seat thriller about real Americans who stood for their beliefs, thinking they were patriots and defending their country’s ideals against their government".  In reality, the real-life radicals the movie is based on were domestic terrorists and anarchists. 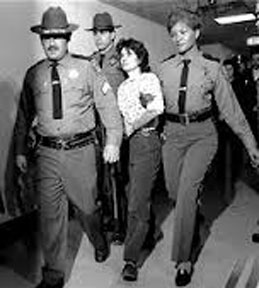 Kathy Boudin and David Gilbert were part of that pack of spoiled rich kids who, along with Bill Ayers and Bernardine Dohrn, developed the Weathermen, a radical left organization that formed out of the Students For a Democratic Society (SDS).  Their stated goal was to create a clandestine revolutionary party for the overthrow of the US government.
I was a young high school student when their names became synonymous with lawlessness and revolution.  Think of them as Occupy Wall Street-ers with bomb-making facilities and murderous intentions.  In Redford's movie his character is forced to go into hiding after a bank heist to fund their revolutionary plans results in the accidental death of a security guard.  The rest of the movie is focused on developing sympathy for the character, both as a "patriot" trying to exonerate his actions, and as a dutiful parent separated from his child.
The truth behind this fairy tale is that Boudin, Gilbert and M19CO members formed an alliance with the violent Black Liberation Army to achieve three objectives:  1)  Free political prisoners in US prisons;  2)  Appropriate capitalist wealth (through armed robberies) to fund the third stage, and  3)  Initiate a series of bombings and terrorist attacks.  Just a nice group of kids, right?
The movie centers around the real-life 1981 event where Weather Underground members Kathy Boudin, Judith Alice Clark, and David Gilbert, together with several members of the Black Liberation Army, participated in a robbery of a Brinks armored car at the Nanuet Mall, near Nyack, New York. Upon her arrest Boudin was identified as a member of the May 19 Communist Organization. Three officers were killed.
But lest you think this one act is the sum of our "heroes" activities, let me tell you a few more of their accomplishments:
•  Jan. 28, 1983, M19CO bombed the federal building on Staten Island, N.Y.
•  April 25, 1983, they were responsible for a bombing at the National War College at Fort McNair in Washington, D.C.
•  November 7th, 1983 US Senate Bombing
•  April 5, 1984 Bombed the Israeli Aircraft Industries Building
•  On November 3, 1984, two members of the M19CO, Susan Rosenberg and Timothy Blunk, were arrested at a mini-warehouse they had rented in Cherry Hill, New Jersey. Police recovered more than 100 blasting caps, nearly 200 sticks of dynamite, more than 100 cartridges of gel explosive, and 24 bags of blasting agent from the warehouse.
•  September 26, 1984 bombed the South African consulate. 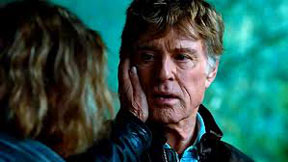 Now, I will admit that I am not as naive about our government as I was as a young idealistic high school student.  But I will sincerely oppose any openly terroristic methods to bring the government down!  Anyone who does any serious research will come away knowing that Redford's film is a thinly disguised attempt to re-write history.  In truth, his sentimental protagonists were ruthless killers who participated in the $1.6 million heist, and took part in two bloody shoot-outs as they fled the scene.
Predictably, Redford offers no sympathy for the victims or the families they left behind.  Children were left without fathers, while the Boudin character is portrayed as a caring mom who drops her son off at the babysitter before taking up her role as getaway driver.  (Interesting historical fact:  Boudin's son was "adopted" and cared for by Bill Ayers and Bernadine Dohrn, while his notorious mother served jail time.  That son, Chesa Boudin, attended Yale, won a prestigious Rhodes scholarship, shilled for Hugo Chavez, wrote books and keeps a busy speaking schedule. He still stands by the Weathermen’s revolutionary agenda: “My parents were all dedicated to fighting U.S. imperialism around the world. I’m dedicated to the same thing.”)
And so apparently, is Robert Redford and his Hollywood machine.  I'm sure this movie is dedicated to introducing still another young generation of Americans to the idealism and visions of a Marxist society.  But while Redford may try to whitewash history and show these revolutionaries as innocent of their terroristic labels, there are still some of us who remember them as they really were.  I suggest you Google "Brink's Robbery (1981)" and skip Hollywood's romantic version.

Isaiah 59:12-13     For our offenses are many in your sight, and our sins testify against us.  Our offenses are ever with us, and we acknowledge our iniquities: rebellion and treachery against the Lord, turning our backs on our God, inciting revolt and oppression, uttering lies our hearts have conceived.

Email ThisBlogThis!Share to TwitterShare to FacebookShare to Pinterest
Labels: Entertainment