How would it make you feel to know that people on the other side of the world are praying for this nation right now?  I ran across a brief news report on ChristianNewsWire.com that instantly caught my attention.  Apparently, the National Day of Prayer and Fasting in Australia is calling for 72 hours of prayer and fasting for the USA to take place from today, April 30th – May 2nd, 2013.  The appeal reads like this:  Now is the time for Australia and New Zealand and the nations of the world to stand with the USA in their hour of need. This prayer event will have profound significance for America and help turn the tide of family breakdown, crippling addictions, increasing immorality and random acts of horrific violence, as we have just witnessed in the Boston bombings. 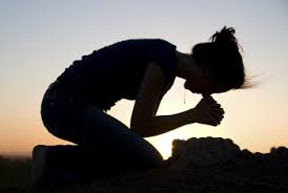 Wow!  That is amazing and quite humbling ...... and hopeful!  To think that men and women half a world away will be praying for our deliverance from the sins that are paralyzing us should bring each of us to our knees!  But what is even more moving to me is that Australians seem to recognize what even our own countrymen won't acknowledge.
The reality is that it was American men who shed their blood that saved Australia from invasion from the Japanese during World War II. The battle of the Coral Sea in May 1942 sank many Japanese ships and troop carriers at great cost to American life. Even though that battle was lost, the war was won as a result. Many nations of the world have much to thank the USA for, because of their past and present sacrifices for freedom.  Wouldn't it be nice if our spiritual and political leaders felt this way about the contributions of our nation?  And wouldn't it change the nature of who we are to realize that it is God we must turn to in order to change our national destiny --- and not the Government, Science, more Laws or Quantative Easing?
I think the Australians have truly captured the reality of our situation.  It IS our "hour of need".  We don't have much more time before we are no longer the country we were meant to be.  We are losing our liberties, our moral fiber, our rugged individualism and, yes, even our very desire to self-motivate.  The yearning to acquire all these traits is instilled in us by God; and every effort to remove Him from our society and culture has resulted in the need to pray and fast for our very survival.
And in case you didn't know, April 30th is officially America's National Day of Repentance, and May 2nd is America's National Day of Prayer -- not that you will see it touted in this country by any who have the ability to announce it or proclaim it.  So it is up to each of us to join Australia, New Zealand and other nations of the world to pray for our own salvation.
We are a nation worthy of prayer; both for all that we have done to help secure the freedoms of men around the world, and for the good for humanity that we can still accomplish.  But we are also a nation in need of repentance; for the atrocities we have committed against God and for the arrogance we have displayed by abandoning His principles and protection, in favor of our own lesser standards.
So today, I will honor this call for prayer and repentance and ask that all of you join me in supplication; asking the God of all Creation to forgive us our sins, and lead us away from the temptation of Evil, as He once again blesses this land and allows us to shine His light from our shores.