We Win Some, We Lose Some 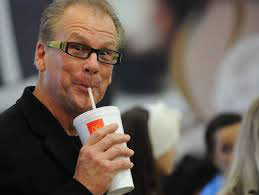 On Tuesday of this week, New York Supreme Court Judge Milton Tingling ruled that the self-proclaimed Health Czar of New York City, Mayor Michael Bloomberg, could not enforce his restriction on the sale of Plus Size sugary drinks.  That resounding applause we heard was coming from all the restaurants, movie theaters, sports venues, convenience stores and other establishments regulated by the health department.
In a win for the Constitution, Judge Tingling stated that Bloomberg and the NYC Health Department overstepped their bounds and had no legal right to implement the ban.  The New York Post reported the following statement by the Judge:  “The rule would not only violate the separation of powers doctrine, it would eviscerate it.  Such an evisceration has the potential to be more troubling than sugar sweetened drinks.”
What seemed to particularly irk Judge Tingling was the uneven and seemingly arbitrary enforcement of the ban.  Supermarkets and large chain stores were exempt, while small, mom-and-pop shoppes on the same block would be subject to the ban.  The Judge correctly ruled that the public health debate over sugary drinks and obesity should be in the hands of lawmakers, not city officials.
So while Bloomberg and his Health Squad plan on appealing the decision, for now they will have to be content with letting the public use their own discretion as to when they've imbibed too much sugar.  Now there's a novel idea!  Score a point for We, The People. 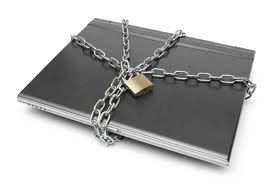 In another stunning victory for the Constitution, the 9th Circuit Court of Appeals has ruled that Customs and Border Protection officers do not have the right to confiscate or download every laptop or electronic device brought into the U.S. without “reasonable suspicion.”  So these agencies can no longer conduct warrantless searches of your iPhone, iPad or laptop computers.
What this ruling means is that the Court feels we, as private citizens, have a right to expect that the data on our electronic devices remains private.  The Government must have "reasonable cause" to begin snooping through our private information.
But before we get too excited that our Fourth Amendment to the Constitution (which ensures the right of the people to be secure in their persons, house, papers, and effects, against unreasonable searches and seizures...) has been upheld, there seems to be a weak link in the ruling.
According to Kevin Gosztola of Firedoglake, who wrote an extensive blog on this ruling, The result of the ruling is the judges appear to have concluded there should be a “reasonable suspicion” standard for forensic examination of devices beyond the initial search at the border to protect at least some of a person’s privacy that has not yet been violated. The ruling also found “password-protected files” should not be considered suspicious. But, the standard for establishing “reasonable suspicion” that led the court to reverse a previous ruling seems to be considerably weak.
Let's just say that while I applaud the 9th Circuit's ruling on this matter, the fact that we still have the Patriot Act and a facility in the side of a mountain in Utah that is storing all our information, I'm not too inclined to think that this slap-down will deter the data mining.  Score this one as a speed bump in the  Private Data grab.

This final ruling is sadistic and cruel.  U.S. District Judge B. Lynn Winmill has struck down Idaho's law banning abortions after 20 weeks of pregnancy.  The original law was based on the beliefs held by physicians and others that the fetus is able to feel pain at that point.  In his 42-page decision, Judge Winmill ruled that Idaho's fetal pain law places an undue burden on a woman's right to have an abortion.  The judge went beyond his abhorrent decision by chastising the Idaho Legislature for their motives behind the fetal pain law, saying that efforts to protect a fetus don't outweigh a women's right to choose.  He is quoted as saying, "The state may not rely on its interest in the potential life of the fetus to place a substantial obstacle to abortion before viability in women's paths." 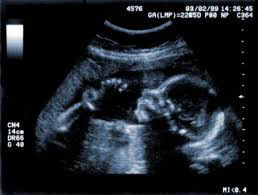 How does this man sleep at night?  His ruling came even though the plaintiff against the State was arrested after police found her fetus in a box in January 2011. An autopsy determined it was between five and six months gestation.  The unmarried, unemployed mother of three claimed she couldn't afford the time or money it would take to travel to Salt Lake City to get an abortion, so her sister helped her access abortion-inducing drugs online.  That criminal case was eventually dismissed without prejudice for lack of evidence, but left open the possibility for prosecutors to refile.
Apparently the judge felt that the lack of abortion doctors in this woman's region of Idaho, plus the ban on fetuses past the 20-week stage, were a gross violation of this woman's right to murder her child.  Because let's call this "piece of tissue" what it really is .... it was a Baby!  The good people of Idaho should tar and feather this federal judge!  This decision goes beyond the gross miscarriage of justice (pardon the use of that sensitive word)!  At 20 weeks, the fetus is well-formed with all ten fingers and toes and is even able to swallow.  Does that judge really think this fetus is incapable of feeling pain?
I chose to show you a sonogram of a 20-week fetus, rather than the more graphic images of an aborted fetus at 20 weeks.  It would break your heart!  How have we come so far down this road?  And is it just the first step?  If a federal judge can rule that a woman's right to end the life of her child can happen at this stage, and just because she has to travel too far to end her baby's life, then what's to stop judges from overturning any laws that ban abortion?  If a woman should be allowed to abort at 20 weeks, why not 24 or 30?  Obviously, a woman's right to a convenient life is more important than her responsibilities as a life-giver.
God will not be mocked!  These kinds of decisions offend Him and we will not escape His judgment.  It is my humble opinion that the deterioration of this nation has come about because we have embraced this detestable practice.  Until we quit slaughtering the innocent lives He has created, we will continue to reap the seeds of degeneracy we have sown.  Score this one for the Devil!

Proverbs 24:11-12       "Rescue those being led away to death; hold back those staggering toward slaughter.  If you say, “But we knew nothing about this,” does not He who weighs the heart perceive it?  Does not He who guards your life know it?  Will He not repay everyone according to what they have done?"