Don't Be Late To The Party

I don't know if they have suddenly seen that the clock on the wall reads 5 minutes to midnight, or events are coming so fast and forceful that they can no longer be ignored, but more and more people are coming to the realization that they are late to the party.  They have finally arrived, but they are late enough that the party is well underway.  And, trouble is, there's a shortage of party favors. 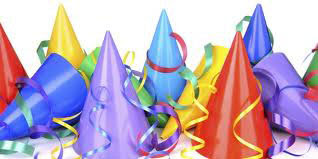 So how do we help them?  These folks are going to have a harder time getting themselves and their families really prepared for what's coming down the pike.  Those that have expressed their concerns to me and PLW fit this general description:  no firearm or ammo, no food and no plan.  For many of them, Sandy Hook was the impetus.  The reaction from the Left was swift and predictable.  They were almost salivating over the loss of innocent young lives because now was their chance! Gun control was in their grasp!
The Latecomers, for whatever reason, thought that day would never come, failed to react quickly enough, and suddenly found themselves on the short end of the stick.  If you can believe the statistic being touted across the blogosphere, a firearm was purchased somewhere in America every 1.5 seconds!  People are stacked three deep in mile-long lines to enter gun shows , and the ammo shelves at every retailer have been picked clean.  You almost want to laugh at their innocence when they ask, "Do you know where I can purchase a firearm?"  Except it's not funny .... especially when it comes to being able to protect themselves or their family.
And even if they are lucky enough to have inherited their dad's pistol, many of them have no idea how to effectively and safely handle that firearm.  So then there is the matter of getting trained, and it is readily apparent that they are behind the curve.  There is more to owning a gun than pointing and shooting.  You must be able to discern when and how to pull your weapon; how to safely handle your weapon around your family and in your house; and how to react in a multitude of scenarios.  If you are smart enough to know you need training, I would recommend finding someone with a high level of training themselves and ask them to teach you.  There is always someone willing to bring you up to speed, whether it is a highly-qualified friend or a professional trainer you can pay.  Believe me, it will be worth the money!
Then there is the question of food.  Latecomers have seen the devastation of the recent storms and the violent weather in the last few months.  So that has helped fire a neuron or two in their brains and they are starting to realize that it wouldn't take long to deplete the leftover pizza and the couple of pounds of hamburger in their refrigerator.  Any shutdown of food supplies for over 72 hours and their families would be hungry.  Most of them don't have the necessary funds it would take to stockpile all the food items they would need for long-term storage, so they are facing the overwhelming task of determining what they can afford and how quickly they can amass the essentials.
The real test comes when you assess whether they are willing to live in the past.  By that I mean, can they accept the mindset of gardening for their food, living without modern luxuries (including electricity if the SHTF), and developing skills that their grandparents took for granted?  If all of that .... or ANY of that ... overwhelms them, then I'm afraid they will suffer the consequences of their failed judgment.
And that's not even considering such things as a safe water supply, medicines, or developing community with like-minded people.  If they think buying the basic tools of survival will get them through the coming season of pain, then they probably aren't worth wasting your time.  I know that sounds cold-hearted and callous, but the time has nearly passed for people to get on board. 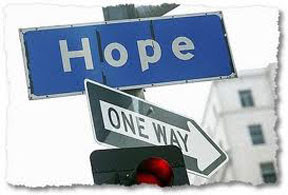 It has become quite apparent to me that God, while still in sovereign control of His universe, is coming closer to harvesting the wheat from the tares.  Until this time, we have all co-existed together, but the line between those who can discern what time it is, and those who are late to the party is becoming clearer and in sharper focus. We will be separated into the genuine and the counterfeit; the authentic and the fraud.  It's good to be ready, primed and equipped, but if you're prepared and still don't know God as your personal Savior, then the clock is ticking for you, too.  No matter how much ammo, food, or training you have, you don't stand a chance if Jesus is not part of your plan; the most important part!  DON'T BE LATE TO THE PARTY!
I do not feel a sense of triumph over those who made a conscious decision to dismiss PLW and myself over the last few years.  It wasn't easy to have our warnings shrugged off as absurd or foolish; the ideas of a couple of paranoid alarmists.  But, now, I take no joy in their anxiety or their sense of urgency.  I see the panic in their eyes and hear the fear in their voices.  I am only too happy to offer whatever support I can.  I will do my best to encourage them and to instruct them to BEGIN .... just BEGIN!
I am no prophet or fortune-teller.  I cannot predict the timeline for future events.  But the fact that the Latecomers are beginning to awaken and the scales seem to have fallen from their eyes, tells me that we can't put Pandora back in the box.  There's only one way to go and that is forward towards our destiny. The last bit of advice I would offer is to pray.  Ask God to forgive this nation for our affronts to Him, and ask for guidance to put this country back together again.  And then go forth and prepare; physically, spiritually, and emotionally.  Help those that God puts in your path and be ready to share His gospel message with everyone.  That's our way out of this mess .... both Salvation and Survival.  That was the goal of this blog from day one, and it's important now, more than ever!
Romans 15:4-6     "For everything that was written in the past was written to teach us, so that through the endurance taught in the Scriptures and the encouragement they provide we might have hope.  May the God who gives endurance and encouragement give you the same attitude of mind toward each other that Christ Jesus had, so that with one mind and one voice you may glorify the God and Father of our Lord Jesus Christ."