CSCOPE: Know What Your Children Are Being Taught!

Texas has often set the standard for what is included in public school textbooks, and it could be argued, "as goes the Texas Educational Curriculum, so goes the nation."  Well, Texas is in a battle to save the soul of American education.  According to its own definition, CSCOPE is "a customizable, online curriculum management system; a K-12 educational curriculum support system to aid teachers in raising the level of public education in Texas schools."

But listen to the teachers who have participated in this "curriculum", and you will hear a very different and quite disturbing story.  Brave teachers stepped up and exposed the truth behind the duplicitous program and the mask has been removed.   The program was purchased by local school boards after being given a glorified promise by CSCOPE of a transformed educational system.  The promoters of this curriculum boasted that it was developed through the best research practices, even though the listed experts (all liberal or radical) on which this program is based are either dead or haven’t been in the classroom for years. 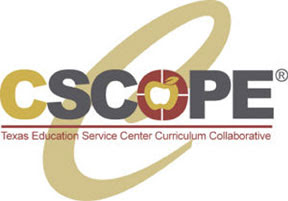 After school systems purchased this curriculum, teachers were forced to accept the mandated programs of study without review, and demonized if they asked questions.  Teachers were forced to sign a gag order, preventing them from disclosing the contents of the curriculum to parents, while constantly being intimidated with unannounced three-minute classroom walk-throughs and hints of impending unemployment if they were not “team players”.
The plan was to circumvent scrutiny by the Texas Legislature, the State Board of Education, The Texas Governor’s office, or the Commissioner of Education "because this product and service built around Agenda 21 ideas are guaranteed to be the best thing out there and competitors would want it if they saw all of it."
So what is behind the lesson plans of CSCOPE?  And why would its promoters glorify it, and teachers feel compelled to condemn it?  To understand the high level of concern, you must realize that most of the state’s classrooms, some 80 percent, are using the CSCOPE program.  Then when you add in the fact that students were being taught that the Boston Tea Party was an act of terrorism; Christians were cannibals;  and students were forced to draw a socialist flag while imagining a new socialist country .... well, you can imagine that it didn't set well with many patriotic teachers.
That is just the beginning.  Consider these controversies that revolved around the curriculum's presentation of Islam:
•  CSCOPE Version: Non-Muslims in conquerored territory are allowed religious freedom (for an additional tax).  TRUTH:  In fact, many non-Muslims are killed in Islamic countries for exercising their faith. Almost one million Christians fled Iraq in the wake of the Iraq War because of the genocide there. Iran imprisons and executes Christians for sharing their faith.  Just consider the story of Iranian-American Pastor Saeed Abedini, who is being tortured in an Iranian prison for refusing to renounce his Christian conversion.
•  CSCOPE Version:  “Zakat" is merely the act of almsgiving (tithing); the duty to give away alms and to help the needy.  TRUTH:  Numerous publications have exposed the “zakat” as a means of laundering money to terrorist organizations, with charities being fronts.  (The Holy Land Foundation is a good example).
•  CSCOPE Version:  “Allah is the Almighty God…Allah alone is the Creator, He alone deserves our devout love and worship.”  This came from a section under the heading, “Who is Allah?”.  There is no such heading, "Who is God?"  TRUTH:  Jesus Christ is the Only way to God the Father.  Teaching of other world religions is not the issue here.  It is the promotion that Islam and Christianity worship the same God.
I wrote in a July 12th blog post that the Common Core State Standard Initiatives was the latest effort by the Federal Government and the Department of Education (DOE) to dictate the content of our public school curriculums.  World Net Daily recently reported that "Texas is one of the few states still resisting implementation of Common Core, Obama’s national standards initiative, which many feel is a transparent attempt to nationalize education and progressively control classroom content with minimal parental oversight. A source in the Texas education system reported that Common Core operatives in the DOE are actively pursuing CSCOPE as a way around the Texas legislative process."
So it is with great pride that I can tell you that at the end of January, 2013 a Texas State Senate hearing brought CSCOPE out of the shadows and into the light of scrutiny.  Donna Garner, of Education News, covered the hearings and was instrumental in bringing the teachings of the curriculum system to the attention of legislators.  Read from her minutes of the hearing: 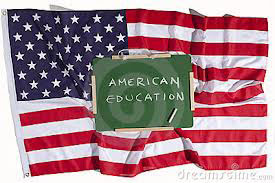 When classroom teachers, parents, or the general public testified — the ones closest to the classroom students — they told a completely different story [from the "education establishment"].  One of the most poignant moments in the hearing occurred when a veteran Algebra teacher almost broke down in tears as he told of having to quit his teaching job recently because he was required to teach CSCOPE.  He said he could not look his students in the eyes, knowing that he was “aiding and abetting ignorance…and giving them an allusion of an education.”
A well-credentialed education researcher, who works with many Texas school districts and who intensely dislikes CSCOPE, said she had had doors slammed in her face when she sought to uncover the ideology behind CSCOPE.  She said teachers are afraid to speak out about the content of the CSCOPE lessons and the links that students are directed to investigate.  Several of these links take students to sites where Wiccans are said to be similar to Christians and where Islam and Christianity are harmonized as being similar.
A current classroom teacher of 30 years’ experience told about being offended with the lesson in which students were required to make a Communist/Socialist  flag.  She said her father had proudly fought in World War II to keep our nation free and that our students should be taught American exceptionalism.  She also said that CSCOPE content teaches none of the great novels and does not teach the young readers a systematic approach to reading using phonics.  She complained that CSCOPE instead teaches whole language and that there is no formal instruction of grammar, usage, and correct writing.  No wonder our kids can't read or write or spell!
Then Senators Ken Paxton and Larry Taylor expressed deep concern about the lesson plans; such plans as "teaching the 5 Pillars of Islam; a lesson in which students role-play a trek to Mecca; a lesson that teaches Allah is the same as Almighty God;  a lesson on Christopher Columbus that cherry-picks his diary to take out any of his references to his belief in God."  The Senators cautioned that teaching children to role-play and sympathize with a particular cause is indoctrination of the mind.  Of course, the CSCOPE administrators came up with lame excuses, such as  "that was part of the OLD lesson plan", or that "CSCOPE staffers are the ones who are in charge of the content."
According to Ms. Garner's report, "One of the Senators responded, “Oh, you mean the same group that has the closed door board meetings…We have already talked about several egregious lessons today.  How many more are there that are buried in the rest of the CSCOPE lessons that we have not located yet?”  Bravo, Senator!
The bottom line is that the Texas Senate Education Committee ruled that extensive changes will be made to the CSCOPE program, eliminating the secretive aspect of the curriculum.  Parents must have access to what their children are being taught.  It's an important victory for parents and teachers, as the state of Texas takes the lead in declaring that our children belong to us --- NOT THE STATE!  They made it clear that we must protect our most valuable resource from indoctrination and manipulation.   As one teacher stated, so eloquently, "“We are Texans, and we don’t cotton to hurting children…or being lied to.”  Don't mess with Texas!

Psalm 32:8     "I will instruct you and teach you in the way you should go; I will counsel you with my loving eye on you."