Chris Kyle: The Best of the Best 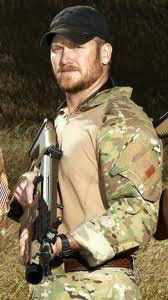 I am still reeling from the shock of Chris Kyle's murder.  No matter what you thought of his outspokenness or brash personality, the man had the creds to back it up.  No one can dispute his title of "the most lethal sniper in American military history," with 160 confirmed kills.  His Wikipedia profile gives you his "official" resume:  He served four tours in the second Iraq war, and was awarded the Bronze and Silver Star medals multiple times. Iraqi insurgents dubbed him the "Devil of Ramadi" and offered an increasing bounty for his head. He was shot twice, and was involved in six IED attacks. He separated from the U.S. Navy with an honorable discharge in 2009 to spend time with his family. He remained in the spotlight, and wrote an autobiography, American Sniper, which became an instant best-seller.  Chris donated all the proceeds of his book to the families of his fallen friends.
This is the Chris Kyle the MSM will now exploit, along with the manner of his death.  We are in the early days of this tragedy and I'm sure the story and the details will change with time.  He was reportedly shot and killed, along with a friend, Chad Littlefield, as they allegedly tried to help a fellow soldier suffering (again allegedly) from PTSD.  That story now seems to be morphing into one of simple robbery as a motive, or perhaps something even more sinister.  (I will let the conspiracy theorists prove whether there is any truth to these claims).  The intentions of both Chris and Chad, along with the location of the murder threaten to obscure the legacy of this American warrior.  For me, the story is not about the danger of guns in the hands of alleged PTSD-sufferers, or the fact that Chris and Chad had gone to a gun range to provide help for a troubled veteran.
What you really need to know is that Chris Kyle had a heart as big as his reputation.  According to his brother, Jeff, his personal motto was "It is our duty to serve those who serve us."  He died living up to that credo.  Both Chris and Chad were described as loving fathers, husbands, sons and friends, who believed in God and country; they didn't just believe in those tenets, they acted on them.  They put their fellow man before themselves and were patriots and heroes in every sense of the word.
I cannot stand by as I hear former Presidential candidate Ron Paul so callously tweet his political bias.  Yes, Chris Kyle "lived by the sword", but that wasn't the reason for his untimely death.  How dare his military career and patriotism be called into question, because Mr. Paul sees an opportunity for one more salvo against America's "unconstitutional foreign wars."  As for it not "making sense" to go to a range to offer assistance to someone suffering from PTSD, anyone who knows the gun culture in Texas and in this nation as a whole, sees nothing amiss.  That's what Chris Kyle did; what he was comfortable with.   That's where he could best reach out to a fellow comrade-in-arms.  Soldiers and civilians alike go to gun ranges for recreation, camaraderie and relaxation.  There are those who like to share a round of golf, or shoot a few hoops.  Shooters go to the gun range.  Period. End of Story. 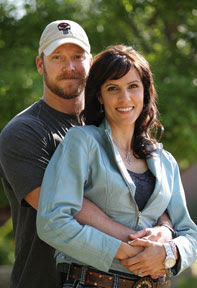 Yet, I don't want this to be the end of Chris Kyle's story.  He stood for so much that is good about the American Patriot Warrior.  He loved this country, went to war when the nation called on him, and became the best sniper he could be.  It is a testament to his loyalty and commitment that Kyle never received the Purple Heart, even though he had been wounded.   He refused to allow the paperwork to be submitted because it would have caused automatic separation from his unit for a minimum amount of time. Instead, he did his job without losing his soul, and then came home to dedicate his life to his family and to those who shared his love of country.
Chris Kyle's story need not become mired in the ugliness of his death.  We can honor him and all the other special operations warriors who are willing to put themselves in unimaginable danger to safeguard our liberties.  They are a different breed of men; called to the sound of battle and willing to put themselves between us and the enemy.  PLW and I have had the honor to meet Marcus Luttrell, another former Navy Seal from Texas, and author of Lone Survivor.  And I can tell you that these men deserve our utmost respect and veneration.  Yet they are humble; never seeking glory or praise.  They have a special bond among themselves, that we in the civilian sector cannot discern and will never share.  We can only admire them from afar.
But we must never forget that we owe our freedoms to men such as Chris Kyle.  And how do we best honor his memory?  By promoting that love of God and country; that "warrior spirit" in our sons.  As long as there is a Chris Kyle or a Marcus Luttrell who are willing to put themselves through rigorous training and in the line of fire, then we stand a chance of remaining a free nation.  If we allow his achievements and his sacrifice to become lost in the media blitz, then the ranks of our heroes will disappear.  Let's not let his death be used to further an agenda that Chris vociferously challenged.  Instead, let his life symbolize what it means to be an American Patriot and Hero, and let us encourage more Chris Kyles.

If you would like to donate to the Chris Kyle Memorial Fund to help support his family and foundation, click here.

Zechariah 10:5    "Together they will be like warriors in battle trampling their enemy into the mud of the streets. They will fight because the Lord is with them, and they will put the enemy horsemen to shame."