Are We Raising A Nation of Sissies?

Yesterday I felt compelled to honor Chris Kyle, the former Navy Seal who was murdered last weekend.  As I said at the end of my post, I hope his warrior spirit will be instilled into our nation's sons.  Unfortunately, if our culture continues down its current path, little boys will have no chance to develop those innate instincts. 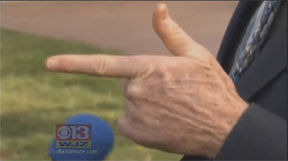 I am just flabbergasted at the new "rules" being instigated against our children.  In just the last few weeks, I have run across several stories that would have been unheard of when I was growing up.  Let me just give you a few examples:  Three six-year olds in Maryland were playing cops and robbers on the playground, when they made the universal hand sign for a gun.  They were all assigned suspension for the simple act of pointing their fingers and saying, "Pow."
According to school officials, Rodney Lynch threatened a student by pretending to shoot him with his "finger gun."  How else are you supposed to play cops and robbers?  Sit down and have a negotiation?  The school counselor said, "I don't believe there was any malicious intent."  How generous of you!  What happened to taking the time and the opportunity to educate children about the difference between pretending and using an actual gun?   Don't you think those six-year-old boys would benefit more from an explanation than a suspension? 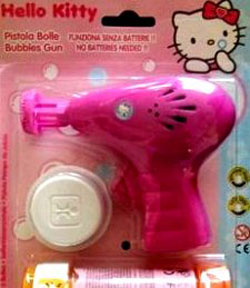 Then I'm sure you've heard of the 5-year-old girl from Pennsylvania who was suspended after telling a friend she was going to shoot her with a pink toy gun that spits out bubbles --- a toy gun she didn't even have with her!  Someone tattled on the little girl who was taken to the principal's office the next day and questioned, without a parent being present.  She was labeled "a terrorist threat", suspended for 10 days and ordered to be evaluated by a psychologist.  The family attorney was able to get her sentence reduced to a 2-day suspension, but she now has a permanent record establishing her as a troubled student.  By the way, the "terrorist" label has been expunged from her record; it now just states she meant to harm another student; again, what a magnanimous gesture by the administration.  All of this over a pink "Hello Kitty" bubble machine that authorities think represents a gun.  I shudder to think how this innocent episode will haunt this little girl for the rest of her life.
The latest story is that of second-grader Alex Evans, who was playing “rescue the world” at recess when he threw a pretend grenade at a make-believe box full of “evil forces.”  There wasn’t actually anything in his hand, nor was there a real box.
“I was trying to save people and I just can’t believe I got 'dispended' ,” Alex said.  After demonstrating how the game is played, he said he threw the fake grenade at the box “so nothing can get out and destroy the world.”  PLW's response?  "Do you know how many fake grenades I threw on the playground and in the woods behind my house? Way to go, Alex!" I second that sentiment.  We need more boys willing to fight Evil.
Instead, Alex was guilty of defying the school's "Absolutes":
1. No Physical Abuse or Fights – real or “play fighting”
2. No weapons (real or play), illegal drugs (including tobacco) or alcohol
3. No serious disrespect toward people or property (includes, but is not limited: profanity, racial slurs, deliberately refusing to follow a staff directive, graffiti, etc.) 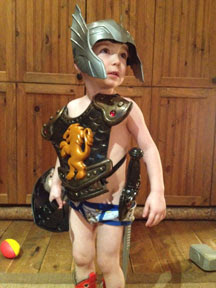 I don't think any of us would argue that no fighting, no weapons, and no drugs are good rules to enforce.  We all grew up with the same rules, and they ensure a safer environment on the playground.  But when you begin to limit the imaginations of children during their play time, then you create social robots.  It is natural for little boys to play "war"; they are wired for it.  PLW and I have a three-year old Godson, Hunter, who breathes, sleeps and dreams of being Achilles.  He has watched the battle scenes in the movies "Troy" and "The 300" more times than you could count, and knows all the sword moves; you'd better not turn your back on him!  His parents are careful to censor the sex and violence - he only gets to watch the tactics of the warriors' swordplay.  (Side note: what does a trained warrior do if he doesn't have a scabbard for his sword?  Why, stick it in his underwear, of course!  You must be ever resourceful and adaptable!)  But my point is that it is natural for him to be drawn to that warrior mentality. It's not something he was taught.  He was mesmerized from the first time he saw the fight scene between Achilles and Hector when he was two.  This is not a passing fancy.  God made him that way.  And he is learning critical thinking; how to thrust and parry and how to defend himself against an imagined enemy.  Denying him this instinctive behavior, would be denying the essence of who Hunter is.
There are some boys who are made to be engineers; whose brains just naturally want to know how something is designed and put together.  Others, like Chris Kyle and my own PLW (Jeffrey Mark literally means "Peace-loving Warrior" for those new to my blog), are inherently going to pick up a gun and want to know how to use it to defend the defenseless.  That's how their brains work.
But our society has decided that we need a cultural and biological makeover; that somehow if we eliminate the natural tendencies from our hyper-agressive boys, we will have a kinder, gentler, more equitable citizenry.   I contend that preventing our boys from playing cops and robbers; destroying Evil in "Rescue the World"; pretending to go to battle in the Trojan War;  and yes, even partaking in "violent" football games will render us a nation of compliant, submissive and docile slaves.
But pardon me if I am confused about something.  Let me get this straight .... we can't allow our children to "play" with an imaginary finger gun or throw an imaginary grenade.  But it's OK for Hollywood and the video game industries to push their violent games of war that go way beyond "playing", and are barely distinguishable from reality?  There's a mixed message here and I can't figure out the end game.  I am sure it has something to do with "re-education."  But as for me, I am encouraged to see that there are still boys like Rodney, Alex and Hunter.  God bless their parents for letting "boys be boys".  Let their imaginations soar!

Psalm 132:12     "If your sons keep my covenant and the statutes I teach them, then their sons will sit on your throne for ever and ever."

Email ThisBlogThis!Share to TwitterShare to FacebookShare to Pinterest
Labels: Our Culture., Our Youth, Values