Who Is The Enemy?

I was extremely saddened, and then angry, this weekend at the news that the kidnapped workers at the Algerian gas plant were massacred.  According to our government's official statement, "The blame for this tragedy rests with the terrorists who carried it out."  Hmmm, are you sure about that?  Because over the last few weeks, you've laid the blame for domestic violence on the weapons that were involved.  Are you sure you don't want a global ban on the grenades, rocket launchers, suicide belts, and missiles that were among the al-Queda terrorists' arsenal?  Oh, yeah, and what about fire?  They burned the plant and workers were killed by that means, as well.
And if the blame for that tragedy rests with the terrorists, then why doesn't the blame lie with Adam Lanza, James Holmes, and Jared Lee Loughner?  Why is it being transferred to the millions of law-abiding citizens who deplore this kind of violence, and want to be able to protect themselves and their families from it?
It's hard to ignore that our foreign policy includes assisting the very groups and nations associated with these kinds of atrocities with jets and tanks, paid for by American taxpayers; and yet they don't want to help us protect our families and nation from the possibility of these kinds of attacks.  Because make no mistake about it; these groups will not limit their terrorism to the far-off Saharan desert.  It is their major goal to bring it to our shores and our communities. 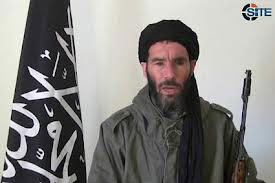 So our government wants to gain "a fuller understanding of what took place so that we can work together to prevent tragedies like this in the future."  What's to understand?  They made it pretty darn clear!  According to a NY Times article, one Algerian who managed to escape told France 24 television that the kidnappers said, “We’ve come in the name of Islam, to teach the Americans what Islam is.” The haggard-looking man, interviewed at the airport in Algiers, said the kidnappers then immediately executed five hostages.  Now what's so hard to understand about that message?
It doesn't take much research to know that the never-changing goals of Islamist terrorists include killing large numbers of Westerners and disrupting states they have put on their enemies list.  Want to guess who is at the top of that list?  And lest anyone think we can negotiate with these terrorists by meeting demands such as they made with the Algerian authorities of releasing al-Queda prisoners from overcrowded jail cells, this latest attack was carried out by a special commando unit, known as "Those Who Sign in Blood."  They are all martyr wannabes.  There can be no discussion, debate or dialogue.  They will not stop until they have reached their goal of annihilation of the West, and that my friends, is us.
So excuse me if I'm a little concerned that our government has no problem loaning money to Muslim Brotherhood-supported Egypt or selling arms to questionable "freedom fighters"in Syria through the back door of Libya.  Why should I see a contradiction between those policies and the current gun control efforts of late?   I found it quite interesting, and telling, that Debka.com views our government's response to the Mali and Algerian situations as further evidence of a foreign policy of "isolationism."  To me, it appears to be more of a strategy of acquiescence; accepting the actions without protest.  But, as an American, I cannot deny the chilling statement on this Israeli website:  Whereas the US homeland may not be in immediate peril from the Mali and Algerian episodes, it is important to remember the far-reaching interconnectivity of al Qaeda’s operations. Seven years ago, the suicidal jihads who on July 7, blew up London trains and a bus, used explosives provided by the same Al Qaeda cells of Sahel Desert which are now threatening Mali and which struck the Algerian gas field.  No US official can guarantee that such explosives from the same source won’t be used in 2013 against American targets in Europe or be smuggled into the American homeland by al Qaeda cells in Europe.
So tell me again ..... why would any intelligent American (or government official, for that matter) think it is a good idea to give up our weapons for self-defense?  Once again, the Devil seems to be selling his agenda to those who are willing to be deceived.  But I have a message for them .... "Those Who Sign in Blood"  are no match for "We, Who Are Covered in The Blood of Jesus."  No explanation needed!

Psalm 60:11-12     "Give us help against the enemy because human assistance is worthless. With God we will display great strength.  He will trample our enemies."
Posted by Pam Kohler at 7:00 AM