God is faithful; by Him you were called into
companionship and participation with His Son,
Jesus Christ our Lord. -- The Amplified Bible

God faithfully keeps his promises. He called you to be partners
with his Son Jesus Christ our Lord. -- GOD'S WORD Translation

God is trustworthy: it was he who called you into fellowship with his Son, Yeshua the Messiah, our Lord. -- Complete Jewish Bible 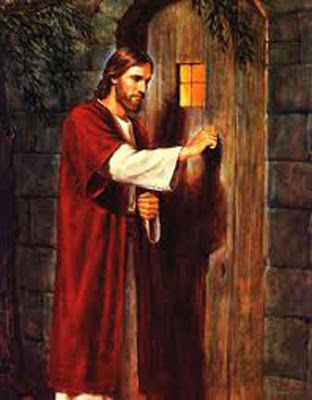 My Ladies Bible Study group has been studying the life of David, which offers us so much insight into the relationship God wishes to have with each of us.  David is often called "a man after God's own heart," which would seem to indicate that he knew where God's heart was; what God desired.  And, to me, that further demonstrates the depth of their relationship.  It was an intimate and cooperative alliance.
I often like to compare different Bible translations, and by doing so this week, I received a fuller sense of this portion of Scripture. And I believe we can use David's relationship with God to show us how we can live out what this Scripture is telling us.
If you will remember, in 2 Samuel 7, God had promised David that his enemies would no longer trouble Israel; David would have peace and his royal house would remain in God's presence forever.  God also promised that He would establish David's throne forever.  And what was David's response?  "“What more can I, David, say to you, Almighty Lord, since you know me so well!  You’ve done this great thing because of your promise and your own desire. You made it known to me." (2 Samuel 7:20-21)
In this passage we can see the relationship between David and God; a relationship we are to emulate.  David believed God's promises, calling Him faithful and trustworthy.  But if you meditate on the Scriptures even more, you will see that David didn't just sit on his throne and wait for God to fulfill those promises.  God "made known" to David what He would have occur.  In 2 Samuel 8, we see David in a series of battles against the Philistines, the Moabites, the Edomites, the Ammonites, the Amalekites and the Arameans; battles in which he wins because he actively participates in God's promise and victories.
In my Bible study on David, this series of events really struck a chord with me.  Our study pointed out that when God assures us of a promise, He desires that we respond by assuming a posture of cooperation in the fulfillment of that promise.  That may mean cooperation through taking decisive action, just as David did; or it could mean sitting still and waiting for further instructions.  But as 1 Corinthians 1:9 shows us, we are called into cooperation, participation, partnership, and fellowship with God's Son, Jesus Christ.
And just by looking at the definition of those words, we get a clearer picture of how we are to respond to God's faithfulness and promises:  we are to collaborate with Jesus; team up with Him; join forces with Him; get involved in His Kingdom; play a role in bringing about His kingdom; form an alliance that advances God's Word and His promises of salvation to those who believe in His Son.
For me, that means that I can not sit idly by on these promises.  God (and Jesus) want my full participation and cooperation; I am their partners here on earth, furthering their cause.  Whether they are  promising to give me protection, a future, peace of mind, new strength in my faith, or eternal life, I have a part to play in seeing those promises come to fruition.  That means I have to BELIEVE that these promises will be fulfilled and act on them.  That may mean that I store extra food, learn new sustainable skills, determine that I answer to God's authority over man's, and ultimately be called upon to sacrifice my life for His glory.  But through my relationship with His Son, Jesus Christ, I will actively pursue a spirit of cooperation with His plan.  When He knocks, I will answer and be a willing partner unto my Lord.
Posted by Pam Kohler at 7:00 AM