Where Has Our Moral Code Gone? (AKA My Big Mea Culpa)

OK, when I'm wrong, I admit it.  And I certainly have egg on my face after the much heralded Oprah interviews with Lance Armstrong.  Several months ago, I dared to take him at his word when he denied that he had ever used doping agents during his seven Tour de France wins.  In my post, I admitted that it was hard to know the truth.  On one hand, you had fellow athletes and teammates testifying he had doped; and on the other hand, Lance had passed all those hundreds of drug tests and beat a two-year federal investigation.  Yet, I trusted Lance's version as truth.  I wanted this man who seemed to exemplify courage, and a desire to win, and an indomitable strength of character to be "the good guy" in the struggle with the insensitive, overbearing government agencies who wanted to bring him down. 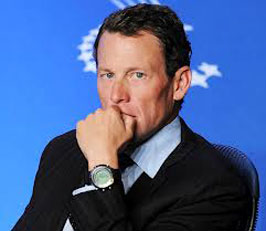 Except he was lying.  And to tell you the truth, this time around, I'm not even sure he is sorry about all the destruction his lies have caused.  He has maligned teammates, ruined their careers, and robbed them of their reputations.  He has accepted millions of dollars in endorsements, offered on the basis of extraordinary accomplishments.  But he earned all those crowns of glory through deception and cheating.
Then there is his LiveStrong Foundation, which has amassed millions from donors for cancer research, community programs, and assistance for cancer victims.  These donations represent the respect people held for Lance's very real and heroic battle with testicular cancer.  Now, this upstanding organization is liable to also be hurt by his lies and pretense.
After watching snippets of the interviews, I wonder if he is sorry for the damage he's caused .... or just sorry he got caught.  I hate to sound cynical, but he didn't appear to be remorseful or repentant.  And to be honest, my interest in this story has nothing to do with the resurrection of the sport of cycling, or the vilification of this pathetic individual.  It has more to do with the moral fabric of our society.
I was sickened by the immediate reaction of some talking head psychiatrists who wanted to paint Lance as the victim of a fatherless childhood, who, at his core, just had an obsession with being loved.  I will give him credit with beating cancer and being an inspiration for other cancer patients.  But that does not give him permission to use that struggle as an excuse for his obsession with winning at any cost.  Because those seven wins no longer represent courage; they symbolize self-interest and an egomaniacal willingness to destroy others in order to perpetuate his own myth.
There are those who surmise that he is considering a political career, and this "public confession" will clear the slate for a new and improved public image.  He should fit right in with the world of politics, don't you think?   But that is just one more reason why this whole episode is so repugnant to me.
You see, I still believe in a moral code.  I take a person at his word, until his actions show that he is not sincere or reliable.  What is it about our society that tells a man it's OK to live a lie?  And to do it almost compulsively?  It has become an insidious byproduct of the declining ethics and principles within our culture:  the politician who denies the affair, when there is blatant evidence of his transgression; or the investment advisor who bilks his clients out of their life savings, knowing that he is destroying their futures while he lives it up; or the celebrated athlete who deludes himself into thinking he can create his own false reality outside the rules that everyone else has to follow.
By now, you must know where I'm going with this admonishment.  Without God, man has no compass for moral behavior.  There is no standard for right or wrong; only what works for you.  Without God, there is no sense of justice; that a price will have to be paid.  You just keep going until you get caught, and then you prey upon society's willingness to forgive the underdog.  Without God, there is no true repentance; there is no sense that you have sinned.   You simply got caught and now must figure a way out of the mess you've created.  But the only way "out" is to step "in" to the saving grace of Jesus.  Until our society quits worshipping the false idols of celebrity, power and money -- at all costs -- we will continue to see this slide towards destruction and decay; not only of our culture and our nation; but of our very souls.

Psalm 36:2-3     "For he flatters and deceives himself in his own eyes that his iniquity will not be found out and be hated. The words of his mouth are wrong and deceitful; he has ceased to be wise and to do good."
Posted by Pam Kohler at 7:00 AM