The Controversial Subject of Fracking

I overheard an interview with documentary filmmakers Phelim McAleer (UK) and Ann McElhinney (Canada) that piqued my interest.  These two filmmakers have a history of tackling controversial subjects and fearlessly questioning the core premise of a position.
Their 2006 documentary Mine Your Own Business, examined the Roșia Montană mining project in Transylvania, Romania.  Environmental groups such as Greenpeace opposed the project, and the documentary asserted that opposition by such environmental groups was unsympathetic to the needs and desires of the locals.   They further maintained that opposition prevented industrial progress, and consequently locked the people of the area into lives of poverty. The film claimed that the majority of the people of the village supported the mine and the investment in their hometown.
They produced a similar documentary in 2009, titled Not Evil Just Wrong, that challenged Al Gore's An Inconvenient Truth, by suggesting that the evidence of global warming is inconclusive and that global-warming legislation will have a negative impact on industry, resulting in more harm than benefits for the human population. 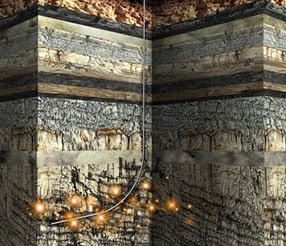 McAleer and McElhinney have now been joined by Polish documentarian Magdalena Segieda, in a new film, titled FrackNation.  The project began as an answer to the anti-fracking documentary Gasland, by Josh Fox.  Fracking (hydraulic fracturing) is a process by which oil and natural gas are extracted from the ground; it has been around for decades.  Fracking makes it possible to produce natural gas extraction in shale plays that were once unreachable with conventional technologies. Recent advancements in drilling technology, such as three dimensional imaging, helps scientists determine the precise locations for drilling.  Highly pressurized water and fracking fluids are injected into the shale areas, creating new channels within the rock from which natural gas is extracted at higher than traditional rates.  The well is then cased with cement to ensure groundwater protection.
In Gasland, Josh Fox asserted that this process was so dangerous, that it was poisoning the water, even making it flammable.  In the making of their documentary, McAleer and his partners confronted Fox on this position, pointing out that water has been lit for centuries (the French explorer La Salle was shown the "Burning Springs" by Seneca Indians in 1669).  Mr. Fox was momentarily able to censor this information from the internet, by having the subsequent video of this confrontation removed first from YouTube, and then Vimeo.  But the law was on the side of McAleer and the video is once again up on YouTube.
The object of FrackNation, as in their previous videos, is to show both sides of the argument.  Environmental groups never show the opinions of the locals that are most affected by these issues. And to be honest, the environmentalists always seem to have a hidden agenda behind their viewpoints.  I am just as concerned as the next person about approaching drilling and the new technology with an eye on how it will affect our environment and lands for future generations.  But the hypocrisy of such "protectors of the environment", as actor Matt Damon, is laughable.  He recently made a film, called Promised Land, which purportedly explored the alleged damage fracking caused both the environment and local communities.  But how can you trust his opinion after discovering that he received funding from the United Arab Emirates, who stand to make billions of dollars in oil if fracking is banned here in America. 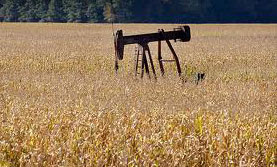 On the other hand, locals who are making hundreds of thousands (if not millions) of dollars themselves from leasing portions of their lands to the oil and gas industry, are subject to suspicion, too.  I have personally seen the favorable impact on families who were on the brink of losing their family farms.  Once, they felt forced to sell their land to housing developers to avoid bankruptcy; now they are the beneficiaries of an economic boom that could allow the US to be energy self-sufficient.  Fracking holds the promise of ensuring cheap energy for generations to come.  Obviously, the locals might have a prejudicial opinion, considering the positive economic impact drilling has brought to their families.
It is hard to know who is telling the truth.  Environmentalists have a visceral hatred for the oil and gas industry, wanting to enslave us to the UN and Agenda 21-style "sustainable energy programs."  But who would that benefit?  "Green energy" sources such as solar, electrical and wind will simply not sustain our economy.  Is this agenda being pushed just to make money for those individual such as Al Gore and Jeffrey Imelt (GE) who have so heavily invested in what they thought would be "the next big thing"?
I have heard it said that the explosion of Natural Gas exploration in the US is what is keeping Wall Street and our economy afloat.  I tend to agree with that.  Millions of jobs and billions in revenue have been the result.  And it just seems natural to exploit the stupendous reserves we have within our own borders.  Why would we want to pay some Arab sheik for oil, when we have a cheap source of energy right here at home?   And just maybe, the Good Lord in His role of Creator of the Universe, allowed all that natural gas to form for just such a time as this.
Yet I can't seem to find answers to questions such as "How does fracking affect our levels of underground water?" I'm not so much concerned about pollution of the water (that problem seems to be eliminated), as I am about the volume of water needed to reach the natural gas.  Seeing the country all around me suffering from a debilitating drought makes this a sensitive issue for me.  But I will admit to ignorance on the actual impact and perhaps someone else can enlighten us.
In the end, I am happy to see documentary filmmakers such as McAleer and friends, who are willing to probe both sides of this important issue.  The one thing I know for sure is that we can't trust the EPA or the UN for honest appraisals.  Our economy and our energy needs will benefit greatly from fracking and the natural gas industry.  We just need to make sure those rewards are balanced by sound conservation policies and protection of water supplies.

FrackNation, the documentary, will appear January 22, at 9 pm ET, on www.axs.tv.  Dish Network and DirecTV will also carry it.

Psalm 85:11-12        "Truth springs from the earth, and righteousness looks down from heaven.  Indeed, the Lord will give what is good, and our land will yield its produce."