How Does Al Gore Sleep At Night?

Al Jazeera America?  Really?  Why would anyone think that this controversial broadcasting company has anything legitimate to offer American audiences?  Praised by its supporters as editorially independent, Al Jazeera is believed by its detractors to be funded and manipulated by the government of Qatar, and to be an instigator of international unrest. 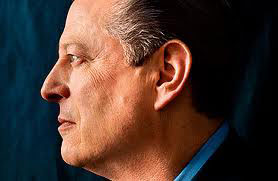 But according to Al Gore and his partner, Joel Hyatt, they sold their Current TV network to Al Jazeera because it “was founded with the same goals we had for Current.” Among those goals were “to give voice to those whose voices are not typically heard” and “to speak truth to power.”  I guess it doesn't matter to them that those "voices" have been some of the world's foremost jihad terrorists.  And I guess it didn't bother Gore and Hyatt that Al Jazeera is known for such anti-American videos as those featuring the late Osama bin Laden, Zawahiri, and American traitor Adam Gadahn.  And I guess they didn't take into account the opinion of Judea Pearl, father of the journalist Daniel Pearl who was murdered by jihadists in Pakistan.  Mr. Pearl has dubbed Al Jazeera “the most powerful voice of the Muslim Brotherhood."
And when one talks about "speaking truth to power", my first thought is whose truth?  As we have seen with our own MSM, "truth" is very often in the control of the broadcaster.  Beliefs and ideologies are presented as Facts; and those Facts can be misconstrued and exploited to further an agenda.  As a case in point, the Columbia Journalism Review has asserted that Al Jazeera has considerable clout as an opinion-maker:  The channel's tremendous popularity has also, for better or worse, made it a shaper of public opinion. Its coverage often determines what becomes a story and what does not, as well as how Arab viewers think about issues. Whether in Saudi Arabia, Egypt, Jordan, or Syria, the stories highlighted and the criticisms aired by guests on Al Jazeera's news programs have often significantly affected the course of events in the region. 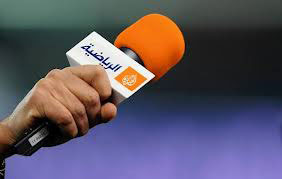 In Palestine, the station's influence is particularly strong. Recent polling indicates that in the West Bank and Gaza, Al Jazeera is the primary news source for an astounding 53.4 percent of Palestinian viewers. The second and third most watched channels, Palestine TV and Al Arabiya, poll a distant 12.8 percent and 10 percent, respectively. The result of Al Jazeera's market dominance is that it has itself become a mover and shaker in Palestinian politics, helping to craft public perceptions and influence the debate. This has obvious implications for the peace process: how Al Jazeera covers the deliberations and the outcome of any negotiated agreement with Israel will fundamentally shape how it is viewed—and, more importantly, whether it is accepted—by the Palestinian public.
Because of this market dominance, the network was widely seen as having a tremendous influence on the Arab Spring.  But the Middle East is not the only region in which Al Jazeera seeks influence.  It has greatly increased its visibility through its internet-based broadcasting division and is also seeking to launch news channels in Turkey, Spain, Latin America, China and Russia --- all in the native languages of these countries.
The Lefties in this country hail the arrival of Al Jazeera in America.  In their view, the network is responsible for reporting widely dissenting news that put the lie to the sycophantic broadcasts of the state-owned radio and television monopolies in the Middle East.  According to one writer for The Daily Beast, he thought " that the first Arab network to spread democratic principles and free speech would be accepted with open arms in the U.S."
What The Daily Beast and Al Gore have missed (or perhaps they actually embrace) is the hatred for America and traditional American values that Al Jazeera seems to overwhelmingly promote through its broadcasting content.  Do they not take notice that America is consistently seen as the Imperialist Enemy and our ally, Israel, as worthy of extermination?  I shudder to think of the influence this network might have upon the millions of "useful idiots" that think Jon Stewart is the paragon of news sources!
It further disturbs me that Time Warner Cable is leaving the door open to the possibility of carrying Al Jazeera America.  Is anyone willing to challenge this playbook from the Devil?  Obviously, Al Gore is willing to sell America's airwaves to a network that consistently presents a favorable view of jihad terrorists who are sworn enemies of the United States.  And he has the nerve to call them "ideologically in line" with his own views.  I will repeat my initial reaction to this whole incident .... How does Al Gore sleep at night?
Then again, I guess a reported $100 million payout and a seat on the Board of Directors is enough to assuage any guilt that Mr. Gore might feel.  One day he will have to answer for this immoral and dishonorable decision.

Psalm 10:7       "His mouth is full of curses and deceit and oppression; Under his tongue is mischief and wickedness."