Daughters of the American Revolution: Fairly Criticized or Falsely Accused? 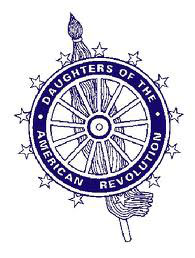 Earlier this week, a Fox News contributor reported that the venerable Daughters of the American Revolution have attempted to remove Jesus Christ from their 2011 publication of their Rituals and Ceremonial Missals (Convocations and Prayers listed as a guideline for Chaplains).  My first reaction, was "How dare they!"  Then I remembered that nothing can be taken at face value where the Media is concerned.
I could not imagine that this patriotic service organization for women who are directly descended from a person involved in the United States' War for Independence would ever consider denying the Christian foundation of this nation.  After all, they work primarily to promote historic preservation, education and patriotism; and removing Jesus from that equation just would not be accurate.  Yet, here is a "conservative" reporter supposedly outing one of the lynchpins of American nationalism. Starnes reports that members told him that the DAR leadership made the changes to be politically correct and to accommodate new members of other religious beliefs.
For their part, the DAR initially made no comment, and then a State Chaplain released this statement:  "The newly updated Missal and Ritual was written to reflect the desire to be considerate of other belief systems.  The Chaplain General uses scripture from both the Old and New Testaments and prays in the name of God without referencing Christ. Chapter and district chaplains need to follow the example set by the National Society.”
I decided to do a little research myself and see just what all the fuss was about.  At first glance, the latest publication of the Rituals and Missals available online, lists an impressive directory of Rituals, including the Pledge of Allegiance (in which "under God" is recited), the American's Creed, the Preamble to the Constitution, and a multitude of benedictions and prayers.  Throughout the prayers, the Chaplains call upon "the name of the Lord", and they end prayers "in your Holy Name".  They pray to "Our Heavenly Father", "God Almighty", "Gracious Lord", "Eternal God" and other variations.  At first glance, this seems to be in line with Christian traditions.
Then I decided to do a little comparison between publications from different years.  I took a look at "George Washington's Prayer For His Country."  This has been included in publications down through the decades and I wanted to see if there had been any considerable changes in the substance of this prayer.  Here is the prayer as stated in the latest 2011 publication:
Bless our land with honorable industry, sound learning, and pure manners. Save us from violence, discord and confusion; from pride and arrogancy and from every evil way. Defend our liberties and fashion into one united people the multitudes brought out of many kindreds and tongues. Endue with the spirit of wisdom those whom in Thy name we entrust the authority of government, that there be peace and justice at home, and that through obedience to Thy law, we may show forth Thy praise among the nations of the earth. Amen.
I then decided to take a look at this same prayer as illustrated in 2001.  It was printed exactly the same, word for word.  But I was still curious to see if our Founding Father's prayer for his country had substantially changed within the last quarter century.  So I took a look at their Centennial 1991 publication:
Almighty God, we make our earnest prayer that thou wilt keep the United States in thy holy protection; that thou wilt incline the hearts of the citizens to cultivate a spirit of subor­dination and obedience to government; and entertain a brotherly affection and love for one another and for their fellow citizens of the United States at large. And finally, that thou wilt most graciously be pleased to dispose us all to do justice, to love mercy and to demean ourselves with that charity, humility and pacific temper of mind which were the characteristics of the Divine Author of our blessed religion, and without a humble imitation of whose example in these things we can never hope to be a happy nation. Grant our supplication, we beseech thee, through Jesus Christ our Lord. Amen. 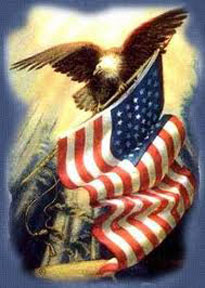 Aha!  There it is!  And if you are capable of any kind of critical thinking you can see a change in the meaning of our First President's prayer.  Over the last twenty years, the value of George Washington's prayer has changed from a Biblical overtone of cultivating the hearts of individual citizens in justice, loving mercy, charity and humility towards a collective multitude that lives in peace and harmony at home and among the nations of the earth.  Furthermore, in 1991, the Chaplain would have asked for these blessings through Jesus Christ.  Not so in 2001 and 2011.  An unnamed God was asked to bestow the more secular blessings of hard work, education and freedom from violence and pride, which have become the hallmarks of American arrogancy among the Left.
I then decided to visit an earlier time in our country's history and read through the 1953 DAR publication.  There was an abundance of invocations that Chaplains had at their disposal.  They overwhelmingly called upon the name of Jesus.  This is just one example:
Dear Heavenly Father, we come before Thee humbly seeking Thy forgiveness for our many shortcomings. We are not able to comprehend Thy great power and love for Thy children, but we feel that whatsoever we ask of Thee through Jesus our Lord Thou cans't give it to us if it is Thy will. We thank Thee for the many blessings we enjoy daily. We thank Thee for our beloved country which is in such peril at the present time. 0 Father, give to the men and women elected to lead us wisdom and understanding and a willingness to ask Thy help that right and Christianity may prevail, and be an example to the rest of the world. In Jesus' name. Amen.
And if you desire, you can go all the way back to the 1903 publication of the DAR Rituals, which reads like an evangelical revival and Fourth of July celebration all rolled into one!  But in the end, I come away from this controversy with the sad realization that even the Daughters of the American Revolution have slid down the slippery slope of political correctness.  While they maintain that they are in keeping with the original intent of the organization and honoring freedom of religion, which was one of the most important facets of American independence, I find the statement by the President General of the National Society of the Daughters of the American Revolution to be of a compromising nature:

"The Executive Officers feel that the revised Ritual and Missals can be used by members of any faith, substituting words as they wish, changing the prayers to suit the needs of the meeting in which they are being used. At our Executive meetings, knowing that we are all Christian, we pray in the Name of Jesus. When those are present whose faith is unknown, we pray in God’s name. However, we all recognize that when Christians pray in God’s name we are, indeed, praying in Christ’s name because the Christian faith believes in the Trinity of God – Father, Son and Holy Spirit. We also understand that our Jewish members know God as Jehovah or Yahweh, Muslim members use the name Allah for God and there are those whose spirituality may have a still different higher power or none at all."
Were there Muslims fighting in the Revolutionary War?  History tells us that one Peter Saleem was a slave from Africa who fought bravely at Bunker Hill.  I am sure there were others, not of the Christian faith, who took part in securing our independence.  But it is a fact that the majority of patriots were of the Christian faith.  While I cannot disagree that the faiths of all Revolutionary patriots should be honored, I find it disgraceful that the name of Jesus Christ has slowly been eliminated from all official ceremonies.   The DAR is adamant that they are not censoring prayers.  On the surface, that is a correct statement.  But they are insincere if they claim Jesus Christ is still a part of stated prayers and devotions.  Chaplains are allowed to insert His name whenever they deem it "appropriate for the occasion and the audience."  My question is this:  Since when is His name ever inappropriate?  And why has His name been removed from the historical prayers and benedictions of the organization?  It is one thing to be inclusive of a patriot's different faith.  It is heresy to exclude the Founding Father's stated faith in Jesus Christ.