Are We Building The Tower of Babel Again?

At first glance, the headlines seem outlandish; even imaginary or phony:  Harvard Professor Seeks Mother for Cloned Cave Baby .... Human Intelligence Will Be Overtaken By Technological Evolution.  You might think you were reading something out of the latest sci-fi Magazine of the Month.  Why would we want to even pay attention to these bizarre notions?
Follow along with my thought process and see if it doesn't make some modicum of sense.  As you know, the Bible is my source for Truth.  I'm one of those who believes that it still has relevance in today's world; in fact, if you dig deep enough you will find parallels to many of our modern situations. 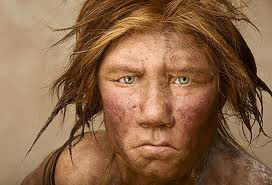 First, let's look at what the crazy headlines above are really telling us.  According to The Daily Mail, Professor George Church of Harvard Medical School believes he can reconstruct Neanderthal DNA and resurrect the species which became extinct 33,000 years ago.  The obvious comparisons to Jurassic Park notwithstanding, this is really creepy because in order to complete his experiment, Professor Church needs to artificially create Neanderthal DNA based on genetic code found in fossil remains. He would then put this DNA into stem cells.   And here's the creepy part .... these would be injected into cells from a human embryo in the early stages of life, which would steer the development of the hybrid embryo along Neanderthal lines, rather than human ones.  The ‘neo-Neanderthal’ embryo would then need to be implanted in the womb of a surrogate mother.   Does anyone else think that this is messing with God's creation?
Next, let's take a look at the Human Intelligence vs. Technological Advancements scenario.  Inventor and Futurist Ray Kurzweil has come up with a theory he calls "The Singularity".  What this means is that he predicts -- in the very near future -- that there will be a profound and disruptive transformation in human capability.  Translated into language we can all understand, he predicts that we are very close to creating a nonbiological (read "artificial") intelligence that will be one billion times more powerful than all human intelligence today.  Mr. Kurzweil was recently interviewed for a Time Magazine article, and the writer, Lew Grossman, summed up the Futurist's theory in this manner:  Once hyper-intelligent artificial intelligences arise, armed with advanced nanotechnology, they’ll really be able to wrestle with the vastly complex, systemic problems associated with aging in humans. Alternatively, by then we’ll be able to transfer our minds to sturdier vessels such as computers and robots. He and many other Singularitarians take seriously the proposition that many people who are alive today will wind up being functionally immortal. 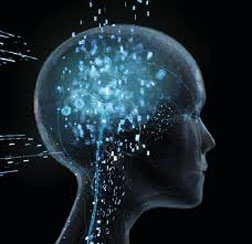 You read that correctly!  Technology is advancing so rapidly, that one day, robots will not only interpret our thoughts for us, but become part of us, thereby securing our immortality!  In addition, Kurzweil feels confident in his theory to make the following predictions:  (See this article on The Blaze for in-depth reporting on Singularity).

•  Our brains will extend to the cloud, which will allow us to learn new things at any age.
•  We will be able to selectively erase pieces of our memory.
•  We’ll be in augmented reality at all times.
•  By 2029, machines will be able to match the intelligence of humans, and they’ll be able to make us laugh and cry.
•  Around the 2030s, tiny “nanobots” able to repair and preserve our organs will keep us healthier and smarter.
•  3D printing will be even more common than it is today, with public 3D printing stations for people to print out clothes, toys, and anything else.
•  Within 25 years, computers will be the size of a blood cell and we’ll be able to connect it to the brain without the need for surgery.
•  Society will reach a state of “technological singularity” in 2045 where technology enables superhuman machine intelligences to emerge and people and machines become deeply integrated.
I could write volumes on all that just these two headlines portend.  But I want you to consider that in one way, these events are not new.  We've been here before in the history of man.  Let me point you to Genesis 10:8-9:  Cush was the father of Nimrod, who became a mighty warrior on the earth.  He was a mighty hunter before the Lord; that is why it is said, “Like Nimrod, a mighty hunter before the Lord.” 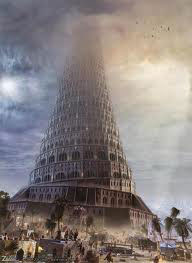 If you are familiar with the story of Nimrod, you know that he is largely held responsible for being the instigator behind the Tower of Babel.   Now you might think that Nimrod is a good guy, based on these couple of verses.  But every commentary I have ever read states that the Greek to English translation of this Scripture is weak.  You have to go to the Jerusalem Targum (a Hebrew translation into the Aramaic language, which was used in Christ’s day), to grasp the full appreciation of these verses.  The Targum states, “He [Nimrod] was powerful in hunting and wickedness before the LORD, for he was a hunter of the sons of men, and he said unto them, ‘Depart from the judgment of the Lord, and adhere to the judgment of Nimrod!’ therefore it is said: ‘As Nimrod [is] the strong one, strong in hunting, and in wickedness before the Lord.’”
The word “before” in verse 9 actually should be translated “in defiance of.” Even his name—Nimrod—means “one who rebels” or “let us rebel.” Nimrod was a Rebel!  He also was a hunter, “a mighty one in the earth,” a hero of the people. With his skills of hunting and war, he protected the people against wild animals, thus causing people to turn to him for protection instead of God.
And we all know the rest of the story.  The ancient historian Josephus says this about Nimrod:  Now it was Nimrod who excited them to such an affront and contempt of God.... He persuaded them not to ascribe anything to God, as if it were through His means they were happy, but to believe that it was their own courage which procured that happiness.... He also said he would be revenged on God, if he should have a mind to drown the world again; for that he would build a tower too high for the waters to be able to reach!
And what did God do?  Genesis 11:6-8 tell us,  The Lord said, “If as one people speaking the same language they have begun to do this, then nothing they plan to do will be impossible for them.  Come, let us go down and confuse their language so they will not understand each other.” So the Lord scattered them from there over all the earth, and they stopped building the city.
It seems to me that when man begins to think that he is bigger than God, or smarter than God, then he begins to think he can BE God.  God knew that Nimrod planned to replace Him among the people on the earth, so He confounded their plans and the Tower of Babel was destroyed.  Do you see the similarities with our modern-day hypotheses?   Monkeying with DNA .... messing with the human mind and trying to create immortal beings?  It looks to me like the created are trying to replace the Creator!   Furthermore, it appears as though we are getting dangerously close to assuming the arrogance of Nimrod; and we saw how that turned out for him, don't we?
The arrogance of it all!  It astounds me that man, who was created in the image of God, would have the audacity to think they could improve on His work.  What God has created is sovereign and supreme!  But if these men knew who God was, they would not dare to challenge Him!  I shudder to think how He will destroy this rebellion against His authority.

Romans 1:20-21      " For since the creation of the world God’s invisible qualities—his eternal power and divine nature—have been clearly seen, being understood from what has been made, so that people are without excuse.  For although they knew God, they neither glorified him as God nor gave thanks to him, but their thinking became futile and their foolish hearts were darkened."

Email ThisBlogThis!Share to TwitterShare to FacebookShare to Pinterest
Labels: Op Ed, Our Culture., Out There, Social Commentary